The Dragon's Dogma demo is almost upon us. What better time to check out the RPG's revolutionary asynchronous multiplayer and character customisation? 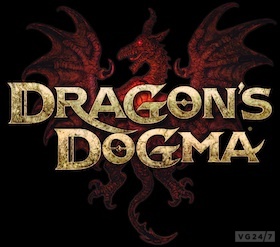 Directed by Hideaki Itsuno, best known for Devil May Cry 2, 3, and 4.

A demo is due this week; the game itself drops at the end of May.

One of the largest projects Capcom has ever embarked upon, topped recently by Resident Evil 6.

There's been little buzz around Dragon's Dogma since its surprise announce a year ago, but you can expect that to change rapidly. The Dragon's Dogma demo is due in console network updates this week, which is as early as tomorrow in some territories. It includes two missions as well as the game's character customisation suite, and players can export their Arisen and Pawn demo builds to the full game.

The game's director, Hideaki Itsuno, is rightfully proud of how extensive this customisation is. Running me through the character creator, he showed off an astounding range of options. Forget hairstyles and facial features - in Dragon's Dogma, you choose height, weight, shape, muscle, age, limb length, stance and posture, and many of these decision affect gameplay in meaningful ways, like equip loads and NPC reactions. The patented amount of variation on offer goes far beyond any other game I can think of, and yet Capcom has made it work with all the equipment and clothing in-game, as well as building cut-scenes which cater to both extremes of height and width.

For many players, this level of personalisation is unnecessary - they'll just grab a preset and go - but Dragon's Dogma gives you a very good reason to bother in the form of asynchronous multiplayer elements.

The player takes on the role of the Arisen, but is accompanied by a party of three AI companions called Pawns. One of these is created by the player, while the others are recruited ready-made from the NPC population roaming the game world, or by summoning from the Rift. Here's where things get really interesting; if you're online when you enter the Rift, you can browse and summon Pawns made by other characters - although they won't become unavailable to their owners.

Every time your Pawn is chosen, you'll be automatically rewarded with currency used to summon high-level Pawns for yourself, as well as a gift item and possibly even a whole new set of equipment. Pawns will come back from adventures with other people with knowledge of quests and enemies, gradually building up an encyclopaedia of information which makes it even more valuable to other players.

What are Pawns? Be informed.

A popular Pawn will appear in the top rankings of search results, which means it will be summoned more and more often - and bring home the bacon by the barrel. Rare items needed for crafting, sweet new gear from high level players, massive piles of moolah - a popular Pawn is a cash cow. The game supports all sorts of clever ways of promoting your Pawn, from extensive in-game search options to help players find effective companions, to built-in Facebook and Twitter sharing which show your gamertag or PSN ID to the world along with a screenshot.

Putting the pieces together now? If your Pawn looks like a total god damned badass, you're going to be rolling around in wealth. You'll want to invest some time in that customisation suite.

At a preview session in Sydney recently, Itsuno was frustrated that, prior to release, he can't properly show off the game's unique take on network features (especially the bit where other players can send your Pawn back in a bikini, or, less trollishly, a nice new set of armour).

It's obvious Itsuno and his team are aware of the sexiness of asynchronous multiplayer, lately popularised by the messaging, ghost and reputation systems of Demon's Souls. What's less obvious is why, with such a perfect set up for Monster Hunter style co-operative multiplayer, the team didn't just go all the way.

"I think that multiplayer limits your playing. You can’t really play when you want to play. You have to work around everybody else’s schedule. I didn’t really like that."

"There are two reasons why it's not full on multiplayer. The first is that, well, there are so many multiplayer games out there and if we made it a full-on multiplayer we didn't think that it would stand out as much," Itsuno said.

"The second reason is that, personally, I think that multiplayer limits your playing. Time, for example. You have to set up a time to play with your friends. You can't really play when you want to play. You have to work around everybody else's schedule.

It's a compelling argument in favour of the single-player RPG of the future - personal, but connected - and it demonstrates the experience-first attitude that shines through all aspects of Dragon's Dogma's unusual design.

Dragon's Dogma arrives on PlayStation 3 and Xbox 360 on May 22 in the US and May 25 in Europe. Keep an eye out for more material from our time with Itsuno-san.