Recently we put a video up that showed off a bunch of combat from Doom Eternal and one piece of criticism kept cropping up: people hated the UI.

After having played the game myself, I have to say it’s not something I even noticed. That’s because of one of two things: one, I’m colourblind as shit. Two, Doom Eternal doesn’t give you time to admire its UI.

You can see it for yourself in the video below:

In a recent interview with creative director Hugo Martin and executive producer Marty Stratton, I asked about the feedback the team has been getting.

“The thing about the UI - when you actually play the game, and you have it in your hands, the game moves at about 200 miles an hour,” Martin said. “We're throwing so much stuff at you, and when you're in that situation, if you're in a race car going that fast around the track, all of the messaging has to be big, bold and loud, otherwise you're going to get fucking killed.

“So the colour of wheel is that way so that in a millisecond glance, you know what ammo you have, how much you have. Pickups are loud because you need those to survive in the game. The UI itself is meant to be big and bold, so that way, again, you don't want to die because you didn't know what state your resources were in.” 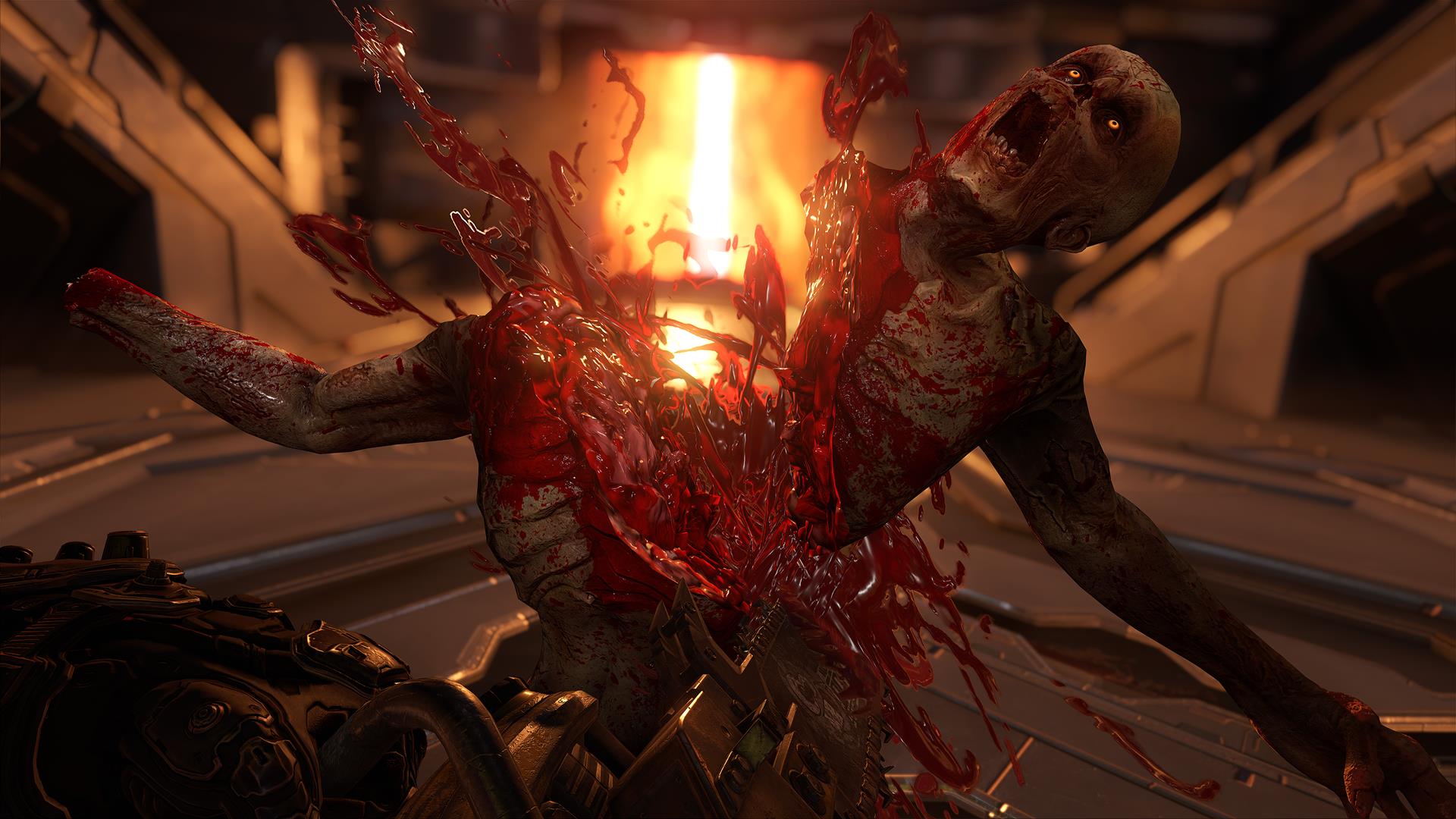 Doom Eternal is still in development - things could change. The game isn’t out until November 22 so there’s plenty of time for last minute tweaks, but the team feels confident with what it has right now.

“I would tell the fans, just play the game, and then tell me what you think,” Martin asked. “We are listening, though, we respect our fans tremendously, but it is built that way for a reason, to help you survive. And if you died because it was too subtle, there's really not a lot about the game that can be subtle for a game that's as action-packed and intense as our game is, because subtlety will get you killed.”

Doomslayer isn’t exactly the most subtle protagonist either, so it makes a lot of sense. For more, check out our Doom Eternal preview.