If you got the money, honey, the Dark Souls Trilogy has the time.

Bandai Namco is offering a limited number of Dark Souls Trilogy Collector's Editions to those with extra funds sitting around.

The £449.99 package comes with all three Dark Souls games, the DLC, and other physical goodies. What makes this an expensive purchase is the hand-painted, numbered 34cm Elite Knight at the Bonfire statue. It is rather neat to be honest.

The Dark Souls 3 Prestige Edition was also rather expansive, and equally as cool. Expensive CE sets are nothing new for any IP, and we've dropped our fair share of coin on a few so there's no shame in it.

You can pre-order the collector’s edition exclusively for PS4 and Xbox One from the Bandai Namco Europe store. The page seems to be having issues as of press time, but hopefully it will be back up soon. 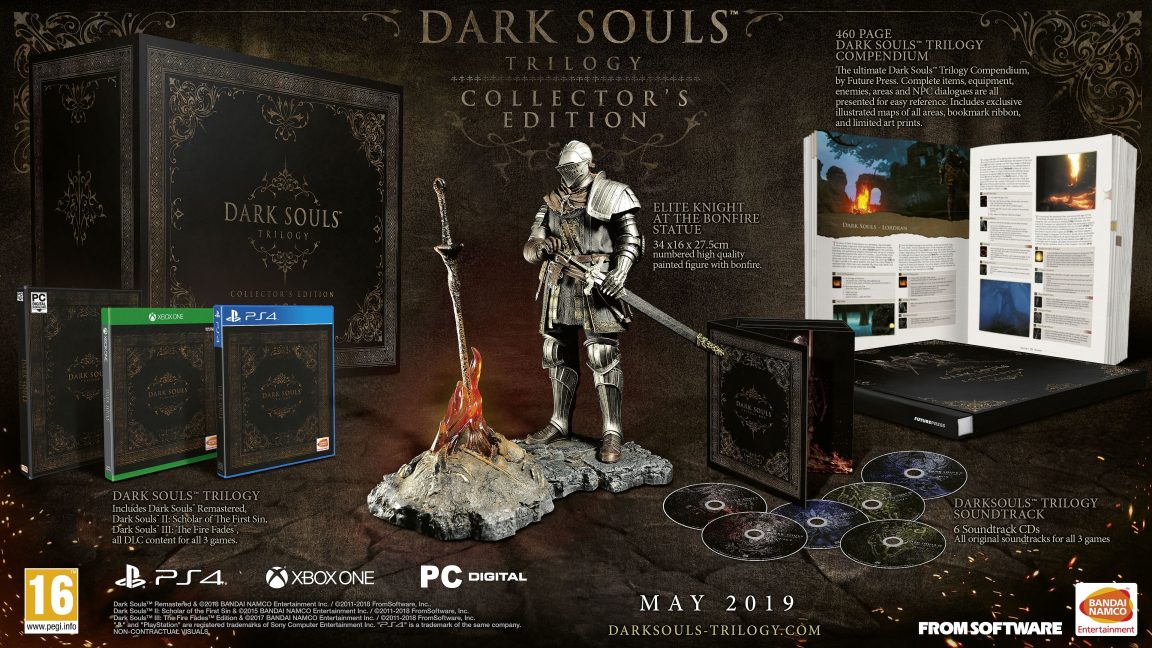 Dark Souls Trilogy Collector's Edition is limited to 2,000 units and contains the following:

Due to the time needed to hand-paint each statue, delivery will start May 31 and extend through June.

As a reminder, the standard edition featuring all three games, DLC and digital soundtracks, will be released March 1 in Europe and the UK.