In an interview with GamesIndustry.biz, legendary game designer Mike Pondsmith offers insight into the development of Cyberpunk 2077.

At the fifth annual Retro Inspired Game Jam at James Cook University in Singapore, a 24-hour game jam event organised by associate professor Roberto Dillonfor the past five years, guest judge Pondsmith was there to help share his expert knowledge with the next generation of video game designers. 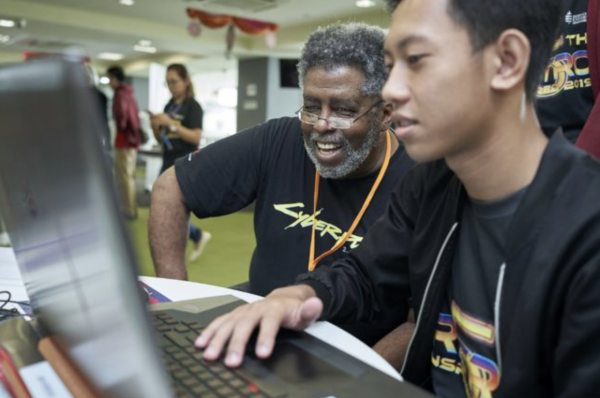 He also gave some insight into the development of Cyberpunk 2077 - arguably 2020’s most anticipated release – and how he has worked with developer CD Projekt Red to bring the tabletop universe he and his acclaimed publishing company, R. Talsorian Games, created.

In the interview, he recognises the transformation of video game development as a whole, saying “"AAA titles are a lot of the ways they are because they're expensive as heck. You know, when I started, it was three guys banging away in a garage somewhere, and that's not happening now.”

Since Cyberpunk 2077’s announcement and continued demos at major events like E3, many players have criticised the handling of gender politics within the game. Pondsmith responds to this by saying:

"The first thing is, if you want to get somebody to kind of see your point of view, don't preach. At least for Talsorian, we always had kind of a generally progressive leaning anyway. A lot of this is kind of like, 'yeah, we were doing this back in the '80s.' We had transgender people running around in Cyberpunk in 1989...because my friends are transgender. So what's the deal? Why not? But that's not preaching -- this is the world I see."

It’s clear Pondsmith is dedicated to preserving the ways he grew up with, while also embracing the new and modern world of entertainment. Read the full interview here.