Microsoft has updated it offerings coming to XBL Marketplace, and it kicks off today with deals on PopCap games, a Sega Publisher Sale, and a Black Ops Sale and more. Full update below.

Dungeons and Dragons: Chronicles of Mystara releases tomorrow, and Spartacus Legends on June 26. The later will be free.

You can look over the rest in the image below or through Major Nelson. 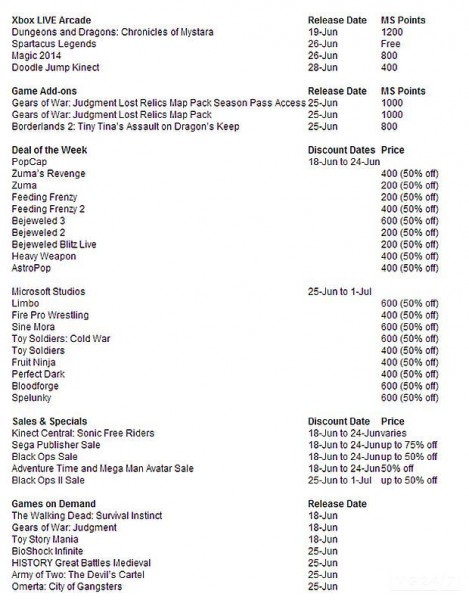