Capcom may be about to revive the Onimusha franchise in some way.

The publisher has been on a trademark registration spree, registering for several Onimusha trademarks in Mexico, Canada, the Philippines, Australia, and with the European Union Intellectual Property Office in Europe.

The World Intellectual Property Organization (via ResetEra) has several of these recent trademarks listed in its database across many countries.

The trademarks cover video games, both physical and digital, smartphone games, as well as other associated items like music and merchandise. All of these recent registrations were made in early April, and they all feature nothing but the brand Onimusha, no numbers or subtitles.

It's not clear if Capcom intends to reveal a new game (or games) in the Onimusha series, or if the company is simply keeping its trademark updated. 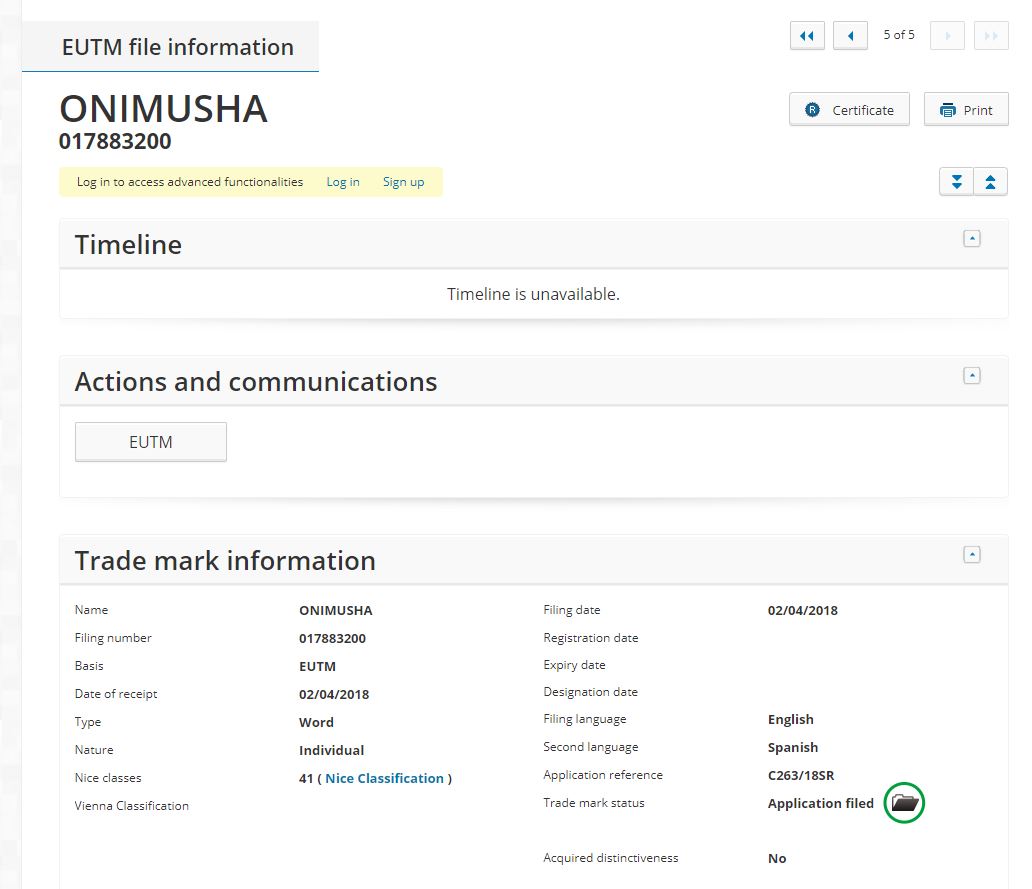 The Onimusha series has been dormant for well over a decade. The last mainline release was Onimusha: Dawn of Dreams, which launched in 2006 on PS2. Not counting Blade Warriors and other spin-offs, the mainline series is made up of four games, all released on PS2.

There's also the possibility Capcom is looking into remastering or remaking the mainline games, though the idea of a fresh new Onimusha sounds more exciting.

A Souls or even Nioh-like modern iteration could do really well, as Onimusha was already appreciated by a particular group of action game fans.