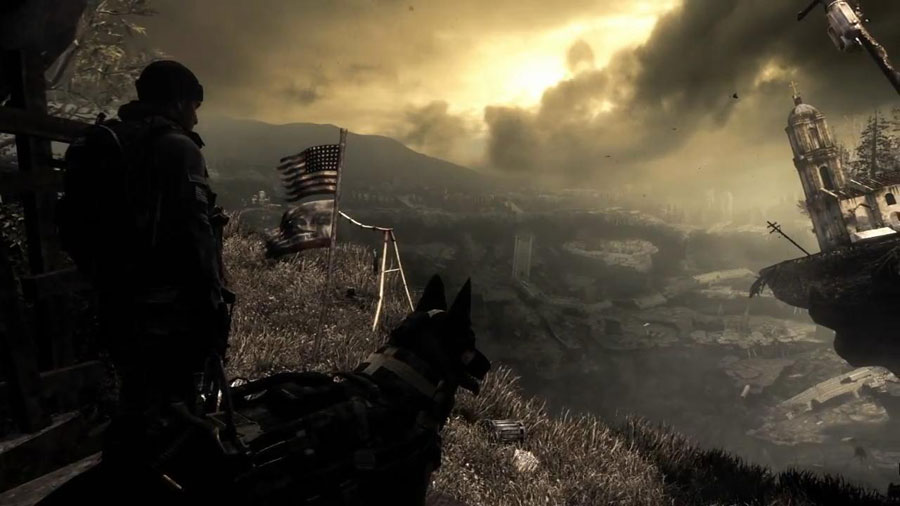 The cut scene lets you know that the intelligence gathered provided useful information. The Federation missile program is being developed in a factory near the Port of Rio. That coast is locked down so you're being sent in to create a diversion by sinking their Atlas Platform to the south.

When the mission begins you're underwater. Detonate the charges and take out the soldiers as they fall through the ice. Break through the ice and start mowing down the opposition. Keep in mind to use your grenades and cover if you get overwhelmed. When you get the all clear deploy your grappling hook and ascend. When you hit the top start dropping Federation soldiers and keep following your squad.

After you breach the door toss a flash bang inside. Start fighting your way through the room but don't move forward too quickly. Make sure to always keep targets in front of you. Breach the second door and use the console. Stay on Merrick's six and engage when he gives you the weapons free command. Push through the opposition until you reach the Command Center.

Take control of the console and keep the pressure in the green. If you get it on the first attempt you'll unlock the Grindin' trophy for the PS3 and Xbox 360 achievement of the same name. When everything starts to explode just run and follow Merrick. Look back to see the Atlas destroyed, ending the mission.