This year's Bethesda E3 briefing will not move from its usual time slot. 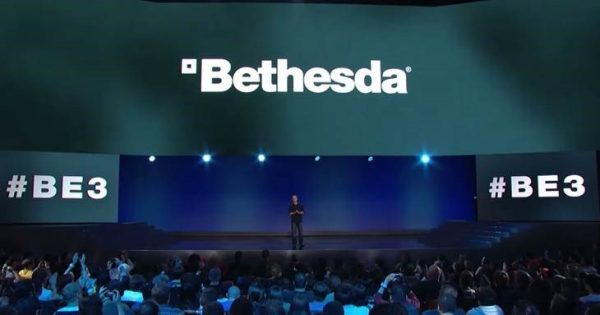 Following Microsoft's announcement earlier this week that its E3 conference has been moved to Sunday, Bethesda has now confirmed that its showcase event will remain on Sunday.

Bethesda carved out the Sunday spot for itself two years ago with its first E3 conference, but it now appears it won't be alone on that day. The confirmation comes by way of Bethesda's official Twitter account.

Sunday before E3 getting busy. Imitation IS the sincerest form of flattery. Bethesda E3 Showcase will still be Sunday pm. Details soon! #BE3 pic.twitter.com/Sm7auKtFDf

Later, Bethesda VP of marketing Pete Hines confirmed that the show will in fact be held at the same usual time. Which means, it will take place Sunday, June 11 at 7pm PT /10pm ET.

@JuddStewart just letting folks know that we are doing a showcase. because i get asked a lot. and that it'll be the same day/time as usual

This puts it a couple of hours after Microsoft's show, which is a bit of a break if you were planning on catching both live.

At the time of writing, no other details about the event were revealed, such as the type of games that'll be on show, and so on. That said, it's very likely we'll be seeing new Quake Champions footage, and perhaps finally get an official announcement of the next Machine Games-developed shooter - likely a Wolfenstein sequel.

Stay tuned for more information, leaks and rumors as we get closer to E3 2017. Of course, as with every year, VG247 will be attending.