It's been a decade since American McGee's Alice brought Goth culture to gaming, but "dark" has since become standard. Can Madness Returns compete with today's preoccupation with grit? 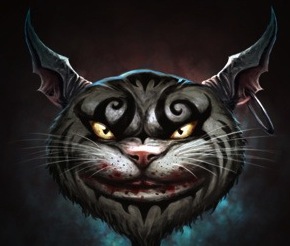 Ships with a download code for the original game.

In 2000, the Gothic culture building since the 1980s was arguably at its peak: just mainstream enough to be affordable but still cliquey enough to feel special, shedding its punk associations. In 2011, the dark underground has all but been subsumed into alt-rock, punk, emo - perhaps even scene-kid and hipster. Skulls, crossbones and OTT hairstyles are everywhere, but the feeling's not the same, American McGee agreed with VG247 on Friday.

"I think from the moment that we made the first game, there was a whole scene that was much more vibrant - you know, Rob Zombie and Marilyn Manson, Nine Inch Nails," the famed designer noted.

"I've actually read a bit on the transformation of that culture after nine-eleven, because at some point people were like, 'Well, I'm just not fucking dark enough.' You sort of had to give it up.

"But I think we've seen the sort of Victorian Gothic elements still remain - that's a much more art and fashion-focussed version of the idea, right? I think as it applies to our game. There's still an audience out there; there's still aspects of the product they can appreciate."

"I don't think we're making the product for any hip scene that's going on," he says.

"We're going back to the roots of Victorian culture, where all that fetish and cool stuff comes from. We took inspiration from Gothic architecture, from fashion at the time, from surrealist artists, so I like to think that what we're gonna offer sort of has an eternal appeal."

In fact, this time around, the dark heart of the game beats harder - and smarter.

"The art aspect the Gothic part of the game this time around is much better informed," McGee says.

"I dunno if I'd say it was a one-note dark [in the first game], but it wasn't as varied as what we've produced this time around with Ken and his team really putting their minds to a lot of different elements of the Gothic, and the Victorian culture from the era."

Have you thought about releasing any of your research and source material, a lá L.A. Noire's interactive crime map?
"There's a really beautiful book of art that Dark Horse has put out, that contains all of the work that Ken and his guys did, and a lot of the thoughts they were having about those pieces while they were making them."

Certainly there was no conscious decision to incorporate inspiration from current fashion in the design, for example.

"It's all of the period. One of the things we adhered to while working on the game was this concept was that anything you saw in Wonderland had to be the natural product of Alice's imagination, which meant that the character of Alice need to have been exposed to that idea, that image or that experience in her real life," McGee stresses.

"So we went back and researched music and literature and opera, news of the day, to make sure that we had a sense of the things she would have been immersed in, so that when we produced the fantastic [or] surreal elements of Wonderland, they could have a natural source."

Nevertheless, enough time has passed that some of the gamers playing Madness Returns won't remember the days when frock coats and fob watches walked the streets independent of doom, gloom, and other things ending with "oom" and on sale in all major retailers. Wong says Spicy Horse weren't concerned about Madness Returns possibly being given the same labels as shadowsoft.

"I don't think we were really thinking about how people would see us compared to like, Twilight or anything. We were working hard at making the most fun, visually appealing, awesome Alice game that we could," he says.

"For me it's as simple as that. Personally I see this in a different category," McGee chimes in. "There are all sorts of different shades, right? I wouldn't put this in the same book as something like Twilight for instance.

"I think Alice, in the first game, created a branch in that story's fiction, and the character's narrative, and one that's quite viable and just like the original books, will live on. And this is an extension of that.

"As we see it, every generation spends some time to retell the tales from the past, and this us retelling the retelling of one of these tales, and I think it'll live on despite whatever else is going on around it."

The next folklore to receive Spicy Horse's attention is one it has already explored through its mobile division, Spicy Pony. Akaneiro, a retelling of Red Riding Hood set in Feudal Japan, was released as an iPad storybook.

"Got a kinda dark Japanese spiritual twist to it," McGee says. "We're currently looking at adapting that into a PC online and mobile online game."

Red Riding Hood is a popular subject for dark re-interpretation, but McGee seems unfazed, commenting that he enjoyed Belgian indie developer Tale of Taler's take on the story: The Path.

"Yeah, it's great. Yeah, I really love the guys that are working on that," he says.

"I've talked to them many times and I find their exploration of the medium to be really inspirational."

Where do your sympathies lie in the debate on Lewis Carroll's relationship with the real Alice Liddell?
"That, I don't know, and we're not qualified to comment on."

What's your favourite weapon?
"The obvious answer is the Vorpal Blade, because that's her signature weapon."

On the recent film - directed by Twilight lead Catherine Hardwicke and a similar product of the Mills-and-fangs school of dark fantasy - he is less enthusiastic.

"I don't know that I would consider Twilight Gothic," McGee protests.

"Have you seen the trailer for that Red Riding Hood film? I don't know that I would consider that… There's an episode of South Park that made me laugh because there was a whole Twilight thing taking over the school, and the Goth kids - the original Goth kids - were getting quite upset because they were being categorised as emo and Twilighters, so they had to go and destroy Hot Topic, the source of all evil.

"There's categories within categories. I don't think that what we're working on will be hurt by that, and I also don't think that the people who watch those movies will be turned off by our Alice and maybe some of our fans cross over and like the Twilight stuff."

McGee was quick to reiterate that the market for shadowsoft had no effect on Madness Return's development.

"Did we pander to or change our vision to try to adapt to whatever's going with stuff like Twilight? No. Not in any way."

Wonderland and the real world

McGee is confident enough in the distinctiveness of his vision of Alice that he'd be keen to see a long-delayed film version come to light, describing the possibility of an adaptation as "fantastic".

"We'd be really happy to see someone bring it into film or TV. In some ways the film project in some ways continues to live on, there are producers in Hollywood who are actively trying to see it made. Hollywood sometimes moves slowly. We'll wait and see," he says.

In fact, Spicy Horse incorporated a number of cinematic tricks in the development of Madness Returns. McGee lists his favourite derived character as the Red Queen, but praises the team's work on the Carpenter.

"His performance in the game is fantastic - his lines are great, the acting of them, the movements in the game are great - and that's all a function of the guy who animated him and did the motion capture for him.

"So that guy's skills, his ability as an actor and an animator really show through."

But is the wider world of media ready for McGee's Alice, which features a less-than-subtle depiction of mental illness in a culture increasingly wary of loaded political questions on care and agency?

"You know, when we're building these games, we're using the concept of losing your mind as an edge. The terror, right?" McGee says.

"It's difficult to be sensitive when in fact, this is the bludgeon that we're using to create terror for Alice and for the audience.

"At the same time, there's this concept of her having a strength about her that allows her to overcome that fear, that terror. If anything, there's a message in there for peopler who are looking for one. Here's a witty, intelligent and strong woman who's able to fight past those demons."

Asked if there was anything left of the Carroll mythos to explore, both McGee and Wong seems to feel there was plenty of scope for more Alice games.

"We took a lot of stuff from the [Alice] books that couldn't really make it into the game," Wong says, giving the Lion and the Unicorn as an example that didn't make the cut.

"We didn't get the opportunity to really make it in the game, but we think that could have been something really amazing. That would be my favourite one."

McGee seems to have his sights set higher.

"For me, the concept of Wonderland is this playground of the imagination. We could go on making these games for the next 30 years.

"The technology is always going to be playing catch-up with what you can imagine her being able to do. I think if we ever get the chance to make another one, it'll just be, once again, trying to push the boundaries of the surreal or the strange actions that she can play out in the world."