Ace Combat 7: Skies Unknown is out in the wild, so here are a few tips on how to avoid getting blown up by missiles and where to find those elusive Ace aircraft.

With the release of the PC version of Ace Combat 7: Skies Unknown only a few weeks away, we thought we’d take a look at some of the most frequently asked questions from players.

In this guide, we’ll cover how to launch flares, how to change your aircraft’s skin and the best way to farm MRP, Ace Combat 7’s in-game currency. We’ll also be looking at the Named Aircraft you can expect to see and where to find them.

How to use flares

To launch a flare, press down on L3 and R3 on your PS4 controller - or on the analogue sticks if you’re playing on the Xbox One - at the same time to deploy a flare. Wait until the enemy aircraft has locked on to you and is approaching from behind before releasing the flare.

If done properly, the missile will chase and destroy the flare, leaving you free to fly another day.

How to change your aircraft’s skin

There are loads of skins available for your aircraft in Ace Combat 7, but you can't select them from the get-go.

The short answer is you must complete all 20 missions in the single-player campaign before you can change your aircraft skin. Once you’ve done that, the skins become available as customisation options, similar to the part upgrades selection screen.

How to farm MRP

Completing missions will earn you MRP, an in-game currency you can use to unlock parts, weapons and new planes to use in both the campaign and online multiplayer. You can earn MRP from both the single-player and multiplayer modes, with multiplayer being the slightly faster option.

You don’t need to perform particularly well in a multiplayer session to net a tonne of MRP, but the higher the ranking the better the payout.

Replaying campaign missions in Free Play is another sure-fire way to earn MRP. Missions such as Fleet Destruction and Lighthouse give you a generous amount of MRP on completion, so take your time going through the latter missions again. 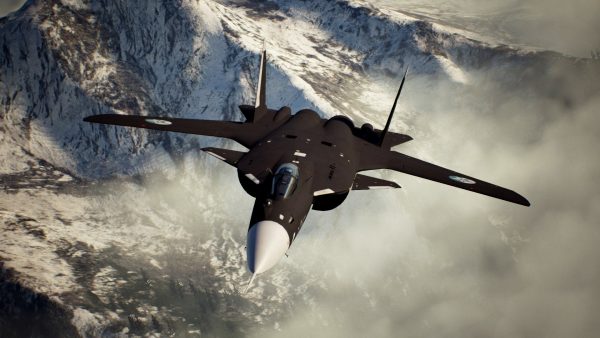 There are 24 Named Aircraft in total, and there is often more than one in each level. There are a few requirements you need to meet in order for the Named Aircraft to spawn, so here’s how to do it and where to find them:

Destroy all the Radar Vehicles and the TGT-marked Control Tower in Mission 2 before the UAVs spawn. JESTER will appear on a runway near the base after the UAV spawns.

In Mission 3, shoot down all of the enemies in the first section of the mission in less than 90 seconds. BAYONET will spawn in the Northwest corner of the map.

Fly below 650 feet until radio silence is lifted and you arrive at the space elevator in Mission 4 in order to spawn RONIN.

Survive with at least 75% damage with your weapons disabled in Mission 5. FANG will appear in the centre of the map once you have destroyed the three bombers.

In Mission 6, fly through the tunnel in the west base, and then KITTEN will spawn in the Southwest area of the map.

Destroy all non-TGT enemies in the first section of Mission 7 for FAUCON to spawn.

Destroy all oil facilities in mission 8 before the timer runs out to spawn GAZELLE.

Destroy at least half of the non-TGT enemies before destroying all Radar Towers in Mission 9.

Destroy all SAMs as quickly as possible in Mission 10. 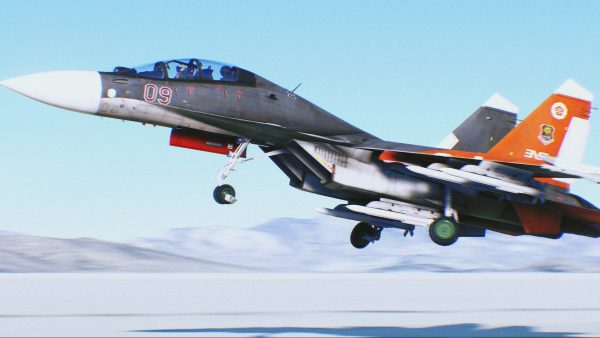 Fly through the gap between the Northeast platforms in Mission 11 to spawn IBIS.

Also in Mission 11, destroy all of the aircraft on the north platform before they take off.

Don’t let Stonehenge get damaged to spawn the Walrus in Mission 12.

While in Mission 12, fly underneath one of the Stonehenge railguns.

Destroy the Mission Solis as quickly as possible for COMET to appear in Mission 13.

In Mission 14, fly through the canyon as fast as possible.

Earn 5,000 points higher than the requirement for the first section of Mission 15 and SERPENT will spawn in the Southwest.

Destroy the Aegis Ashore near the GHQ at the end of the first section of Mission 15.

Earn 15,000 points in Mission 16. Note: AXEMAN will be marked as Unknown until it is confirmed that they are an enemy.

Fly above and close to the mass driver rail in the first part of Mission 17. MANTIS will also be marked as Unknown at the beginning.

Destroy all enemies and reach Shilage Castle in under two minutes in Mission 18.

In Mission 19, earn 20,000 points in the first section. CALAMITY is a stealth aircraft, so will not appear on the radar until you are very closeby. It will spawn Southeast of the space elevator and will head South.

Also in Mission 19, again you’ll need to earn 20,000 points in the first section. It will actively begin engaging allied aircraft, so act fast.

Ace Combat 7: Skies Unknown is out now for PS4 and Xbox One, and February 1 for PC.