As with any Monster Hunter game, Monster Hunter Stories 2 rare monsters are your best bet for getting powerful equipment to tackle late-game challenges.

Given the name, it should come as no surprise these rare monsters are difficult to find in Stories 2. The likes of Nargacuga and Anjanath only pop up once you’ve met certain conditions.

Nergigante might be the rarest of all in the main game, and it’ll take some dedication to finally track its egg down. Once you’ve cleared the story, however, it’s time to track down Monster Hunter Stories 2 Elder Dragons and Deviant Monsters.

Our Monster Hunter Stories 2 rare monsters guide gives you the locations of some of the strongest and most sought after beasts in game, so you can add them to your team as soon as possible.

For more on how to grind out the most powerful versions of each monster, check out our guide on how to farm the best eggs in Monster Hunter Stories 2.

You can try your luck finding these monsters in rare dens, but you can also force most of them to retreat for a guaranteed chance of finding their egg. The paintball trick — using a paintball, then defeating the monster within three turns — works, but each has a particular weakness that raises the likelihood of a retreat.

They appear in rare dens scattered around the Alcala region itself in addition to rare dens in West Etuelle Forest.

If you encounter wild Nargacuga, you can force them to retreat if you use a pitfall trap during the battle or, less likely, with the paintball method.

Rathian also call Alcala home. There’s a chance to grab a Rathian egg during the associated story quest following a boss fight, and after that, you’ll want to look in rare dens and also the Mt. Harzgai location.

You can force Rathian to retreat by using a Kinship Skill during the fight. 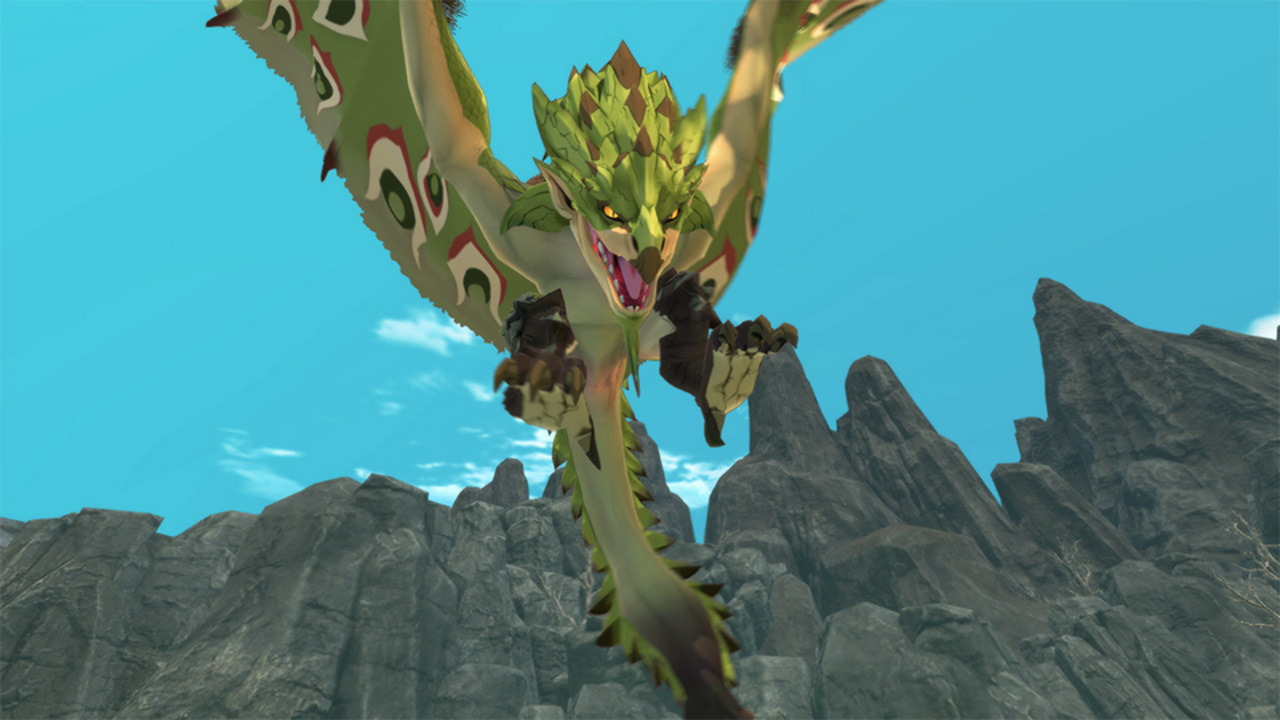 Finding Legiana is similar to finding Nargacuga. You’ll encounter one during a story quest in Loloska and, after the boss fight, get a chance to obtain a Legiana egg. After that, the flying wyvern has a chance of appearing in rare dens and the Lavina Glacial Peaks.

You can force Legiana to retreat by using a flash bomb while it’s gliding, then attacking it with an electric attack.

You’ll run into Anjanath early in the game, but won’t get a chance to find its eggs or fight it in the wild until you reach the Loloska region. Anjanath only pop up in rare dens and in the Loloska Forest, so you might be looking for a while.

In battle, break its nose using a water element attack to increase your chance of making it retreat.

After the Mizustune boss fight in Lamure, you’ll have a chance to find Mizutsune and Mizutsune eggs in Pomore Garden. One subquest tasks you with hunting Mizutsune, which is a good chance to force a retreat and guarantee finding its egg. Use an Astalos Kinship Skill during the fight to make this happen.

Glavenus eggs start appearing in Alcala Rare Dens once you’ve completed the Glavenus boss battle. You might get lucky and find a wild Glavenus roaming the main region in Alcala, and there’s a 7-star subquest that leads you to a wild Glavenus as well. Use a Mizutsune Kinship Skill during the fight to raise your chances of forcing its retreat. 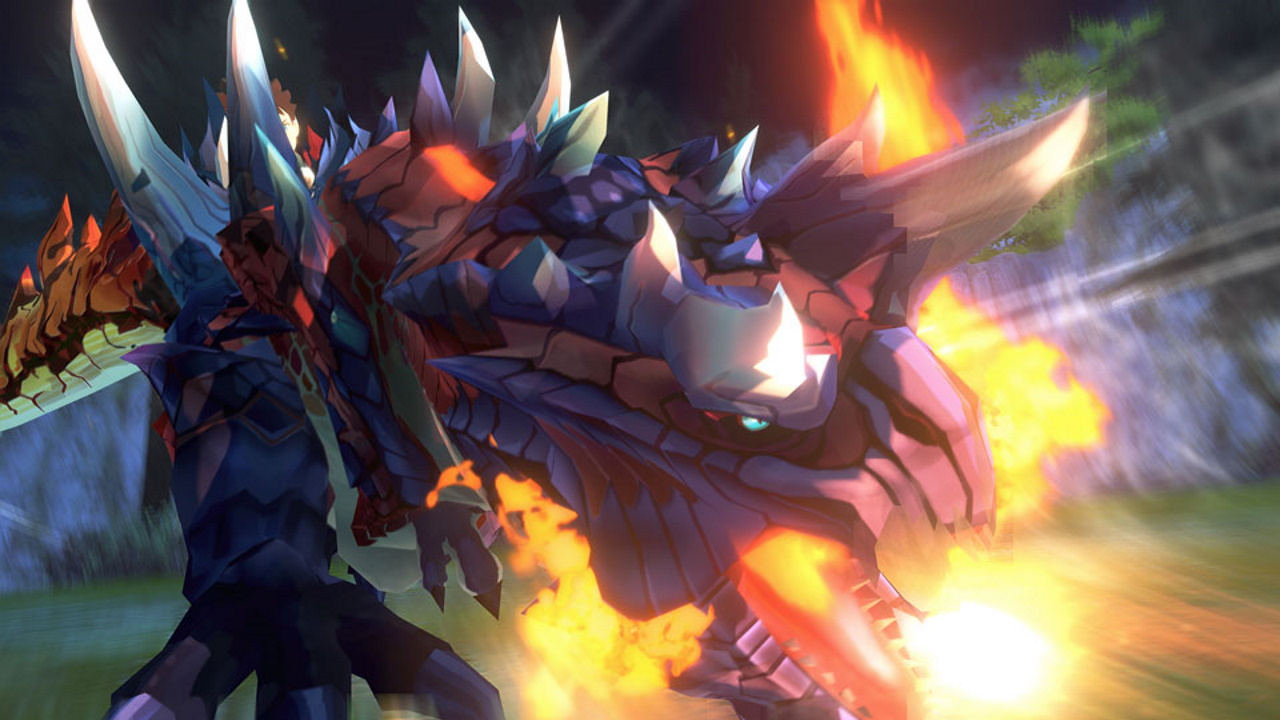 With Glavenus in hand, you’ll have a better chance of obtaining Gammoth as well. Assuming you don’t force it to retreat in the Royal Monster fight earlier in the game, you’ll have to wait until you revisit Loloska during the story. Then, you can find Gammoth and Gammoth eggs in the Loloska region. Force wild Gammoth to retreat using a Glavenus Kinship Skill.

Bazelgeuse is a post-game only monster. You can find it in rare dens on Hakolo Island once you’ve cleared the main campaign.

Nergigante is a special case because it won’t retreat. You’ll have to find an egg, which means attempting to find rare high rank monster dens.

Nergigante could appear in these dens at the base of Terga Volcano, but be prepared for many refreshes before actually getting a Nergigante egg. That goes double if you’re trying for a rare egg.

Nergigante aside, you’ll encounter Elder Dragons only after finishing the main game. There are a few ways to make that happen.

The first is taking on co-op quests, which you can do in single-player mode as well. Once you’ve finished the game and unlocked 8-star co-op Expeditions, use a Super Rare Expedition Ticket and pick any of the available 8-star Expeditions.

There’s a higher chance the target in these quests will turn out to be an Elder Dragon. Here’s where to look for each Monster Hunter Stories 2 Elder Dragon:

You can also take on High Rank missions after finishing the Clerk’s Letter quest. You’ll eventually get access to Deviant Monster quests where you fight the Deviants in their dens and, after that, quests to track down Elder Dragons as well.

Finally, if you have the patience, you can track down Super Rare Dens for a chance to find either an Elder Dragon or Deviant Monster egg.

Whatever your goal, make sure you’ve got the Bottle Caps necessary to fund your Expeditions and optimize genes. If you’re looking for an extra challenge to take on with your powerful new Monsties, seek out the Royal Monsters scattered around the world.