The Red Dragon appears early on in Demon’s Souls, but even though you’re not really supposed to try and fight it, can be slain in several different ways.

All strategies involve running past the dragon and heading up the stairs to the top of the first tower.

Demon’s Souls – How to beat the Red Dragon

The most popular and easiest method is using a bow.

Grab your strongest bow and as many arrows as you can. The best way to do this is to manually aim and time your shots. You should be able to get one shot in per run. 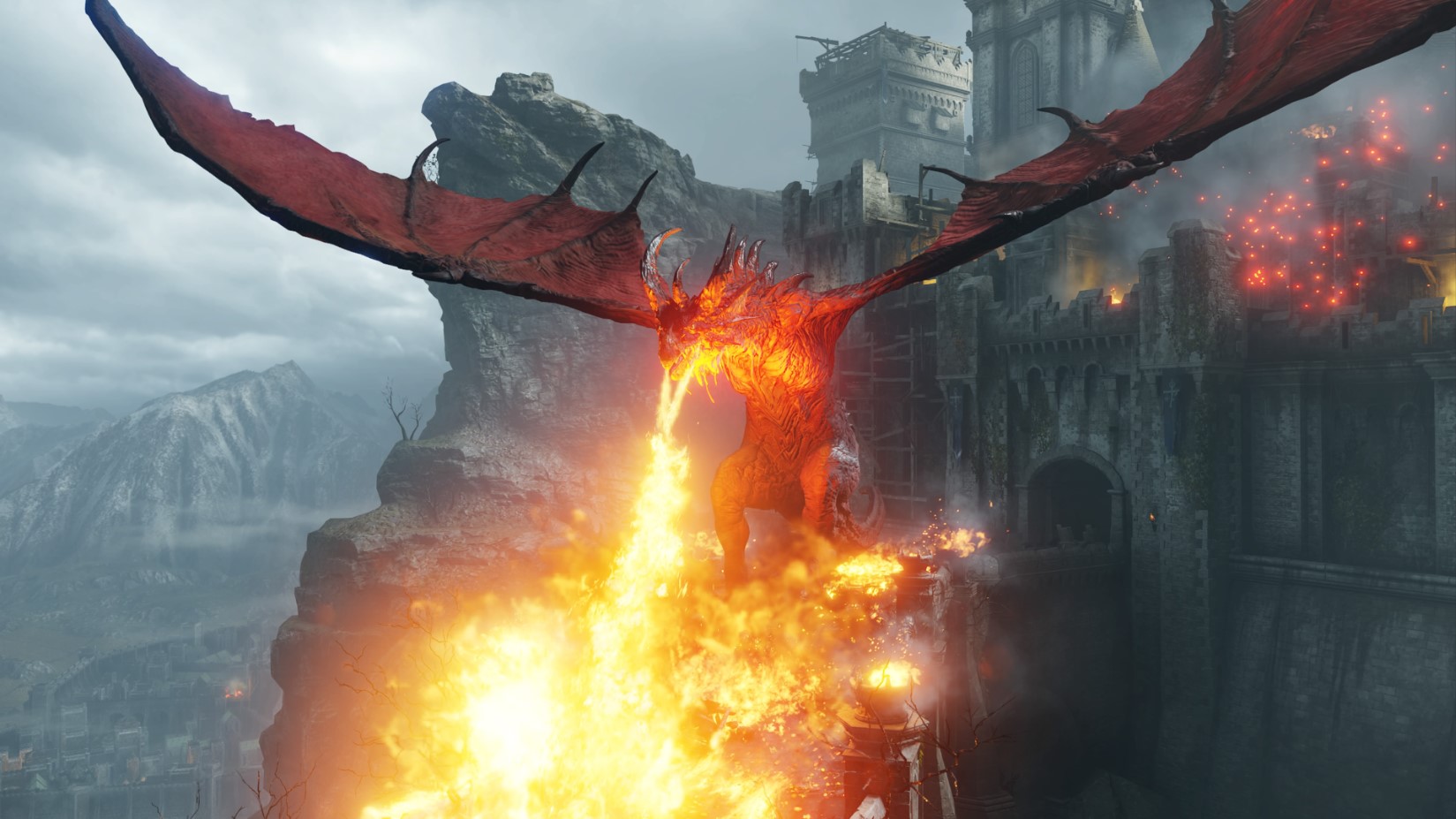 You’ll know you’re landing your shots when you can see the damage number and his health bar appear. Continue firing until the Red Dragon is no more.

Another faster and cheaper method that can be used to defeat the dragon is by using magic.

If you began as Royalty, you can use Soul Arrow instead of a bow. You will also regen MP with the Fragrant Ring equipped. At the same spot, begin to cast as the dragon flies towards you. While casting, press R3 to lock-on and the spell should connect as your camera turns around. The timing is pretty tight, but after some practice you should have it down.

At base stats, it will require 71 Soul Arrows to kill the Red Dragon.

Or, if you have God’s Wrath, you can use it to kill the Red Dragon instantly. You can learn God’s Wrath from Saint Urbain after defeating Dragon God in World 2-3.

You can find the Clever Rat’s Ring outside the boss fog in World 3-1 in the middle of the ballista hallway. You can create the Morion Blade at Blacksmith Ed after defeating the Storm King in World 4-3. Equip the ring, offhand the sword, and take enough damage to get to 30% health.

You can equip the Magic Sword “Makoto” if you have it for an easy way to drain your health. You’ll know you’re at 30% when you see a rat icon below your stamina bar. The trick is to start the cast as soon as you hear the dragon roar. If you time it correctly, it will be casted at the perfect moment, instantly killing the Red Dragon.

When the Red Dragon is defeated, you will receive the Small Flame Scale Demon’s Soul, which can be consumed for 10,000 souls.

For more Demon’s Souls guides, check out our picks for the best early, mid, and late game weapons.

We also have a page on the best builds for your character, here.