The last close season was an interesting one, with many of FIFA 21’s best young players moving clubs.

With wonderkids like Sandro Tonali, Kai Havertz, Facundo Pellistri, Jonathan David, and Jeremy Doku all making permanent switches over the summer, your options in the first season of your FIFA 21 career mode are limited.

What’s more, there were quite a few high-profile loan moves to make things even more difficult, with road-to-glory favourites like Jean-Clair Todibo, Justin Kluivert, and Moise Kean all leaving their parent clubs for a season in search of first-team football.

However, it was a season of stability for some of the absolute highest potential players on the planet. If you’ve got the cash in the bank, then Dortmund duo Jadon Sancho and Erling Haaland are now available in the first season, along with the likes of Joao Felix from Atletico Madrid and Matthijs de Ligt from Juventus (Piemonte Calcio).

But you don’t need us to tell you that Kylian Mbappe or Vinicius Jr are promising youngsters – you want hidden gems for your FIFA 21 Career Mode – and there are plenty of those to uncover.

We’ll start by listing the highest overall players 22 and under – the kind of talent that will improve even the strongest rosters.

Then we’ll move onto players with a lower overall but a lot of room to grow. These would be more suited to lower league teams rising quickly through the divisions, or for filling out the bench while you squeeze out the last few years from aging superstars.

Finally, we’ll list a few good signings you can definitely make in the first season of your FIFA 21 Career Mode. Everyone hates seeing the dreaded “this player has recently joined the club and won’t move again”. This is where you can grab a certified bargain. 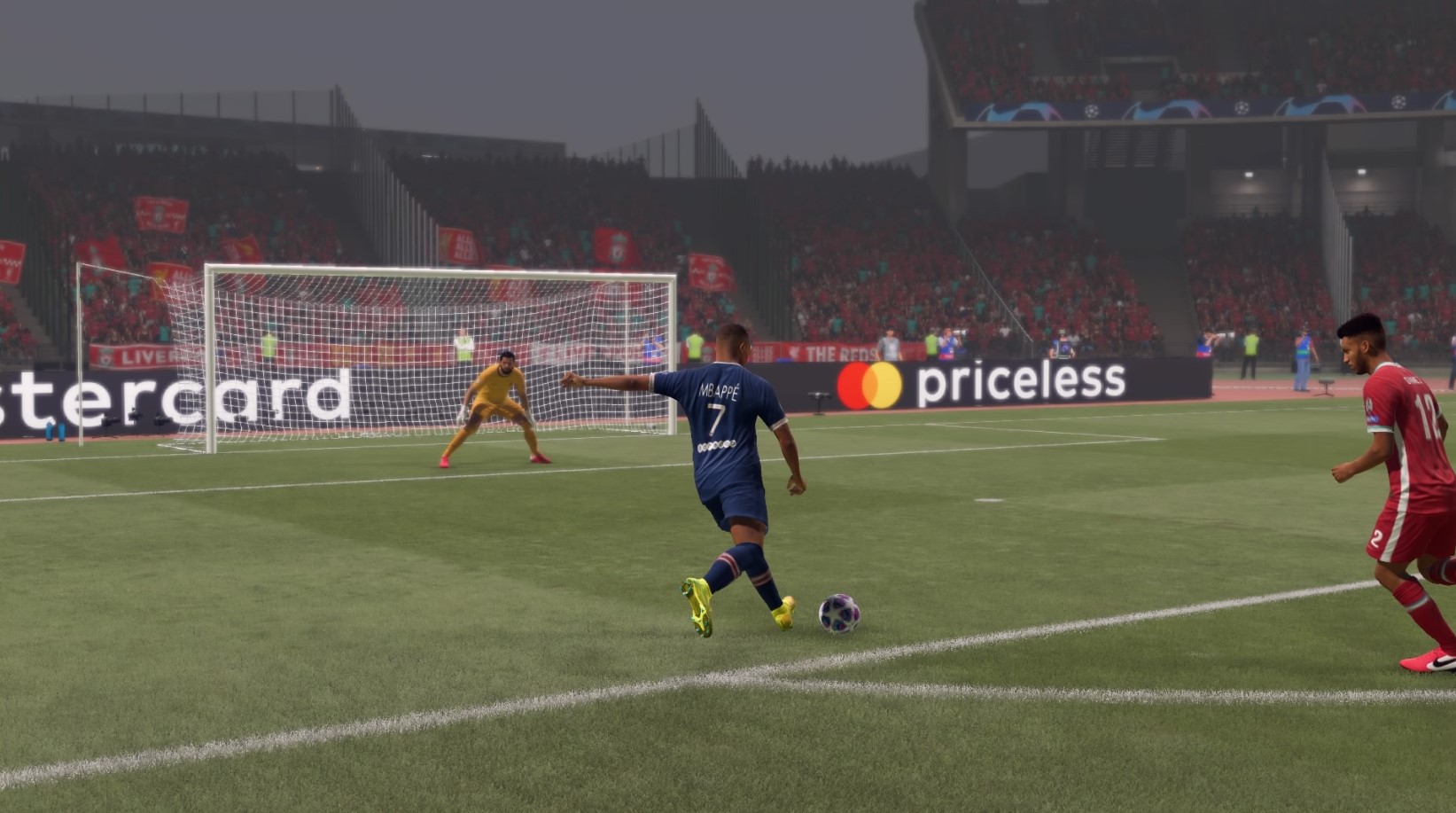 If you want to hunt down a player for yourself, the database at SoFifa is always a great place to look. 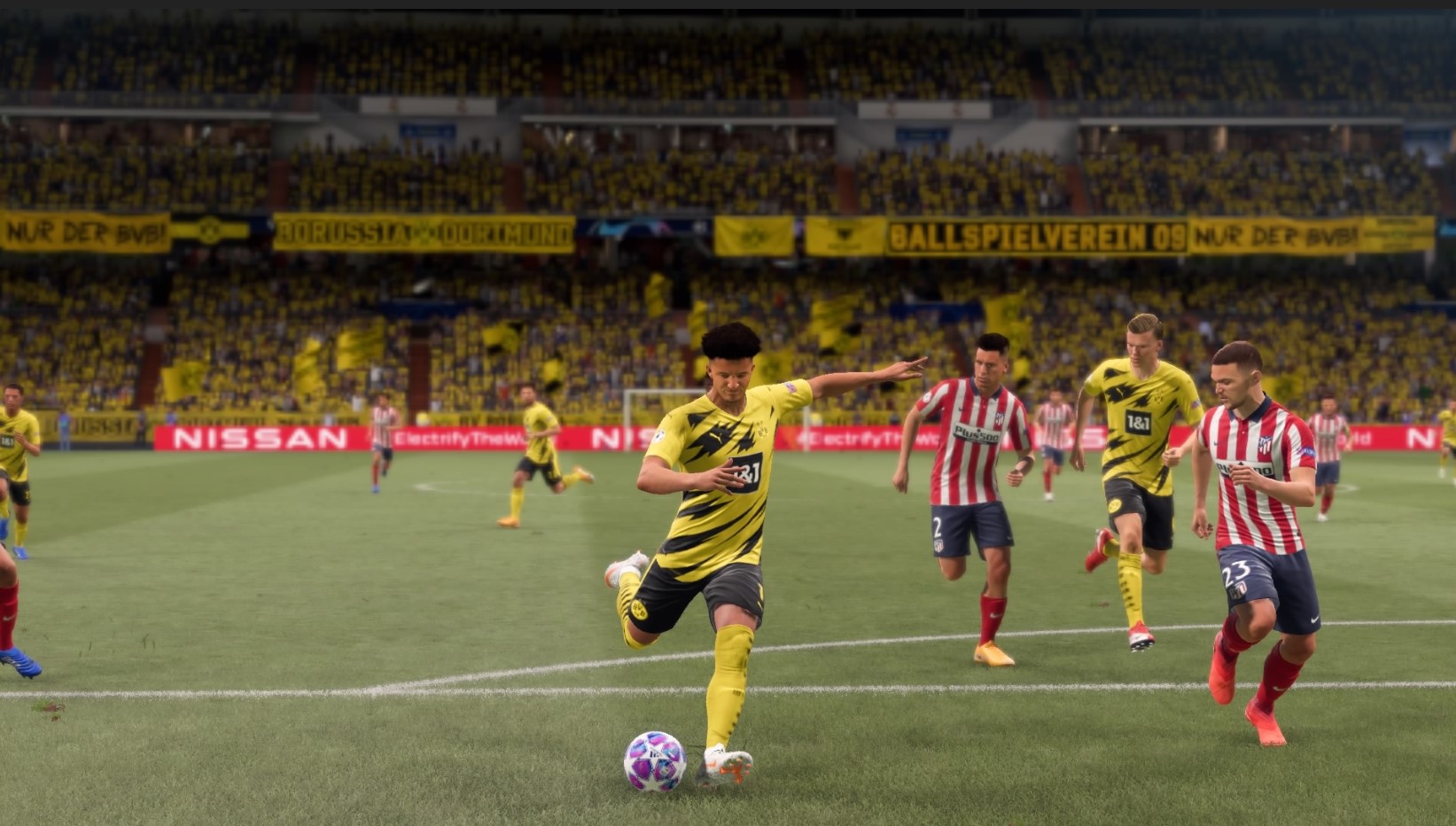 Sometimes you just want to throw realism to the wind and sign all of the bright young hopes in world football to one team. Below is a list of all of the highest overall wonderkids who can improve nearly any starting 11. 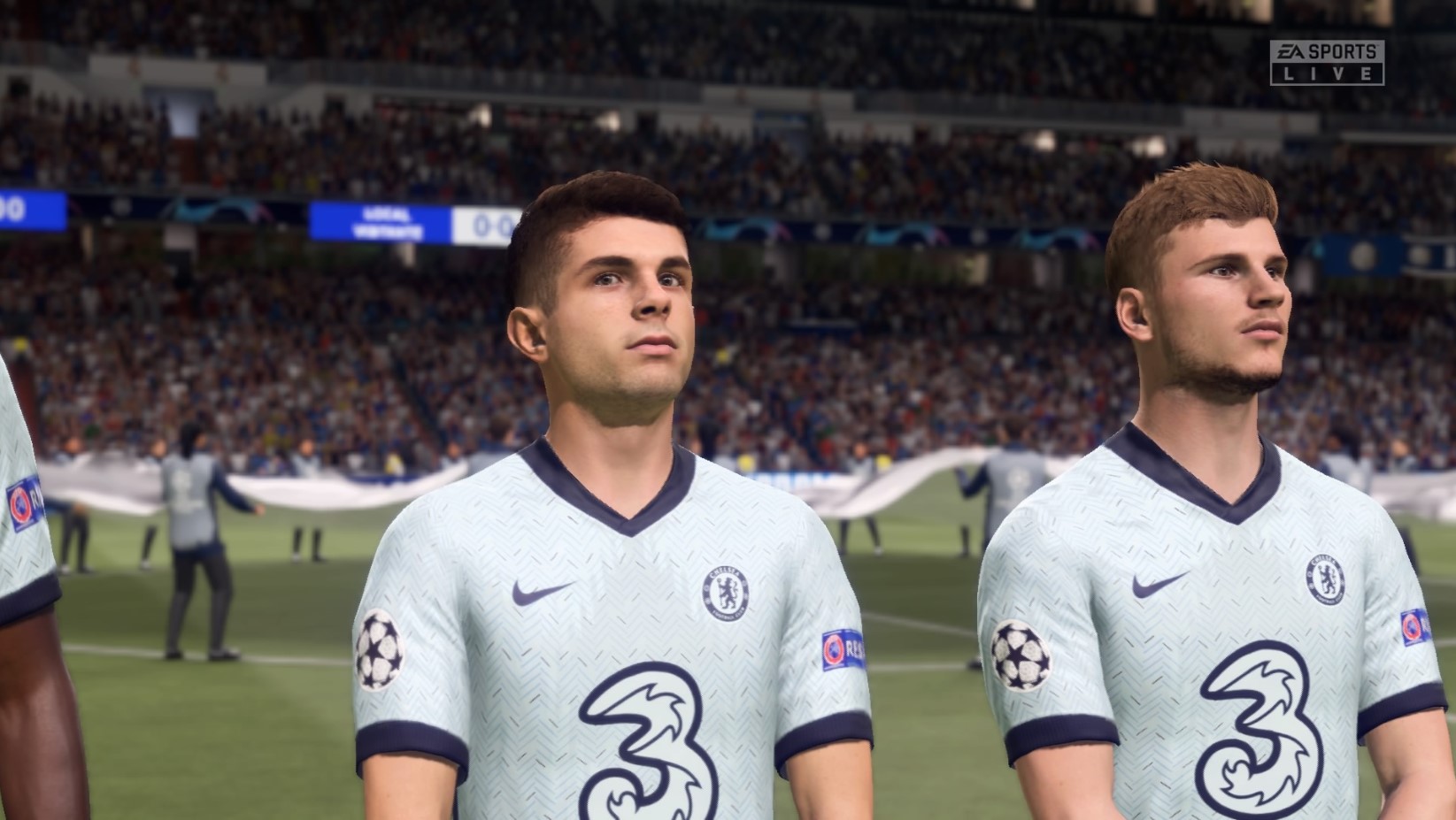 Not everyone can afford to add Mbappe to their roster, however. Below is a list of lower overall young players who still have high potential for the future.

In this section we haven’t focussed too much on realism, but tried to tune in on some real hot prospects from around the world who can fill a variety of roles at a variety of price points.

These players have all been contracted with their clubs since at least 2019, and so should be able to move during the first transfer window.

However, the AI clubs are more active than they have been in the past, so be sure to act fast so these players aren’t snapped up by other teams either on loan or permanently. 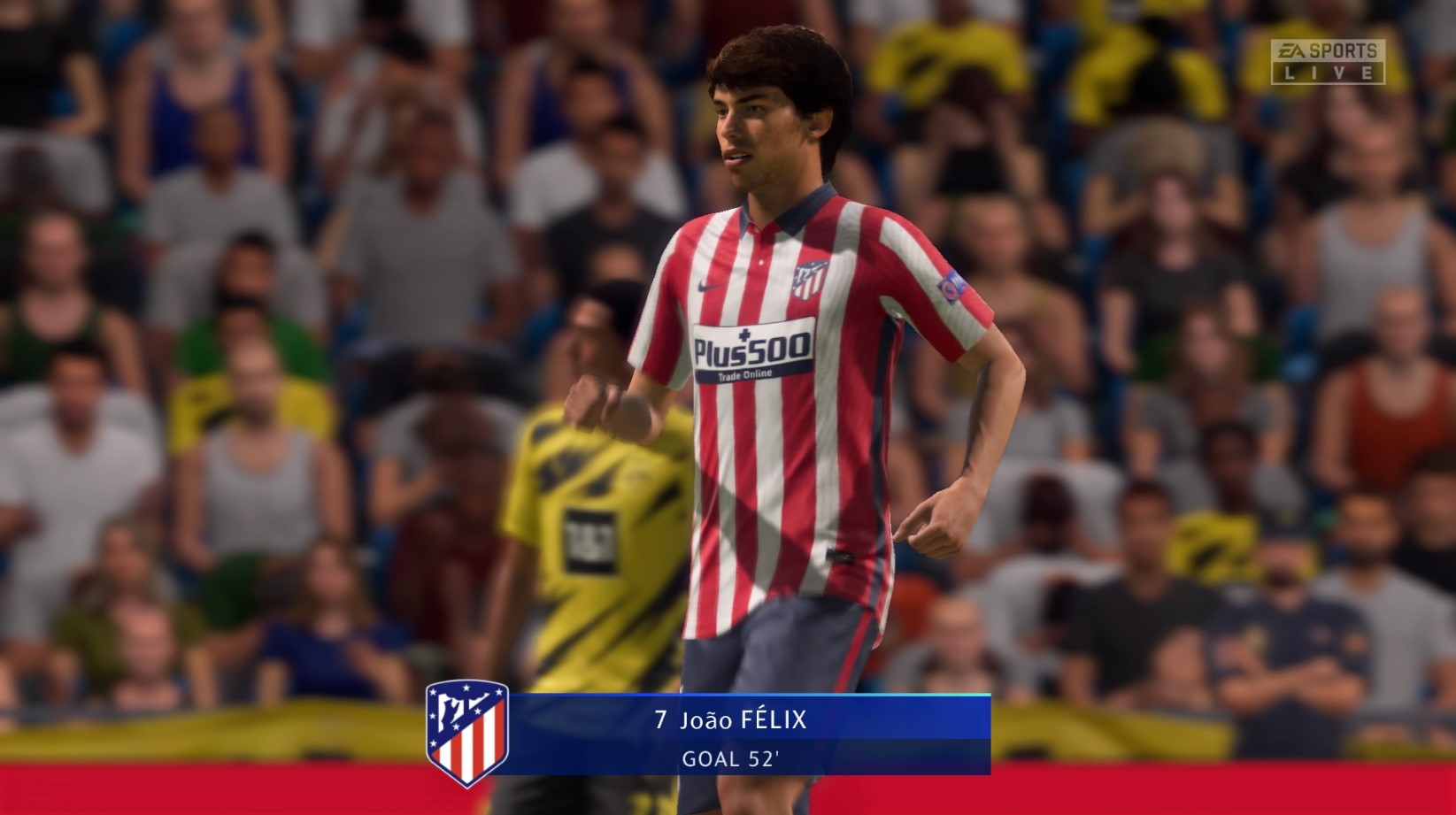 If you’re playing a career mode with one of Europe’s top clubs, then you can’t go far wrong with raiding the Red Bull stable of teams for their top talent.

An area of weakness for many rich teams is centre back, and RB Leipzig have many quality options.

After a sparkling turn last season, Dayot Upamecano has been linked with many top clubs – most notably to fill out Ole Gunnar Solskjaer’s patchwork Manchester United defence. His blend of pace, strength and defending ability make him a great addition to any squad from the start, let alone at his sky-high potential.

Ibrahima Konate on the other hand was at one point rated the better of the two players, but lost the limelight after a spell out with injury. While he’s not quite as quick or as strong as Upamecano – with a slightly lower overall and potential to match – Konate is taller and has slightly better defending stats.

With Dani Olmo joining Leipzig, Szoboszlai looks to be the default high-potential CAM to go after. While he can also play out wide, the middle looks to be where he’s most dangerous, with good ball control and long shots.

To top it off, he has decent pace and technical stats from the start, and takes a great free kick.

Another RB Salzburg wonderkid, Patson Daka looks like an incredible option through the middle, with the deadly combination of 90+ pace and 80+ finishing at just 21 years old.

Importantly for a young player he also has over 80 stamina, which means he can play week-in week-out during Career Mode.

Thiago Almada has been one of my favourite players for a few years now. Linked with Leeds and a host of other top clubs, he’s already fast and agile, while his high potential means his technical stats progress quickly.

Plus, with Argentinian prospects like Alexis Mac Allister joining Brighton you can even spin a similar move as realistic for your Career Mode.

He’s adept out on the wing, but can also play in the middle. Train up his stamina and he also works well in a deeper midfield role similar to Bruno Fernandes.

We’re travelling briefly into the world of pure fantasy now, since these signings are as unrealistic as you could get. However, in the game, since Toni Kroos and Luka Modric are still so highly rated – along with players like Isco and Marco Asensio who seem relegated to the fringes in real life – Valverde and Odegaard might find their minutes in Los Blancos’ first-team limited.

Valverde is an all-around beast, with pace, stamina, strength, passing, defending, and dribbling all around 80. He’ll cost the earth, but if you’re working with a 100m+ transfer budget, it’s worth it.

Odegaard was obviously hyped beyond belief as the next Freddy Adu at 16. It’s not his fault that he’s not the kind of player who skips past three defenders and smashes the ball into the top corner, but rather a rock-solid shuttling midfielder with great stamina, vision, and passing ability to lay on chances for his teammates.

Son of legendary French defender Lillian Thuram, Marcus is much more adept at scoring goals than stopping them. Boasting Sprint Speed, Strength, Dribbling, and Finishing all above 80, he starts off strong and only gets better from there.

Sure to be a pricey acquisition, but with a strong physical presence at 6ft 4” also in the mix, Thuram could eventually lead the line for many of Europe’s elite clubs.

Similar to Marcus Thuram, but cheaper, Alexander Isak is tall, quick, strong, and has a good finish.

He also has the added advantage of a 5 star weak foot and 4 star skill moves.

An expensive option at the wing back position is Emerson, whose key stats are all approaching 80 at the start of the game.

As he progresses through the seasons, he’s sure to become a solid all-rounder.

The king of unrealistic career mode signings. A cheaper option to sit at the base of midfield, Gravenberch is a physical presence at 6ft 3” and has good enough passing and ball control to run the game.

While he lacks stamina and defence ability at the start of the game, he’s a strong candidate to improve quickly with training.

Again on the cheaper side, Eduardo Quaresma’s terrible stamina is made up for by good starting defending stats and a decent range of passing. That means you can focus on physical training.

Despite being an even 6ft, Quaresma has a respectable 80 Jumping.

This guy looks like a great little bargain. A classy midfielder with a 5 star weak foot, Vranckx has pace, strength, stamina, passing, and ball control all over 70 – as well as 64 stand tackle.

His current abilities would make a solid, if unrealistic, signing for lower tiered teams with a great price-to-potential ratio. This means he could also come into a stronger team as a prospect for the future too.

While Luca Netz’s stats are pretty lackluster now – outside of 77 standing tackle – he looks like a solid, cheap pick-up thanks to his high potential.

Standing at 6ft 2” and rocking a natural left foot, he could also be deployed in the lower leagues as the all-important left-sided centre back.

We’ll update this list throughout the year as we find more fun young players to add to your teams.

And who knows, the transfer window is still open at the time of writing, and some of them could move teams imminently.

Chime in with the favourite players you’ve scouted in the comments!