Red Dead Redemption 2’s huge map is coming to PC for the first time and can be pretty overwhelming to look at when you’re just starting out.


From remote wilderness shacks to bustling cities, foggy swamps and dusty deserts to snowy peaked mountains, Red Dead Redemption 2’s map even has a few surprises you probably weren’t expecting to see at all, like the witches shack.

Alongside the epic story, you can partake in various Frontier Pursuits online, as well as collect and store perfect pelts to trade for supplies.

What follows could be considered spoiler territory, but for the curious cats among you, let’s break it down and talk about the regions and locations, and some of the things you’ll find there. 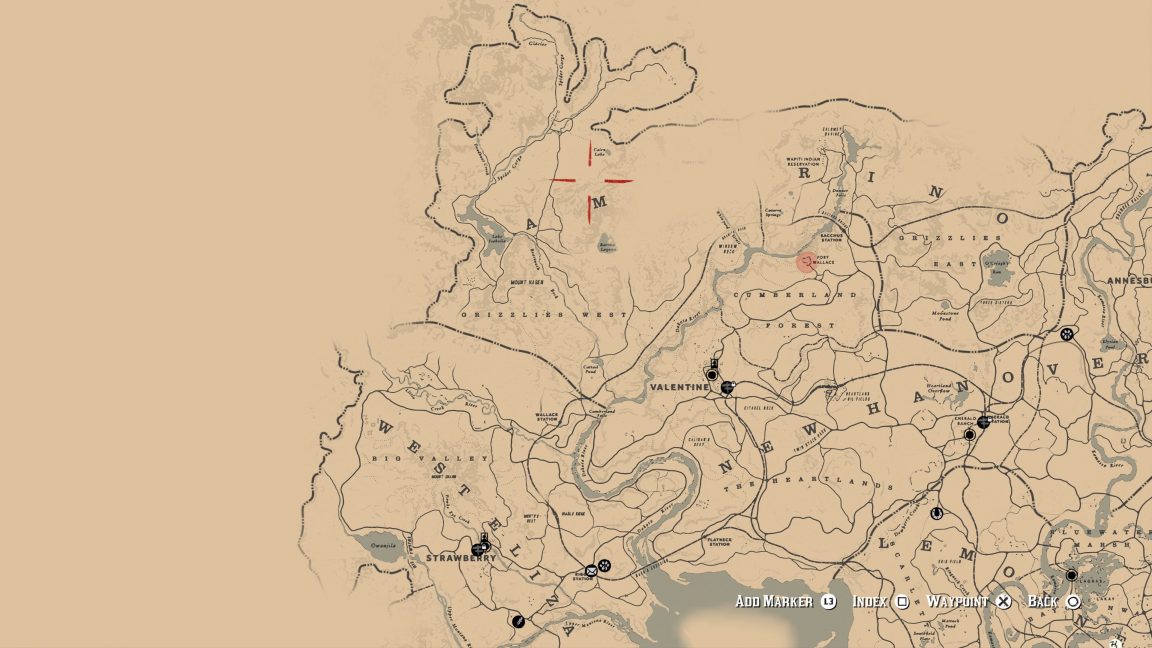 You’ll start your journey in The Grizzlies – the snow-capped mountains up to the north of the map. It’s cold here, so Arthur needs to wear his winter coats and keep himself and his horse well fed. It’s tough going too, with the thick snow making it hard to move quickly and pick out paths through the trees. It’s also one of the most beautiful spots in the game, especially when the full moon is bright during the night.

Down at the bottom of the mountain is Valentine, the first town you visit, complete with a Gunsmith, saloon, butcher and sheriff’s office. This is where you learn your basic skills and first side quests in Red Dead Redemption 2. 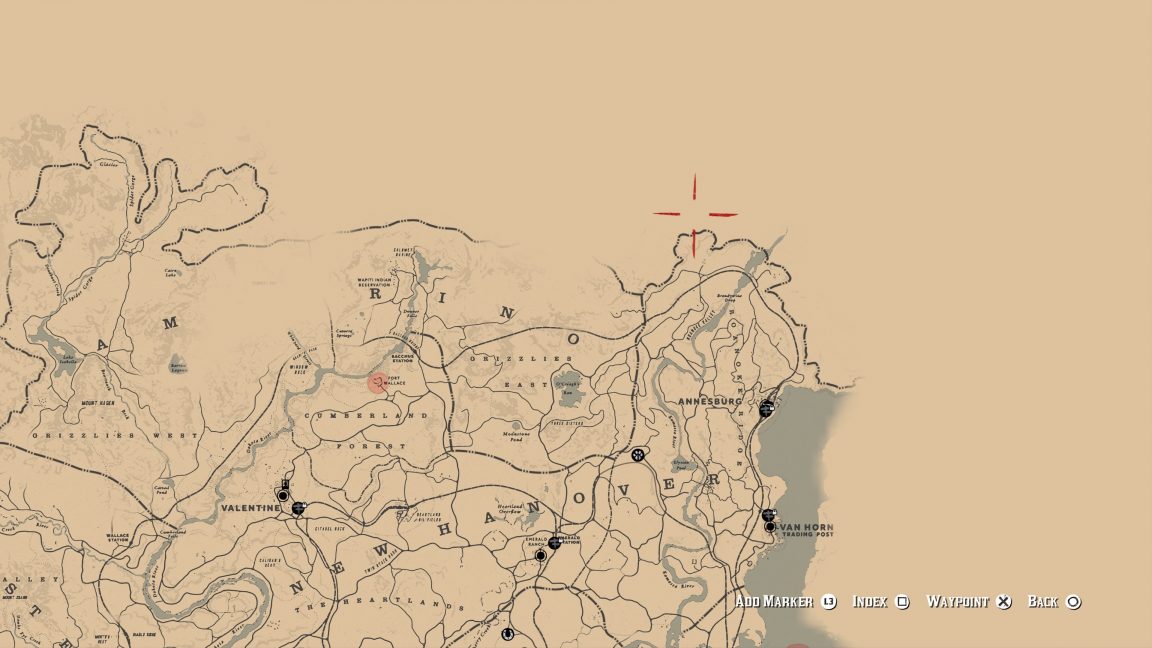 Staying in the north, the eastern side of the map is more densely populated with towns like Annesburg and Van Horn on the coast. Van Horn is a trading post so it’s rich pickings if you’ve got a lot of cash to spare. You’ll also see Fort Wallace in the centre of the map. You don’t want to approach that place unless the story demands as it’s heavily armed and fortified. 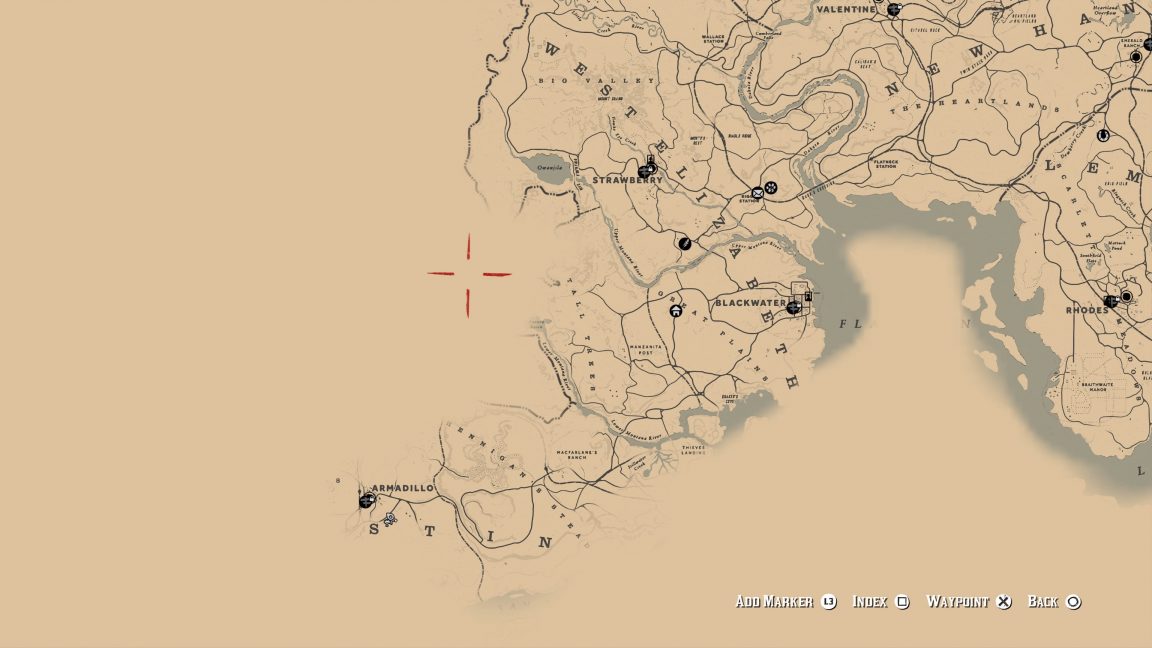 The south-west of the map has two very significant locations. You’ll hear a lot of talk about Blackwater from Arthur and the rest of the Van Der Linde gang, and it’s a major plot point for the majority of the game. Much further south-west is Armadillo, which you’ll remember from the first Red Dead Redemption.

If you want to compare the town in the two games, we have a video exploring just that. Just to the south, you’ll see Rhodes, where you’ll have a great time serving moonshine in a local saloon. 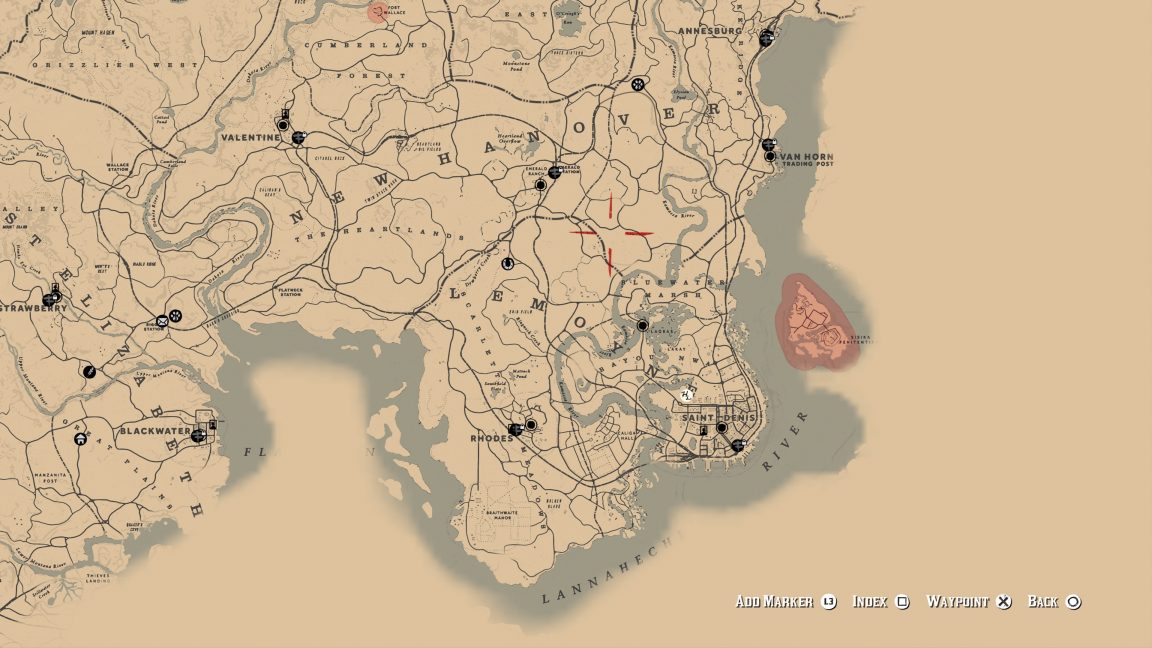 In the south-east of the map, you’ll find Saint Denis. This is the largest city in the game, and home to, well, everything. You’ll be taken here during the story, and it’s also the place to find the Trapper to make unique outfits. To the west of Saint Denis is the bayou Lemoyne. Lemoyne is perhaps the most unique location on the map, and it’s home to crocs and a few outlaws if you’re tracking down Gunslingers.

How long does it take to travel across the map?

What an in-game look at the map? Arekkz has you covered. This video takes not only a look at the map, but he rides from one side of it to the other. It should give you a good idea of its size. You can also fast travel in Red Dead Redemption 2, but where’s the fun in that?

Looking to find your lost hat or how to replenish your camp’s ammo? Head over to our ultimate Red Dead Redemption 2 guide for all the tips, tricks and walkthroughs you’ll need.

You can also find our Red Dead Online guide here, with tips and tricks to get you started in the single-player story missions and multiplayer modes, how to form a Posse and more.