A new Exotic weapon is available in Destiny 2: Shadowkeep which introduces a Solar machine gun into the mix.

Now that you’ve got your hands on the Leviathan’s Breath Exotic Bow, it’s time to go on the hunt for a new machine gun to tear it up in PvP modes.

The Xenophage Exotic Machine Gun comes with the Pyrotoxin Rounds Intrinsic Perk, where it fires high-powered explosive ammunition. It also has the Rangefinder trait, where aiming this weapon increases its effective range and zoom magnification, and increases projectile velocity.

It deals Solar damage and uses Heavy Ammo, obviously, so it’ll pack quite a punch. As always, there are several quest steps to work your way through to get it, so let’s get started.

How to get the Xenophage Exotic Machine Gun

First up, you’ll need to visit Eris Morn on the Moon. Alongside opening up the new Dungeon, she’ll be the one who gives you the quest to get started. Head through the portal beside her once you’ve completed a memory quest or make your way to the Enduring Abyss on foot or by Sparrow.

Fast travel to Sorrow’s Harbor and head up to the top of the steps into the Scarlet Keep. Go through the door on your left, by the glowing crystals, and you’ll eventually reach a point where you can drop down to a platform below. Instead of doing that, hug the wall to the right and look up to see a platform above – that’s where you want to go. 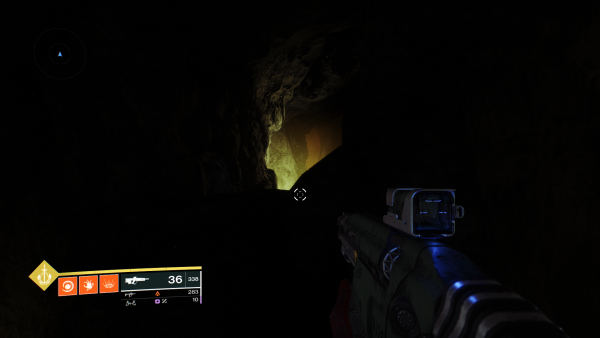 Either way, once you’re there you’ll see four statues. Approach the one closest to you on the right and interact with it – it should read Emerge from the Dark. You’ll be activating them in an anti clockwork pattern, which is: 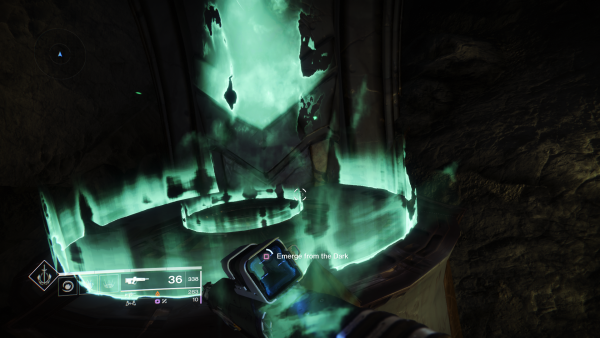 A chest will then spawn giving you the quest, Emergence, and the first step is called The Journey.

For this section, head over to Anchor of Light on the Moon. You’ll need to collect a special orb and use it to light six lanterns in a specific order. You can find the bright orange ball encased in black rock in a building to the left of the area, Northwest of the A in Anchor. 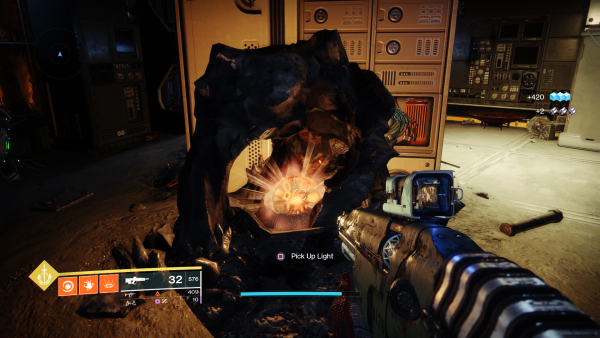 You need to place the orb on six different pads. Pick it up and head to the orange, spiky pad on the ground directly behind it to Light Your Path. To find the rest: 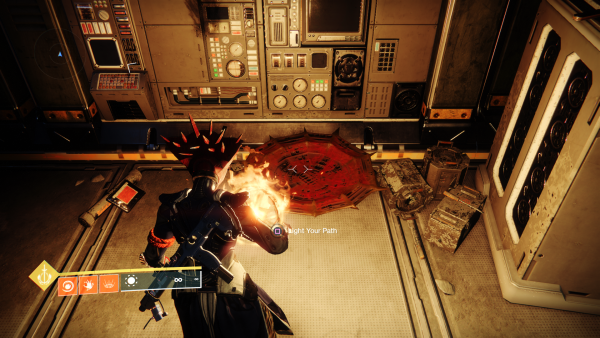 This step involves heading into Lost Sectors on the Moon and solving puzzles by shooting symbols. You can only access these areas after you’ve defeated the boss at the end and heading through a locked door.

You’ll see a three by three grid of runes that you need to shoot in a specific order. Big props to the Raid Secrets Reddit for figuring out the correct order.

Doing this correctly will unlock the next step, Descent. You’ll need to have unlocked the Pit of Heresy Dungeon, so check out our guide on how to do that. Progress through the first fight, then go through the door on the left that has no runes on it. Head through it and activate the rune inside. 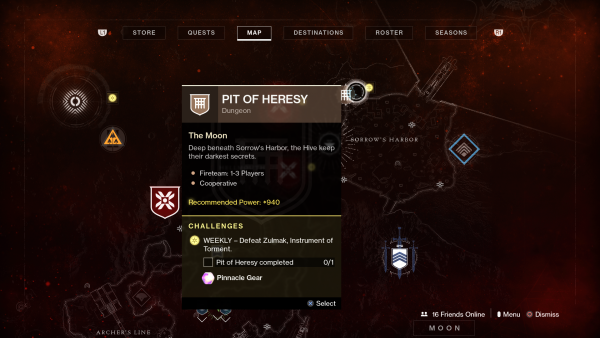 Keep going until you reach the Hive Totem and Pariah Ogre. Jump down off the cliff edge to find the plate with the runes on it. Platforms will appear, so jump over them to grab the same ball of light from earlier then head back through the right-hand hallway.

You’ll eventually reach a red door with two lanterns beside it. Light them both then head inside to fight the 970 Power Wizard inside. You’ll receive four Dread buffs during this battle: Abyssal, Thunderous, Fiery or Neutral. When you have a Dread buff, you need to grab the orb in the centre of the area and deposit it into the correct corner of the room.

Correctly depositing an orb will give you the Vengeance buff for around 20-25 seconds which makes your abilities and weapons of the corresponding type deal more damage.

Defeat the Pit of Heresy boss, return to Eris and hand over the Hive Bug and the Xenophage Exotic Machine Gun is yours. Well done! 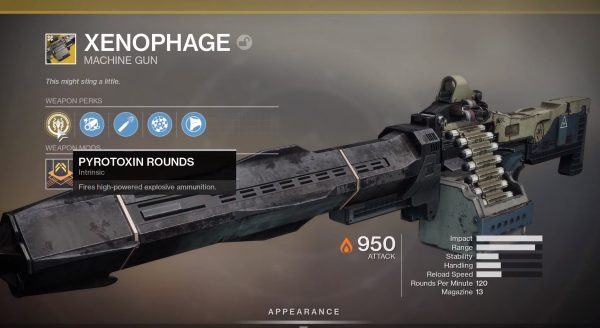 The Festival of the Lost has started, with new Halloween themed cosmetics to earn. You’ll be returning to the Haunted Forest this year and you’ll be able to get your hands on the Braytech Werewolf Legendary Auto Rifle.

You can also check out our guides on how to get the Leviathan’s Breath Bow and Deathbringer Rocker Launcher.