The event mode this weekend in PlayerUnknown’s Battlegrounds is called Ghillie Crossing, and it’s already live.

Ghillie Crossing is one of the more interesting PUBG event modes in a while. In the mode, players only have access to crossbows and melee weapons, including the pan.

What’s more, the ghillie suit will also spawn as random loot, so you can be extra sneaky. The mode is played on Erangel, available only in four-player squads.

There are a few other changes as well to enhance the slower pace. You won’t find any vehicles, and the blue zone will increase in damage exponentially as the endgame approaches.

As far as scopes, the highest you’ll find is the 4x, with 2x and 3x also available. Bizarrely, though, you’ll still be able to find grenades at the usual rate. Players who hate the red zone will be happy to know that it’s not in this mode, neither are care packages. 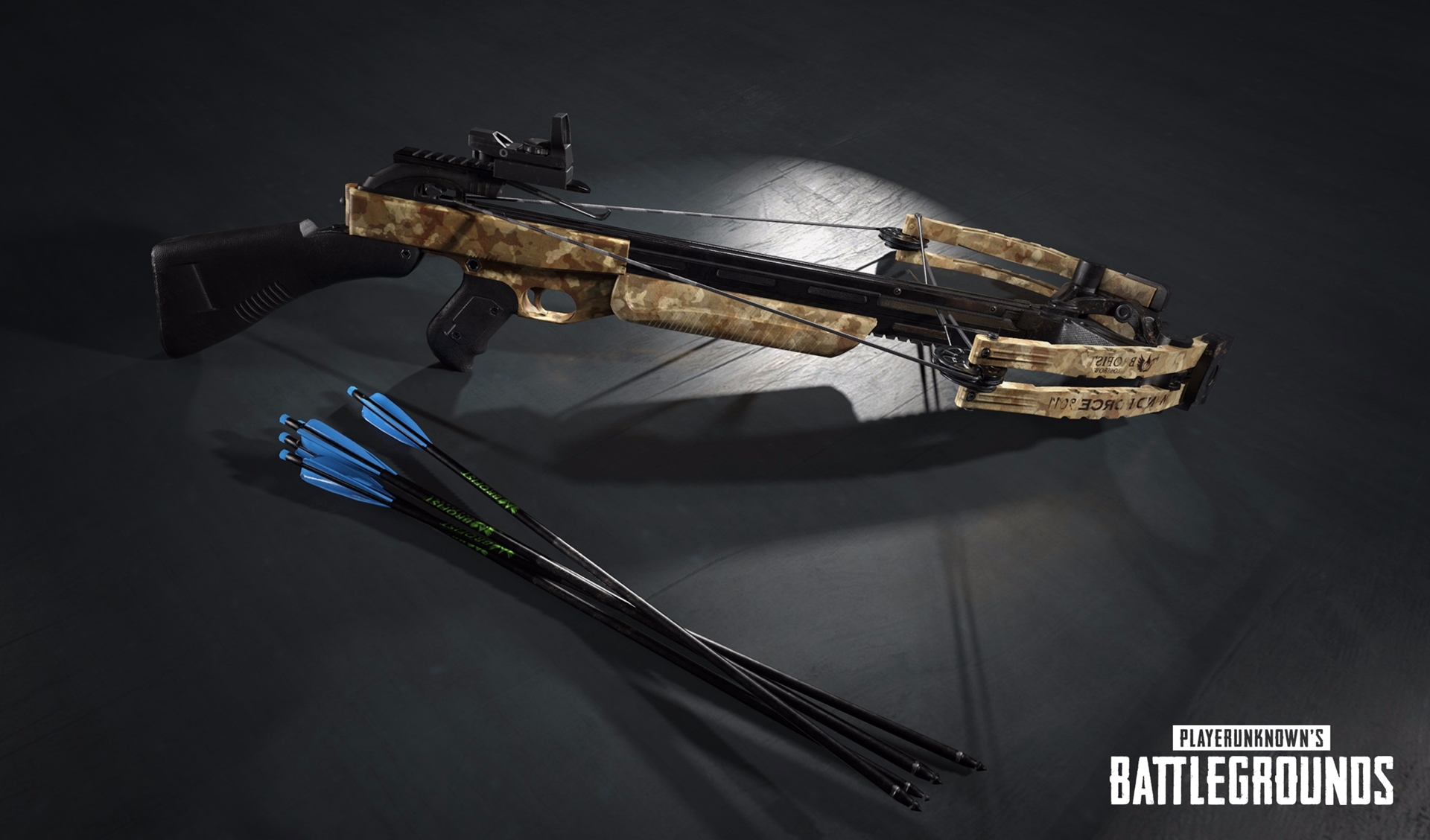 This should be a relatively easy way to get the Shoot the Knee achievement, which requires killing ten players with a crossbow.