Now that Black Friday 2017 has begun in earnest we’re seeing retailers constantly try to one-up each other in the hopes of capitalising on the mad shopping rush that this time of the year inspires. One of the high ticket items many will be looking for is a cheap Xbox One X console – and we’ve found such an offer at Currys. 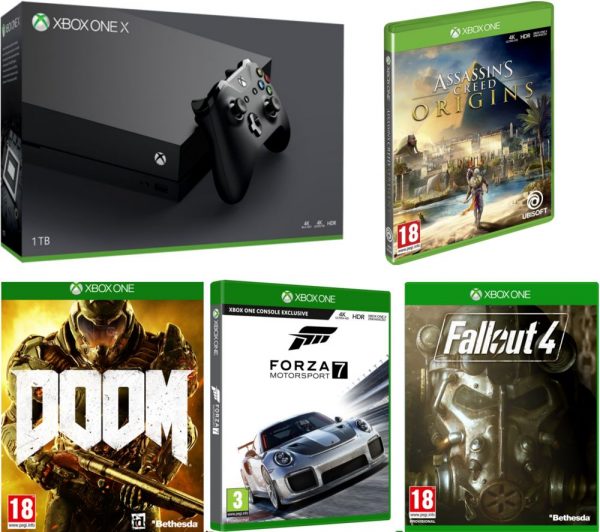 Also, considering that the Xbox One X was retailing for around £450 on its own at launch, the fact you’re getting four games on top for just an extra £20 shows how much of a great deal this is for anyone looking to upgrade to Microsoft’s latest box.

If you’re not looking to make the jump to the mega-powerful console just yet, a lot of Xbox One S deals are also live for Black Friday 2017. At this very minute, you can get a 500GB Xbox One S with Rocket League for just £169.99 from Amazon. We also have many more Black Friday game deals for you to peruse, so get buying while the buying’s good.