As the saying goes, you shouldn’t look a gift mythical Pokemon in the mouth.

Pokemon Ultra Sun and Pokemon Ultra Moon make quite a lot of changes from their predecessors, but other areas have remained mercifully untouched. One such unedited area of the game is the acquisition of your first mythical Pokemon in Alola, which will very likely be Magearna. Magearna was grabbed through use of a QR Code in regular Pokemon Sun & Moon, and it’s thankfully still the same here in Ultra.

It’s nothing like the good old days where you’d have to get up and go somewhere, lining up in the freezing cold outside a Toys R Us to have some Nintendo representative manually load a Mew onto your copy of Pokemon Blue… it’s thankfully much, much easier now thanks to the 3DS System Camera and QR codes. So! Here’s how you grab yourself Magearna. 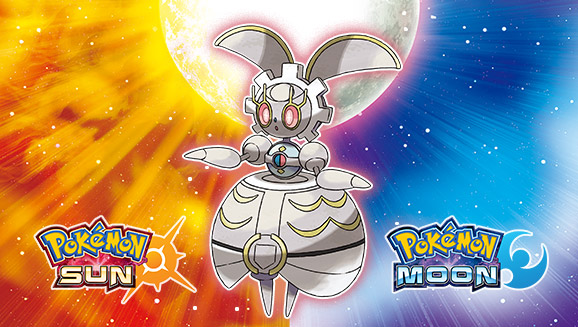 Magearna was made available in Japan as part of Pokemon movie screenings, which meant that initially people had to see the movie to get their hands on it. In the West we’re a little luckier: you can catch Magearna simply by scanning a QR code.

The QR code is attached to a free-to-watch Pokemon movie about Magearna that can be seen on the Pokemon website. The code pops up at the end of the movie, but if you don’t want to worry about that we’ve included the QR codes for North America (left) and Europe (right) below. These codes work the same in both Pokemon Sun & Moon and Pokemon Ultra Sun & Moon.

Below the codes, we’ll get into how to properly redeem and use them. Have at it!

You’ll gain access to the QR code scanner fairly early in the game and we have a page up that describes that feature in detail, the things you can do with it, and QR codes for every single Pokemon in the game. That’s handy – but things are different for Magearna.

In order to get Magearna you’ll have to complete the game by becoming the Alola Region Champion. That means you see the new Pokemon League built and defeat Alola’s inaugural Elite Four.

Save right away, as this QR code is a one-time use per save game. That’s it! You’re done.