Forza 7 is a $60 game with monetisation systems that have no business being in a full-price game.

Forza 7 came out this week for players who could only afford the $60 version. If you opted for the $100 Ultimate Edition, you may have already been playing since as early as Friday. I say may, because after over 150GB of combined failed downloads, I used a third-party download manager to get around the Windows Store’s incomprehensible inadequacy and finally install the game I bought later on Saturday.

It was already off to a messy start, but unfortunately for Forza 7, failed downloads are the least of its problems – and that’s saying a lot if you’ve ever dealt with the steaming pile that is the Windows Store.

With every new Forza release, the stench of immoral monetisation schemes rises ever so slightly to the top, slowly suffocating an exceptional racing game. This year, it’s gotten too close to souring me on what is otherwise an excellent game. Turn 10 made two major changes in Forza 7 that I can only imagine exist for no reason other than pushing the business of microtransactions one step further without offering anything in return.

The battle against micropayments in AAA games is a lost one, this much is clear, but we’re getting dangerously close to a nightmare scenario where games cost money upfront so you can have the privilege of spending more money later.

The past few Forza games used an ingenious system that rewarded players more in-game credits the more handling assists they turned off. The system took into account the number of rewinds you used in a race, and the AI difficulty you set. Because all of those settings could always be changed prior to the start of every race, myself and many others played around with them to maximise profits. 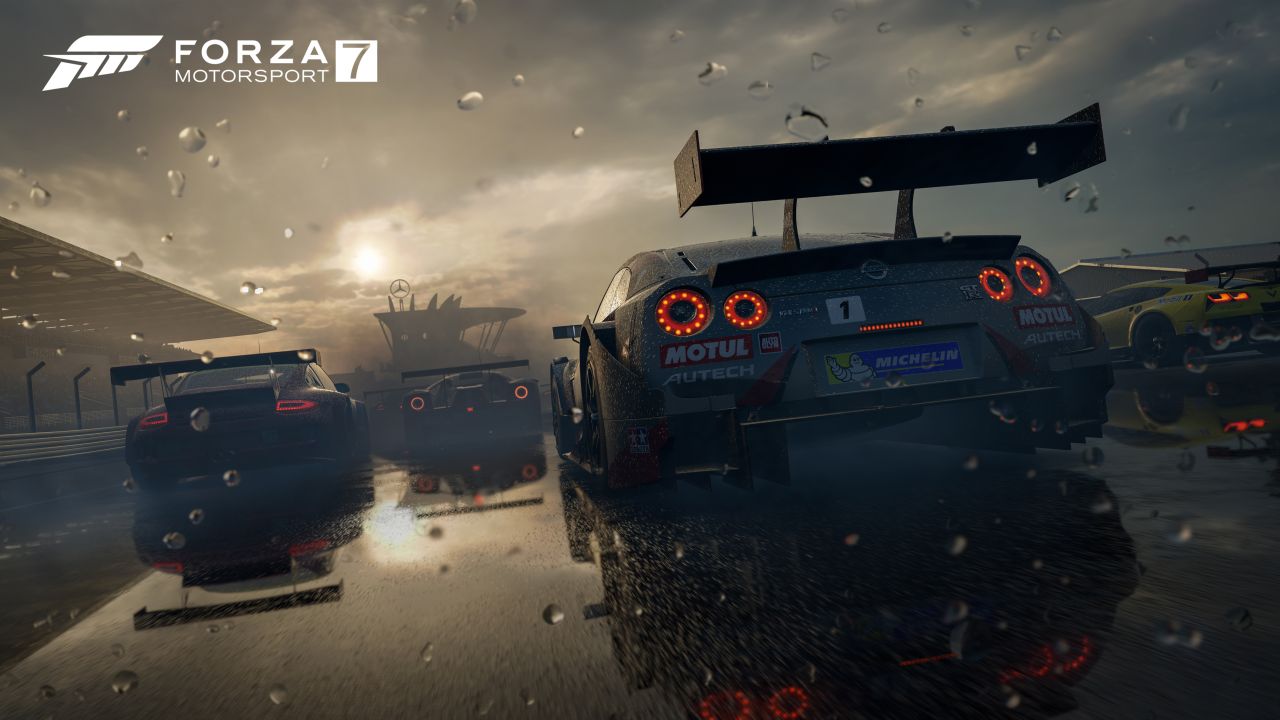 “The battle against micropayments in AAA games is a lost one. We’re getting dangerously close to a nightmare scenario where games cost money upfront so you can have the privilege of spending more money later.”

The idea was to reward players who opt for the more challenging route – even if they’re only doing it for a race they know they can win – without sacrificing the accessibility that makes the game enjoyable in the first place. Credits were plentiful, and the game offered you an option to earn even more if you’re willing to get better. It’s a win-win, and it was loved by Forza fans.

Because everything in Forza games is bought with credits, you always had a clear progression path towards getting your favourite cars. Later iterations such as Forza 6 even threw in a mod system that added another layer to an already rewarding system.

In every one of these games, Microsoft introduced tokens – bought with real-world money – shortly after launch. I never felt the need to buy them, simply because there were many ways to earn credits by playing. Owners of the VIP DLC would have even more to play with, thanks to the pass granting 100% more credits after every race.

This year, things were not as Forza fans expected. Forza 7 has done away with the credit rewards system. No longer are you [Edit: readers pointed out that you do in fact earn more CR for higher difficulty settings.] or less assists. Playing with all assists engaged against the easiest AI nets you the same amount of credits as the player who chose no assists. Though higher difficulties do reward more, the rest do not.

The game never explains why this happened, and Turn 10 has – to my knowledge – not communicated this major change prior to launch. The issue is that the system wasn’t replaced by an equally-rewarding one, or even a different one. Turn 10 just took away a big source of income for all players.

Sure, you can find mod cards that award extra credits by turning off certain assists – you know, the thing you used to toggle in the menu – but even these are consumables with limited uses that depend on their rarities. Naturally, you need to spend credits to get these mods, and it’s not a guarantee either, since they’re only found in blind loot boxes.

The VIP membership, something only the most avid fans bought (it’s also part of the Ultimate Edition), has lost its unlimited 100% credit reward bonus. Instead, what VIP owners got was five mod cards for a 100% credit bonus, but each card only has five uses. So, instead of a flat increase for the life of the game, you basically get the bonus for your first 25 races.

In one move, Turn 10 hit its both casual and most dedicated audiences, cutting their income by a significant factor. The developer has already confirmed to Ars Technica that you’ll soon be able to spend real money on tokens, which can then be turned into in-game credits

Both changes have effectively made Forza 7 less rewarding for all players. In a game that flaunts a roster of 700+ cars, you’re not really being incentivised to collect as many as you can. You’ll barely have enough to buy the cars you actually want. And if all of that wasn’t depressing enough, cars in Forza 7 are arranged in tiers, creating another terrible situation.

“With every new Forza release, the stench of immoral monetisation schemes rises ever so slightly to the top, slowly suffocating an exceptional racing game.”

If your profile level is only up to the second tier, you won’t be able to buy a tier 4 car even if you can afford it! You have to buy more cars – that you likely don’t want – to bump your car level up so you can get through this arbitrary system and actually buy the car you want. Of course, by the time you get there, you’ll have spent most of what you had saved up on trash. This is free-to-play-like design of artificial inflation and arbitrary money sinks that all get in the way of fun.

It makes me worry a lot about the future of the series, and Microsoft games in general. If it wasn’t clear before, the cards and blind loot boxes schemes have been in every first-party game in the last few years, and it’s no doubt mandated at a corporate level.

Introducing new systems that cleverly work microtransactions into games without affecting the core gameplay is something myself and many others have and continue to tolerate, but this is not what Forza 7 is doing. Turn 10 is literally taking away sources of in-game credits that existed before and replacing them with microtransactions.