BioWare’s next big game was delayed for reasons that have to do with the game itself. 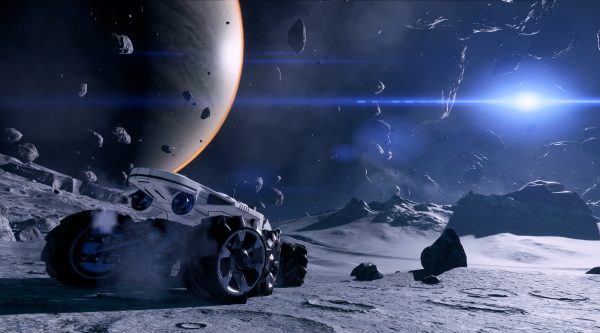 EA published its earnings report for Q4 2017 overnight. During the briefing, the publisher announced that BioWare’s new IP had been pushed to FY 2019, meaning it’ll release anytime between April 2018 and March 2019.

The decision to delay the unannounced game now, previously slated for release by March 2018, made it sound like EA wants to avoid another Mass Effect Andromeda situation. Andromeda launched with a myriad of technical issues, and ended up being the lowest rated Mass Effect game.

During a post-earnings call, EA CEO Andrew Wilson said the delay has nothing to do with how Mass Effect Andromeda was received. “In terms of the new IP, the choice to move the new IP and what happened with Mass Effect are completely unrelated. The realities is we have a creative process,” he told investors.

Wilson then switched gears to talk up the new IP itself, saying it represents a great opportunity for the studio and EA.

“And as part of our creative process – and I get to be involved in that creative process – we recognise that there was so much more opportunity in a connected network social world to do some things in the new BioWare game that had never [been] done before and we don’t think anyone is going to do anytime soon,” he said.

We’re expecting EA to officially announce the name of and early details about BioWare’s new IP at E3 next month.