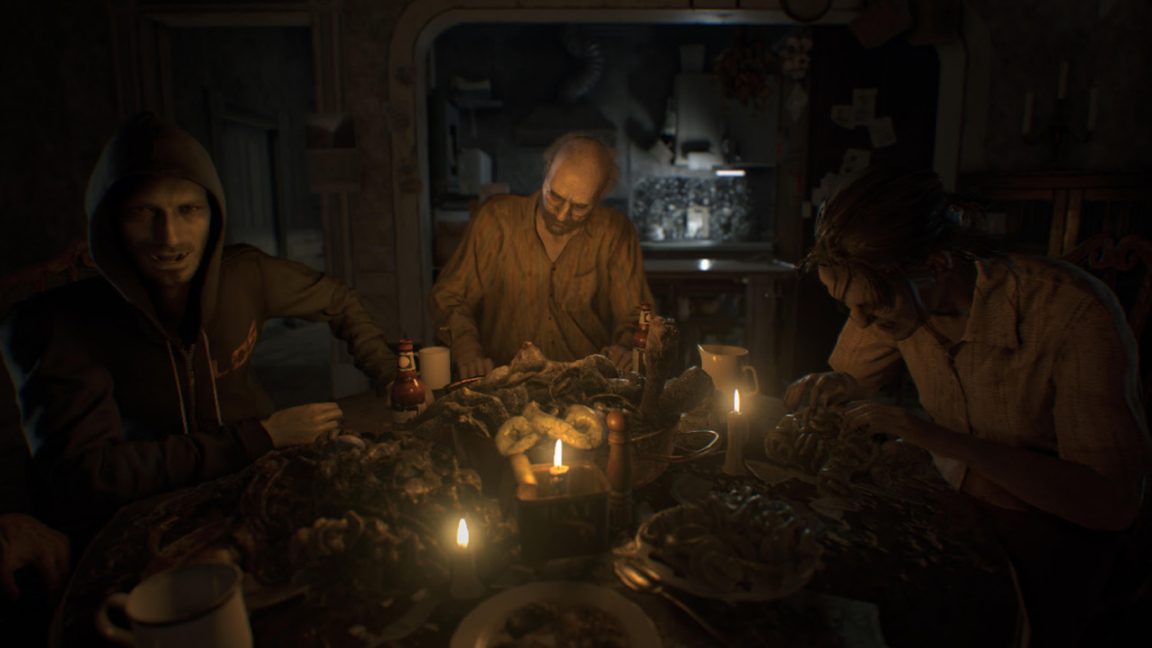 You are about to enter… the world of survival horror.

Whether you’re a rookie or veteran, with the release of Resident Evil 7, it’s time to brush up on the 21-year-old series. And if you’ve never played a Resi game in your sad and unlively life, here’s everything you’ll need to bluff your way through a conversation with the hardcore zombie slayers out there. 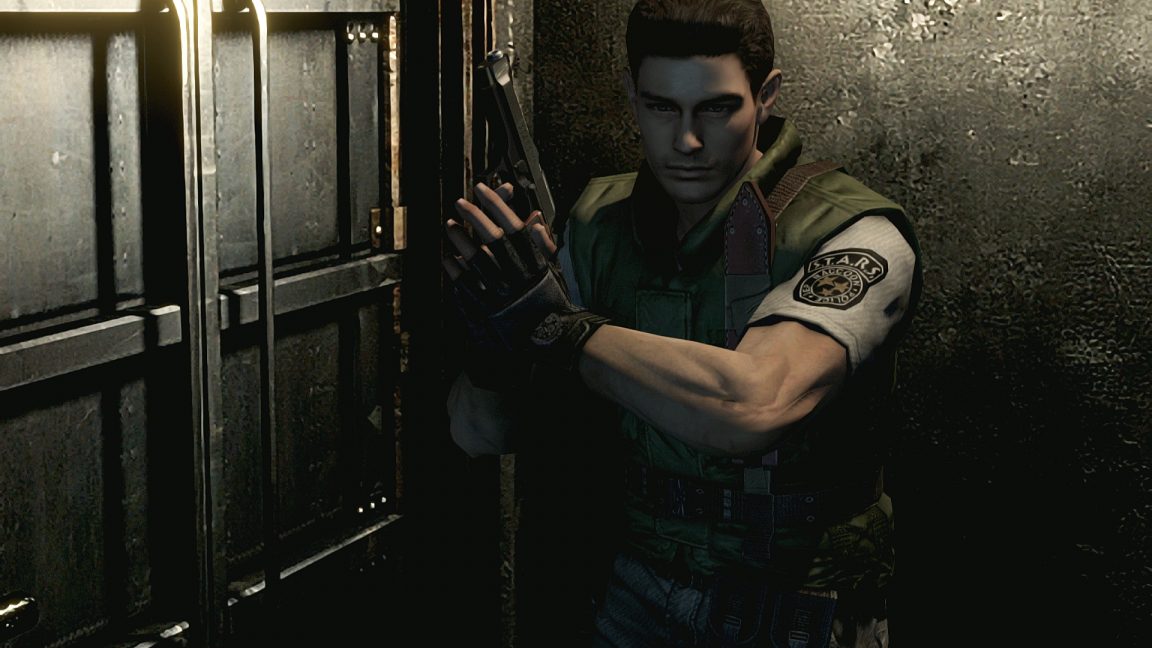 The story: Elite cops Jill Valentine and Chris Redfield, alongside middle-aged brick shithouse Barry Burton, cartoonishly diabolical Albert Wesker and instantly forgettable bandana aficionado Joseph Frost, take a chopper ride to search for their missing police-friends, who have been investigating a series of cannibalistic killings. That goes about as well as you’d expect in a world where everyone talks like a B-movie actor on diazepam.

Taking control of either Valentine or Redfield, they end up in a mansion drenched with atmosphere and loaded with the undead and scientific abominations. Oh, and there’s that whole corporate pharmaceutical bio-warfare plot going on courtesy of – spoiler alert – the cartoonishly diabolical character, who’s working for evil bastards Umbrella. We’ve all been there. In 2002, Capcom remade this for the GameCube – and it was beautiful, capturing the original’s suspenseful mood, while bringing new ideas to the dining room table.

Do say: “I always preferred the Japanese opening FMV, where Chris Redfield smokes the shit out of a cigarette. Now that’s character.”

Don’t say: “It created the survival horror genre.” It didn’t. It just popularised it after knocking off the basic premise of the original Alone in the Dark (i.e. the only good one).

Casual conversation starter: “Resident Evil was originally intended as a remake of Capcom’s survival horror Sweet Home, but with added George A. Romero.”

[As a side-note, I once completed the game in 1 hour 4 minutes. That has less to do with skill and everything to do with map memorisation and a great big fuck-off rocket launcher you get for completing the game. This anecdote is now yours; use it to pepper up your own lies and fakery.] 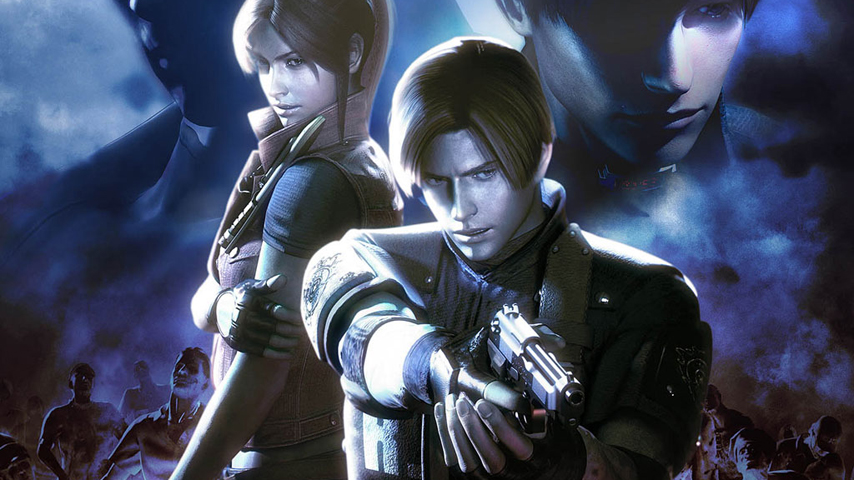 The story: Dickless rookie cop Leon S. Kennedy and badass biker Claire Redfield, sister of former protagonist Chris, have picked a bad day to visit Raccoon City. And not just because the shrimps are out of season. Sequels need to be bigger, so now we’ve got a whole city infected with the updated G-Virus, all of whom want to eat the living shit out of your brains – although most of the action takes place in a museum-like police station. Throw in a corrupt and psychotic chief of police, the 12-year-old daughter of the scientist behind the virus, and achingly mysterious femme fatale Ada Wong, and escaping the horror becomes what’s professionally known as a total clusterfuck.

Do say: “The A-B narrative system added so much replay value. But Leon’s B ending clearly kicked the most ass.”

Don’t say: “I preferred it when the voice actors couldn’t act.”

Casual conversation starter: “It would’ve been cool to play the original sequel, Resident Evil 1.5, before they scrapped the project in favour of this.” 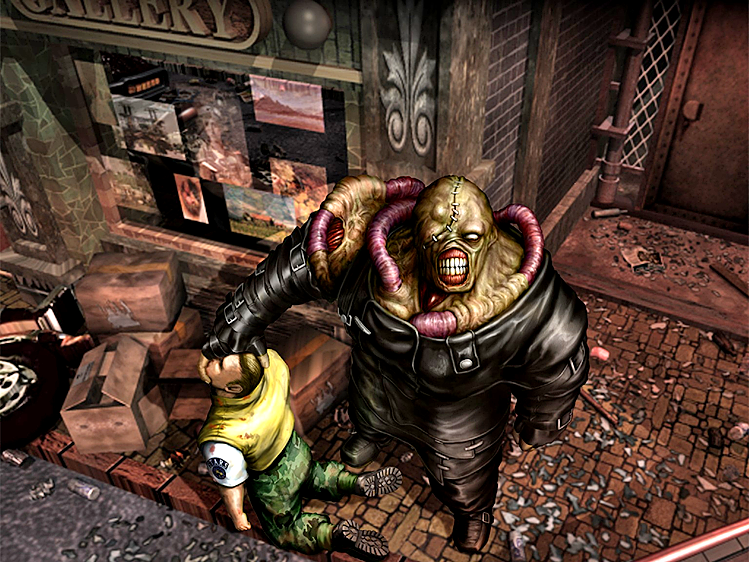 The story: Set 24 hours before Resident Evil 2, original hero Jill Valentine returns to the streets of Raccoon City, only to find herself stalked by the Nemesis, one of Umbrella’s bio-organic weapons (namely, a big dude in a trenchcoat and half a face). With the US government planning to nuke Raccoon City, Valentine teams up with a bunch of completely trustworthy Umbrella clean-up operatives to escape ground zero before the “You Are Dead” screen splash catches up with them. And then, oh snap, turns out one of those Umbrella ops were bad guys all along. Did not see that coming.

Do say: “Technically the beginning of the end for the series, since it placed so much more emphasis on action than horror.”

Don’t say: “This game really feels like a part of the mainline series and not at all like a cheap spin-off cash-in.” (See also Resident Evil: Code Veronica).

Casual conversation starter: “You know, the inspiration for the Nemesis was the T-1000 from Terminator 2: Judgement Day.” 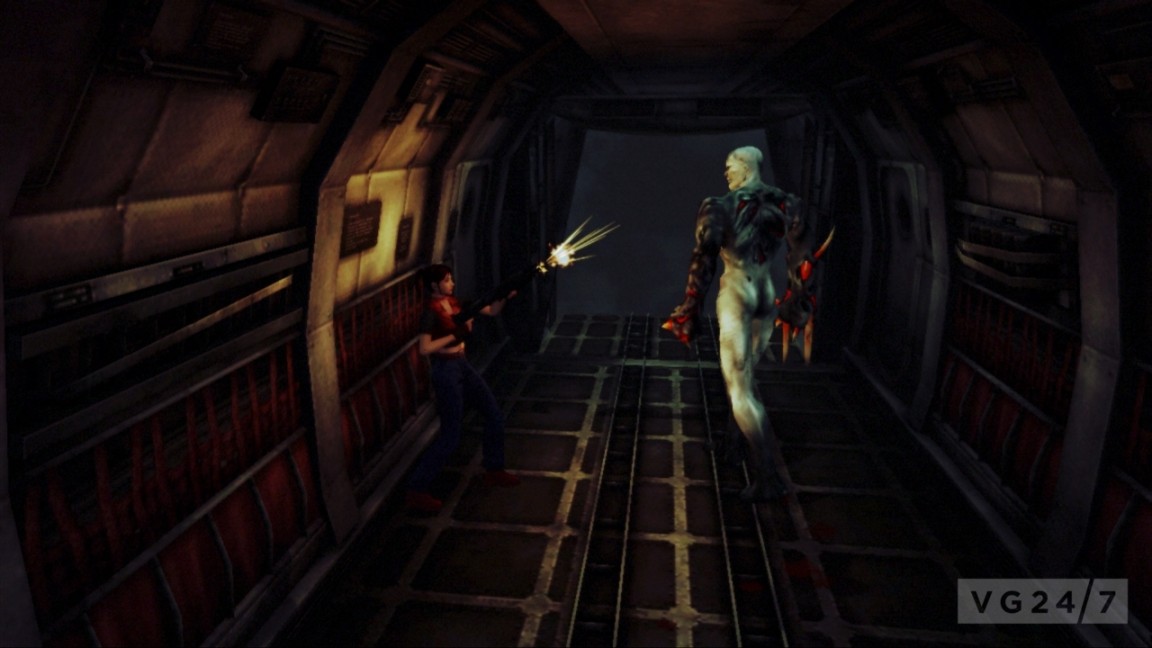 The story: Claire Redfield is on one of those lone-wolf missions to kill Umbrella dead when she’s imprisoned on an island. And not one of those good, Caribbean islands where waiters bring you daiquiris on request. There she’s joined by try-hard Steve Burns and they do what every RE character does: escape. Meanwhile, Chris arrives to save his sister Claire – who despite obvious skill and badassery is now a damsel in distress at this point – and discovers big bad Albert Wesker is on the island looking for a sample of yet another zombie-producing virus. Just to make life a little harder, the island’s chief, Alfred Ashford, is a homicidal headcase who thinks he’s his twin sister.

Do say: “This was the game that made me buy a Dreamcast.”

Don’t say: “The concept of mental trauma and dual identity is capably explored through the highly relatable and well-written Ashford.”

Casual conversation starter: “You know, this was intended as the canonical Resident Evil 3, but Sony demanded its own mainline numbered entry, so this was relegated to subtitled spin-off.” 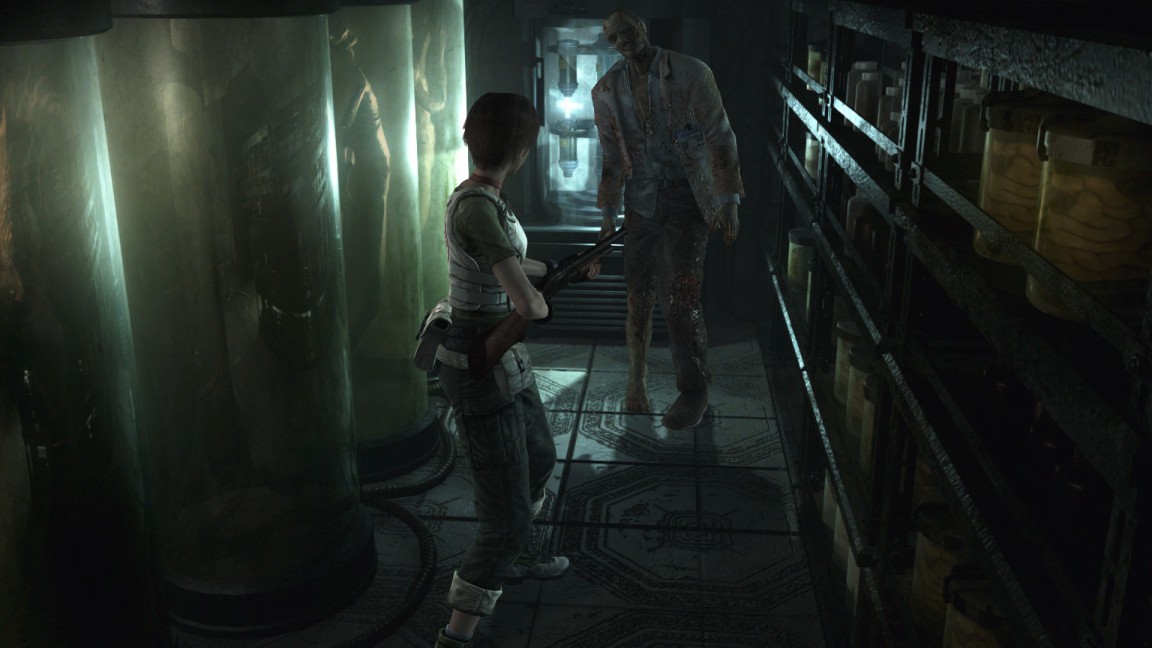 The story: RE1 support character Rebecca Chambers is at the helm here, assisted by convict Billy ‘nice hair’ Coen, revealing the events leading up to the original game. It’s all par for the Resident Evil course, really. Undead bastards, no sodding ammo. After a crash landing on the way to investigate those cannibalistic killings (the STARS team living up to that ‘elite’ moniker again), Chambers boards a train and discovers it’s lousy with murderous leeches. Just like in the original! Remember all those leeches in the first game? Anyway, seems the genesis of this whole affair was something to do with a researcher, who was assassinated by Umbrella, who then replaced him with a mark so they could control some super leech monster. It’s at precisely this point in the Resident Evil series that plotlines go from laughably basic to pointlessly complex.

Do say: “I like how they took inspiration from Sweet Home and replaced inventory boxes with item dropping, to up the difficulty and strategy elements.”

Don’t say: “Why does Rebecca never mention any of these events in the first Resident Evil game?”

Casual conversation starter: Don’t worry about this – no-one ever kicks off a chat about Resident Evil with Zero. 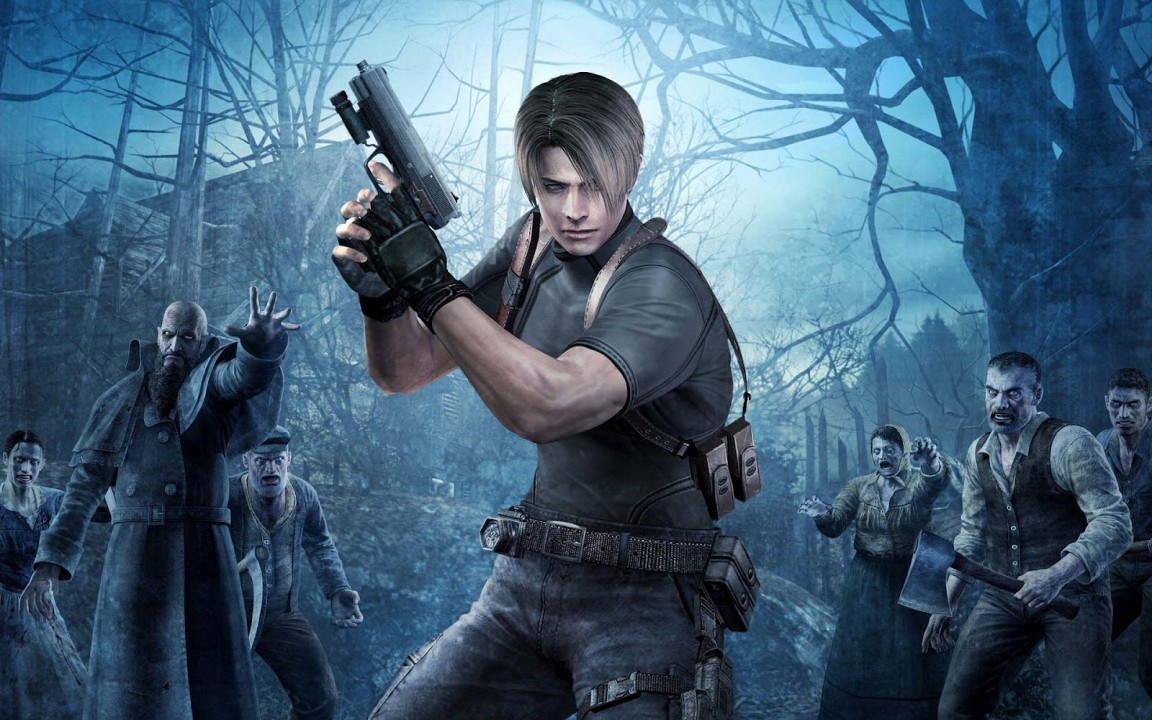 The story: Leon’s all grown up and on a mission to save the President’s daughter, Ashley Graham, from a bunch of warped Spanish cultists. He also has even more ridiculous hair and a nice new bomber jacket with sheepskin trim – vital for killing chainsaw-wielding nutjobs. It’s all part of the master-plan, see, in which cult leader Osmund Saddler intends to infect Ashley with the brainwashing Las Plagas virus, who in turn will infect the President. Because that’s obviously the easiest way to get to the leader of the free world. Shit goes south once Leon discovers that, hey, that mysterious dame from Resident Evil 2 is secretly working with that diabolical dude from Resident Evil 1.

Do say: “This completely reinvigorated the series, replacing fixed camera angles with over-the-shoulder shots that felt up-to-date but retained the claustrophobic feel of the original.”

Don’t say: “I wish there was more Ashley in this game. She was the best and totally not annoying in any way at all.”

Casual conversation starter: “The original RE4 was going to be a lot more supernatural – but when they wanted more survival horror elements, Capcom turned the supernatural version into Devil May Cry.” 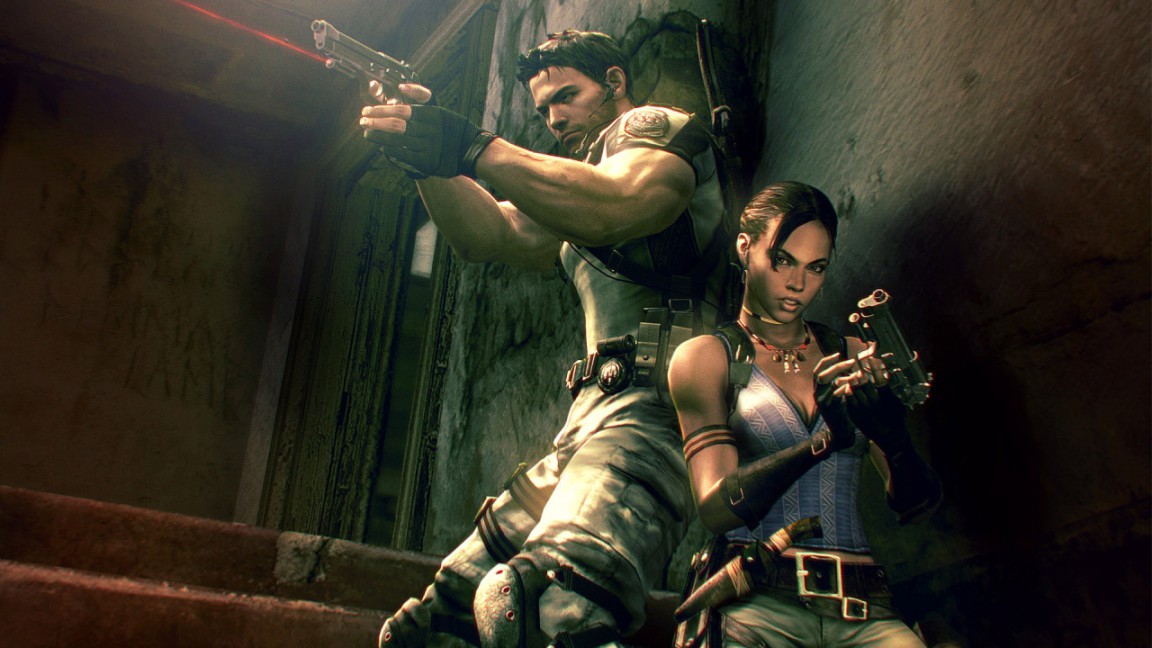 The story: After the events of the original game, Chris Redfield drowns his pain and guilt with steroids and, along with yet another badass lady Sheva Alomar, winds up in some African outback village chockful of not-zombies who want him dead. Despite totally lacking the series’ moody atmosphere, the game desperately brings back Albert Wesker and a brainwashed Jill Valentine as if to shrilly say ‘Look, this is a Resident Evil game, honest!’ Cue yet another overly familiar hunt for a new weaponised virus (Uroboros) that ends with people dying.

Do say: “It’s blatantly obvious that this game was produced without the firm hand of original creator Shinji Mikami.”

Don’t say: Anything about that whole racist trailer debacle. That, my friends, is a can of worms that will eat your racist face right off.

Casual conversation starter: “So, about that whole racist trailer debacle…” 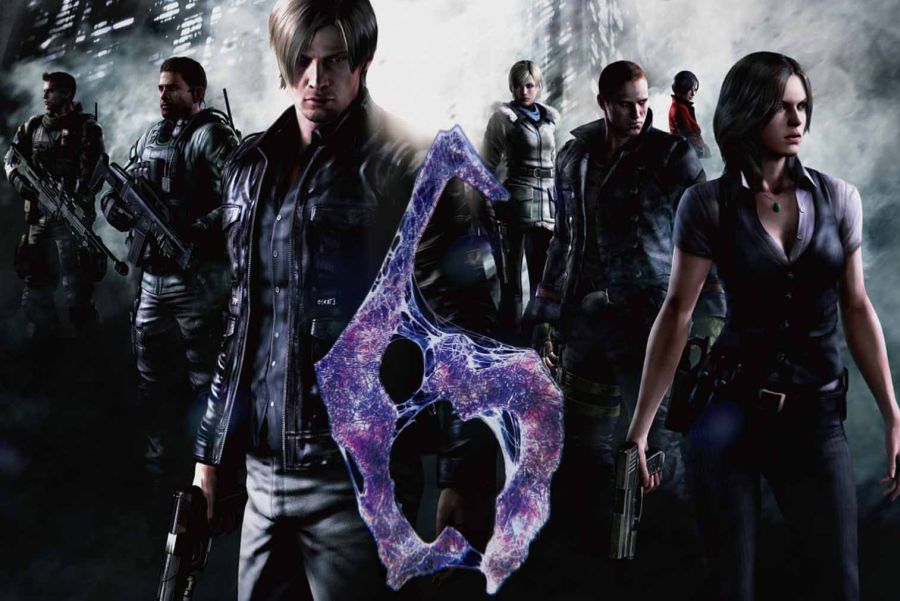 The story: No-one knows. No-one cares. Something about zombies. Maybe. It’s a soulless trip through the lives of three highly unlikeable characters with big guns and big egos who watch a zombie-fuelled world burn and say stuff like “That’s not good” as if anyone was suggesting anything to the contrary. Like Resident Evil, it’s full of B-movie lines; unlike Resident Evil, it contains absolutely none of the charm.

Do say: “Chasing the Call of Duty crowd was the biggest mistake Capcom made.”

Don’t say: “This is the worst Resident Evil game ever!” It’s not. It’s bad – so painfully bad – but when compared to luminaries such as Resident Evil Gun Survivor and Operation Raccoon City, this is a bloody masterpiece.

Casual conversation starter: “Without this travesty of an actioner, there wouldn’t be a Resident Evil 7 as we know it.” 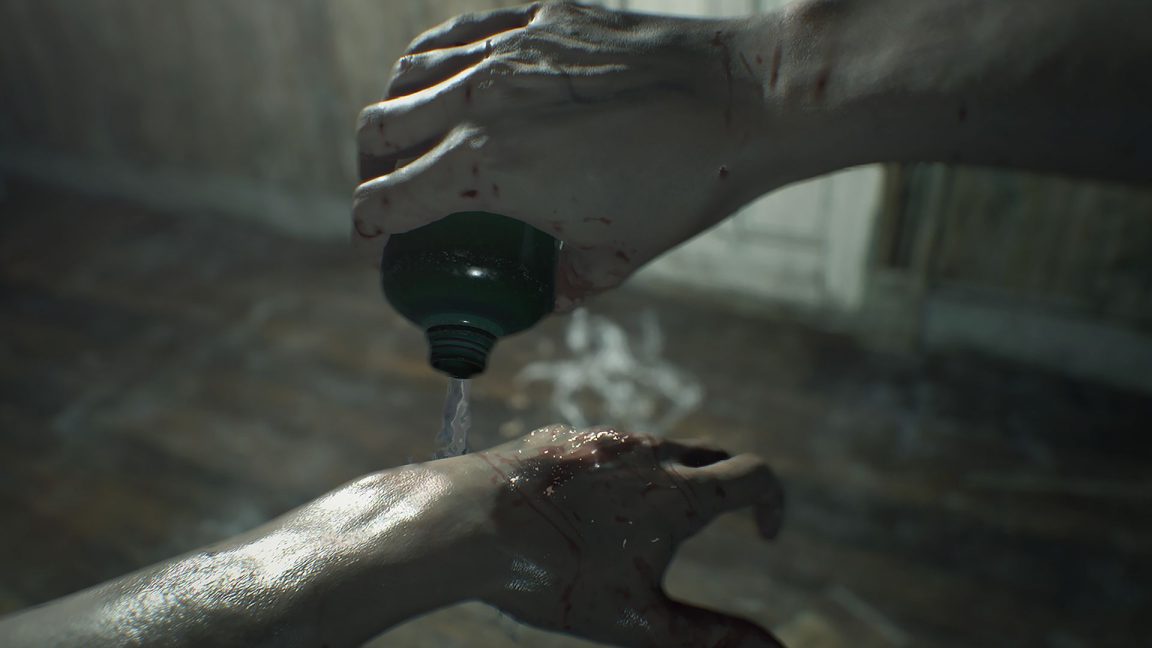 You may not be the master of unlocking, but you’re pretty much sorted when it comes to bullshitting your way through a RE conversation. And if you really find yourself floundering despite tossing out sentences with the words ‘dread’ and ‘horror’ in them, and saying “I genuinely terrified to round that corner just in case another dog broke through the window”, just tell people that the only Resident Evil game you’ve played was The Umbrella Chronicles – an on-the-rails greatest-hits-type shooter. More people owned the Atari Jaguar than played that game.