Your long climb to the final tower is almost over. Almost. 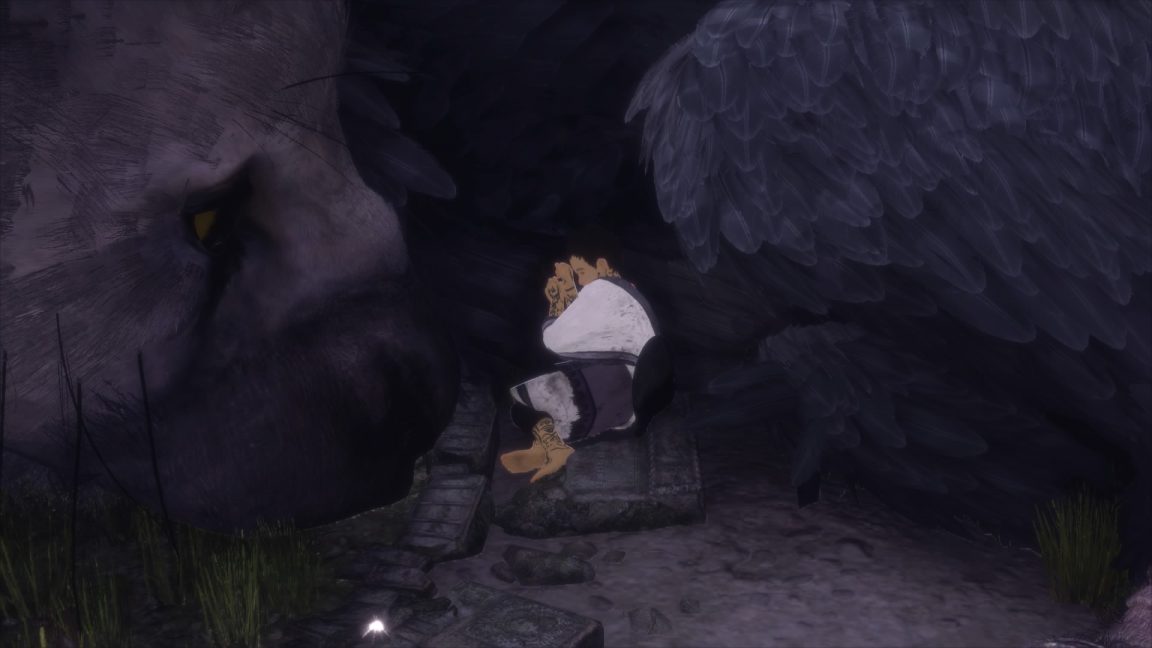 When you wake Trico is better. Command it to jump up the inside of the tower. 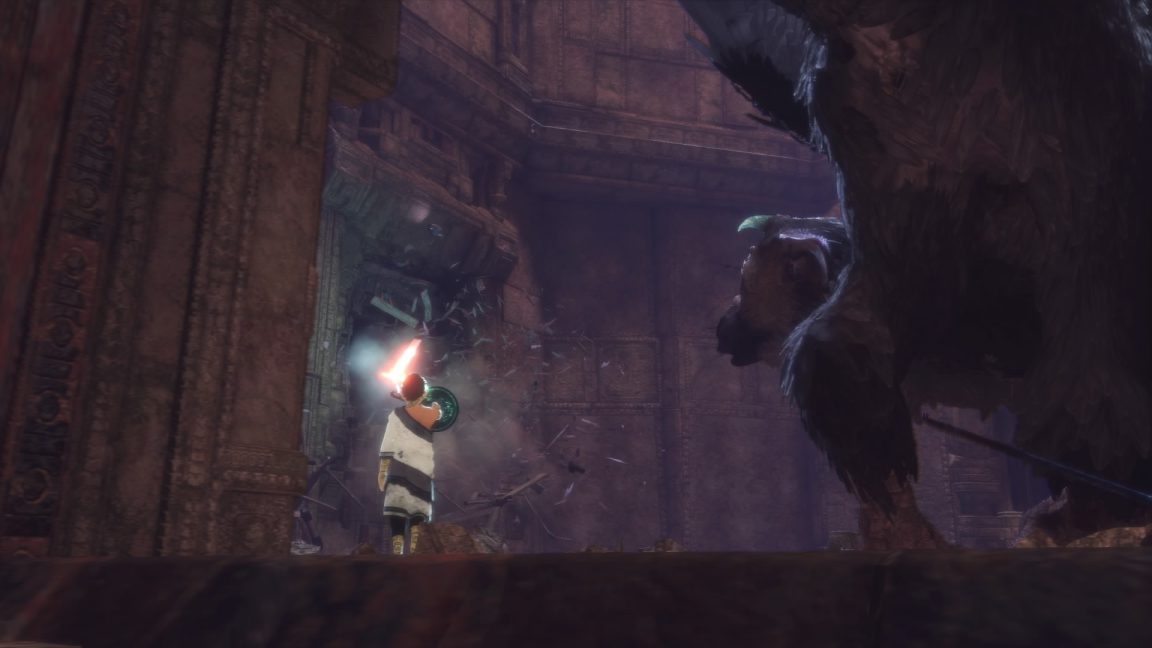 You’ll have to defeat two guards on the way up, using the mirror and Trico’s tail. Just aim the mirror and let Trico do the rest. When you get to where the beast and Trico fought, use the mirror to blast the wooden door off its hinges. 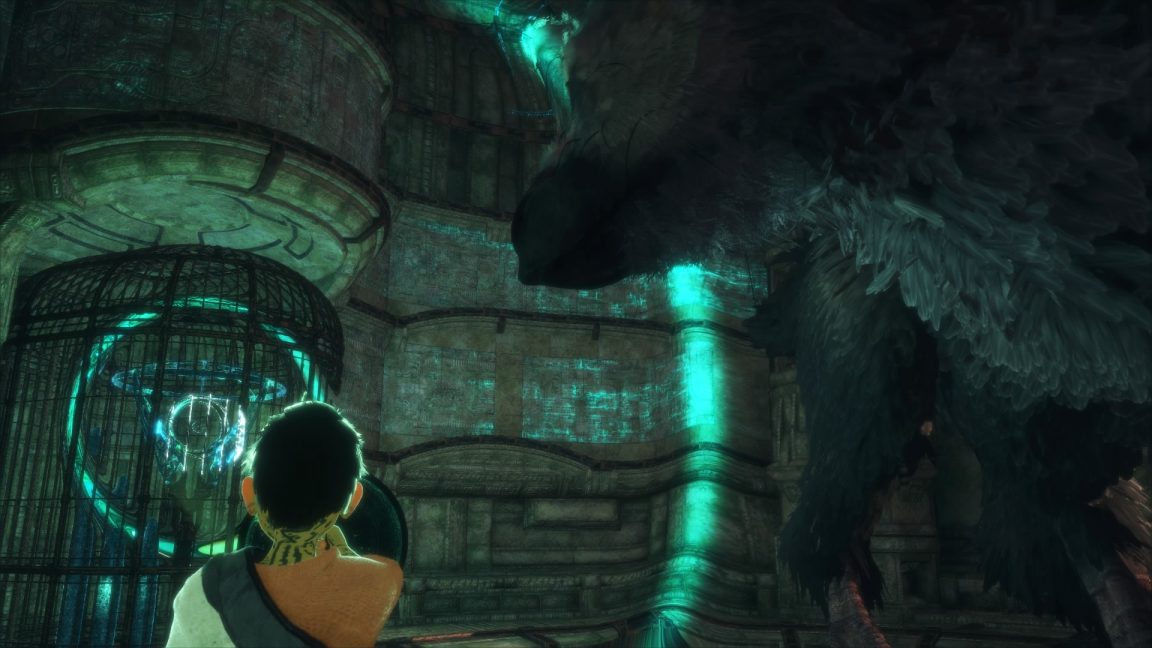 In the next chamber with the blue caged ceiling let Trico blast the blue symbols behind the smaller cage, then head outside. 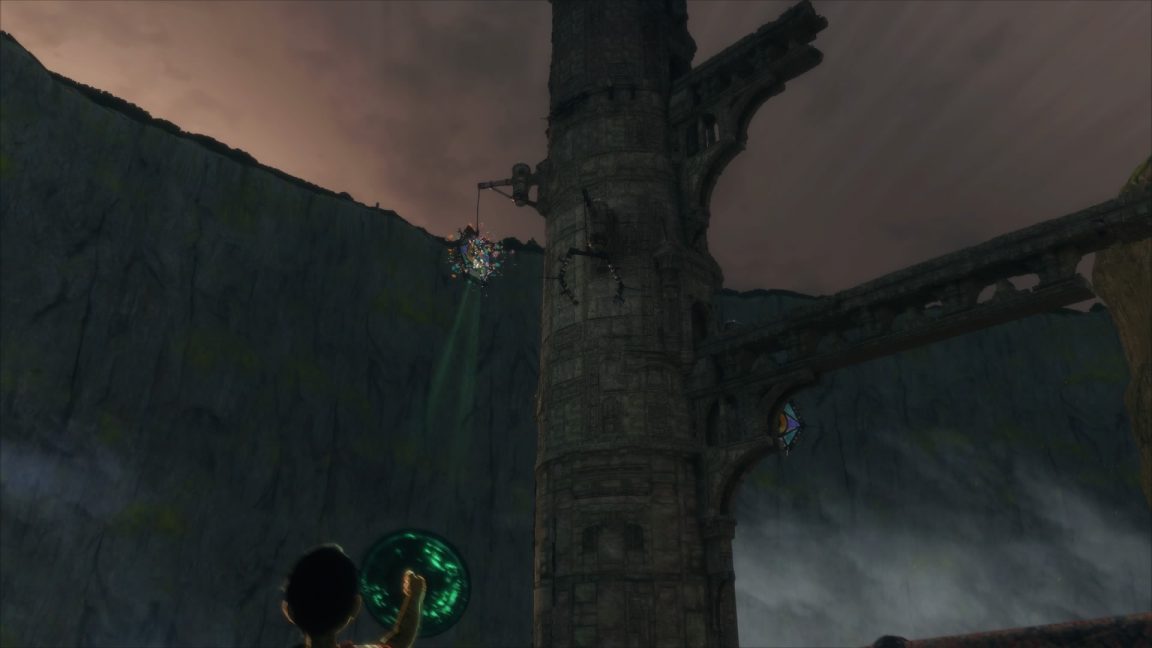 Outside target the stained-glass eyes and let Trico blast them to pieces. 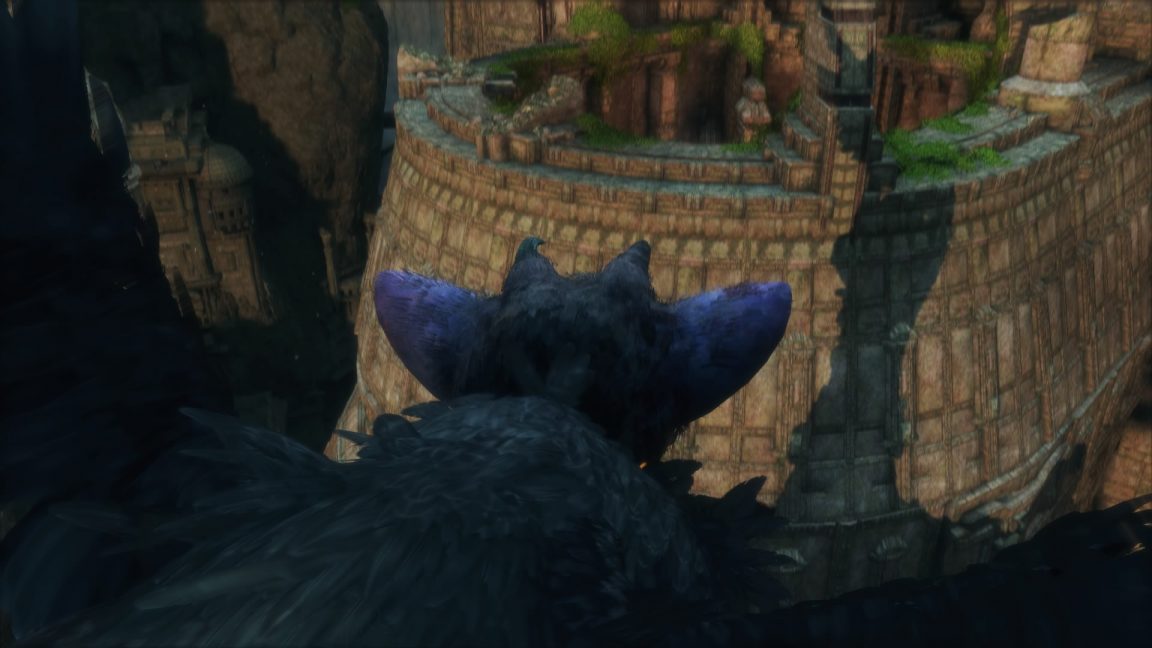 Then climb up on the roof of the building you were in – Trico will give you a boost up, before following. 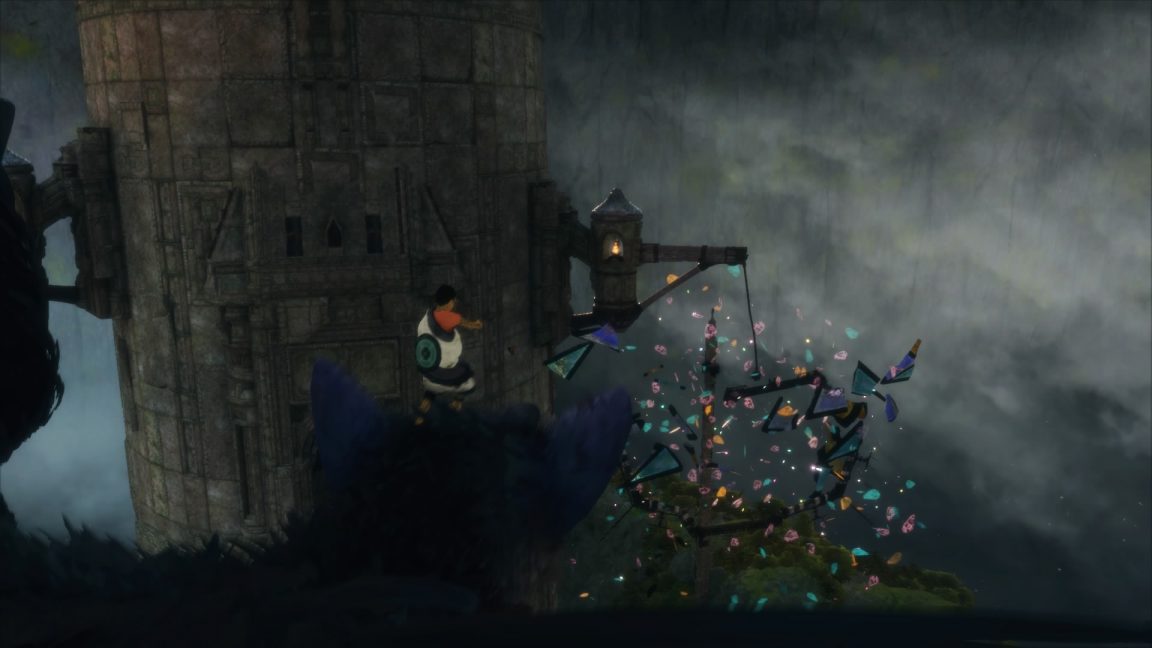 Guide Trico around to the left using the pillars and you can use the mirror to blast any last eyes while standing on Trico’s head. Once you get through the next tower you’re almost there. Trico will work its way up and around the tower opposite, until you see the blue gargoyles, where you’ll have to jump over, around the building, and get inside to release the gate.

Call Trico over and get it to blast the large hanging eye, then cling on as it leaps across the broken stone bridge, through the next tower, up and around to the top. From inside the next tower you’ll have to target the guards throwing spears, and let Trico blast them with its tail. Then take a running jump over towards those guards, open the gate, and again, outside and round and up the tower. 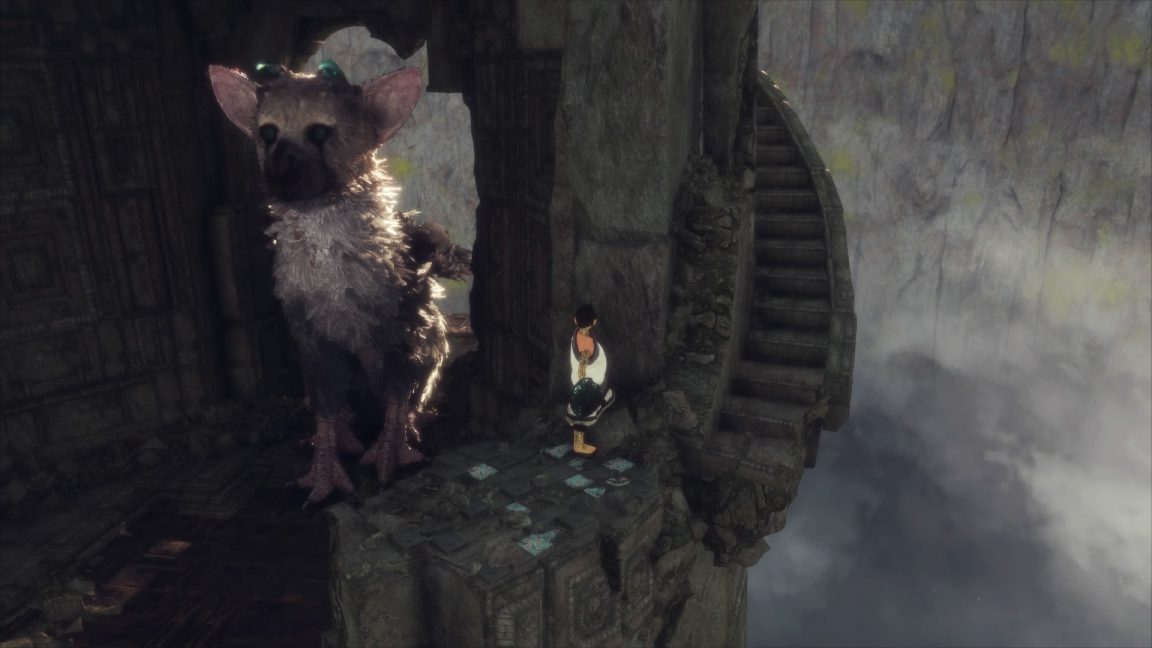 Once inside the tower, leave Trico and go onto the balcony, then up and around until you reach the lever, which extends a drawbridge. Jump onto Trico and jump the gap. 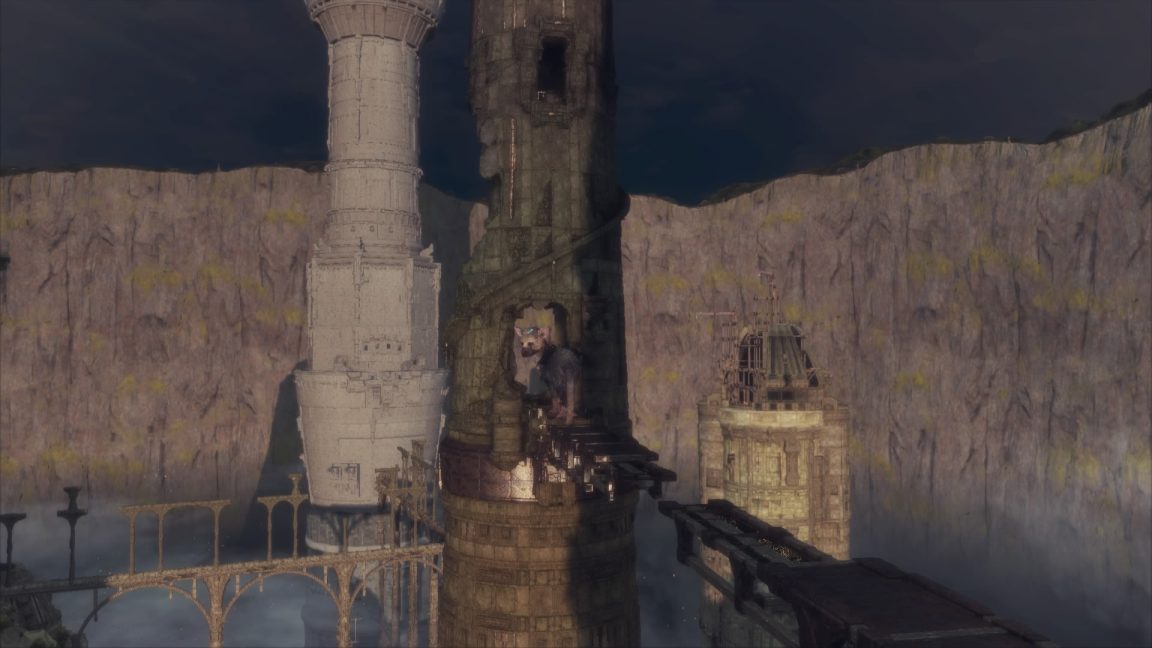 Once in the next tower, climb up the spiral staircase on the outside, nip in through the gap and pull the lever, connect the last two towers. You can now use this as a runway to run up and launch Trico to fly all the way over to the blue tower.

How to defeat all the guards 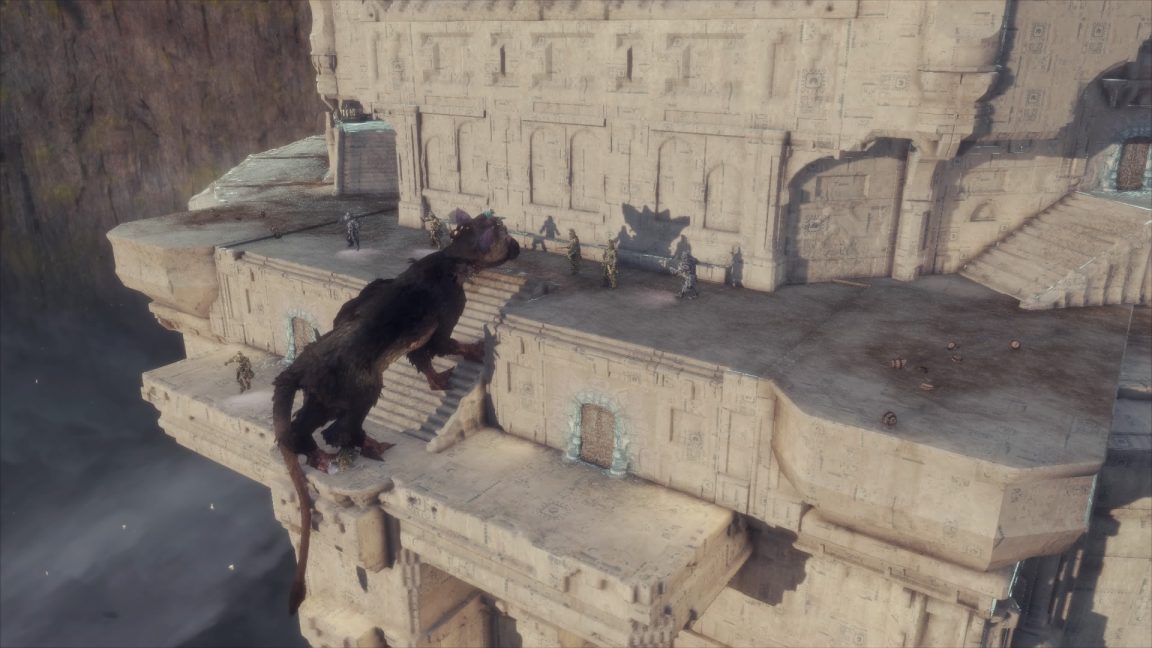 When it lands there you’re in for a fight. You can act as bait, luring guards towards Trico, who will smash them to pieces. When the guards with the eye appear, bowl into them and try to pick up and throw their eyes over the edge of the tower. 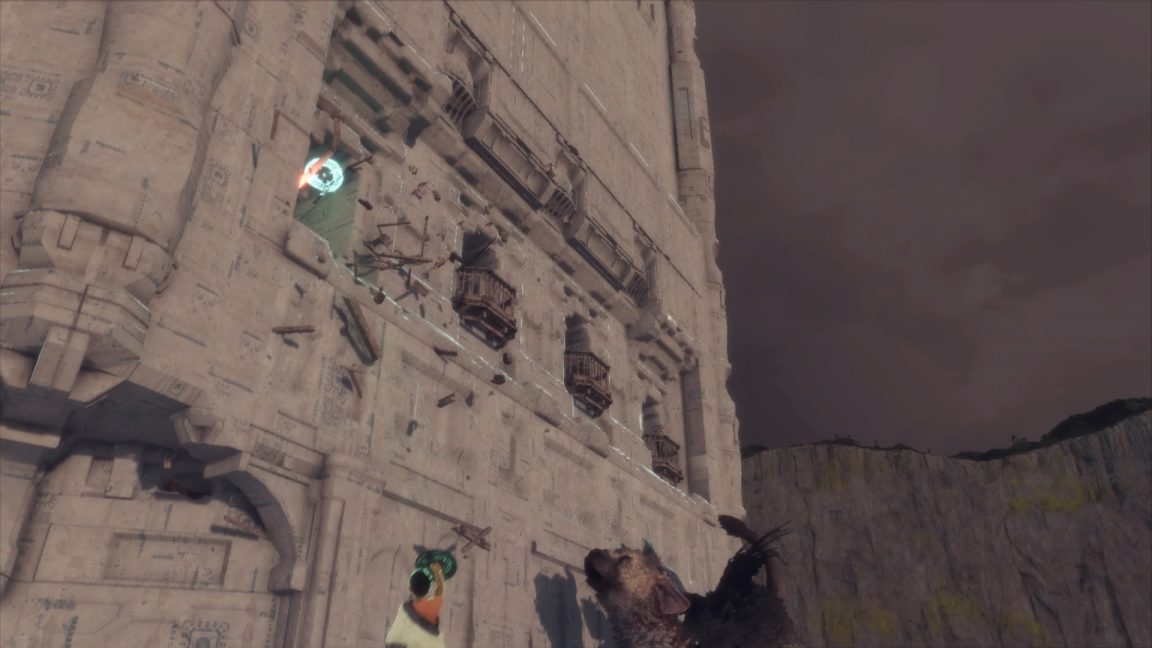 Finally, there’s four balconys just above with guards throwing spears. Use the mirror to target and destroy them.

How to activate the ice lift 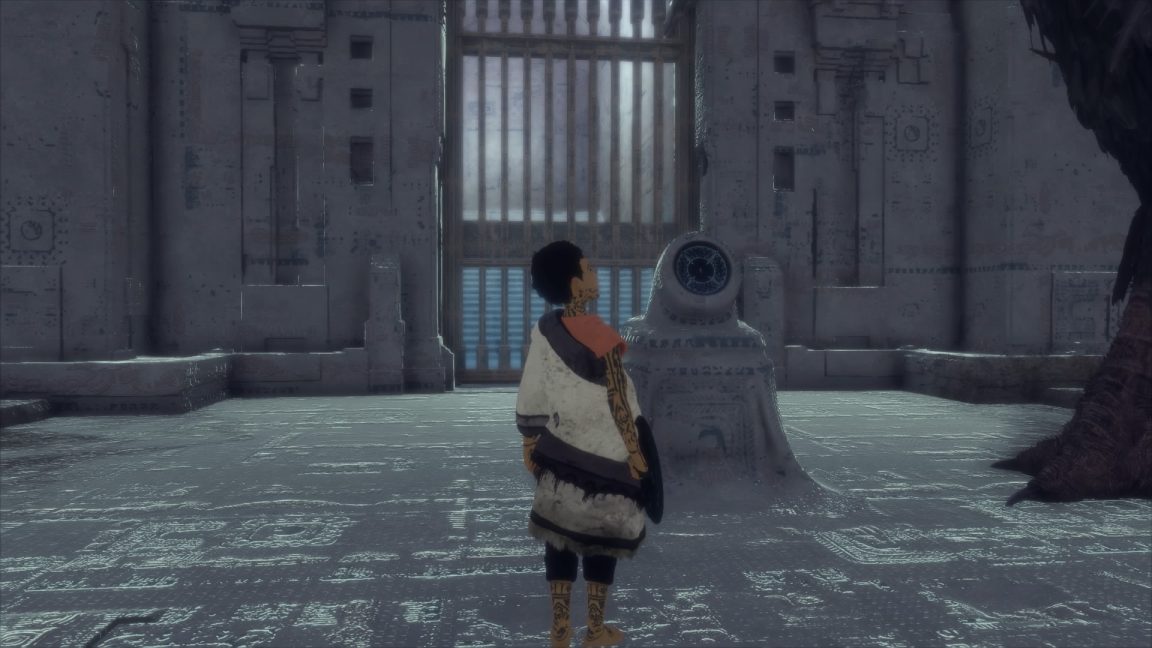 Pull the spears from Trico, calm it down, then walk around the outside to the gate where you place the mirror. 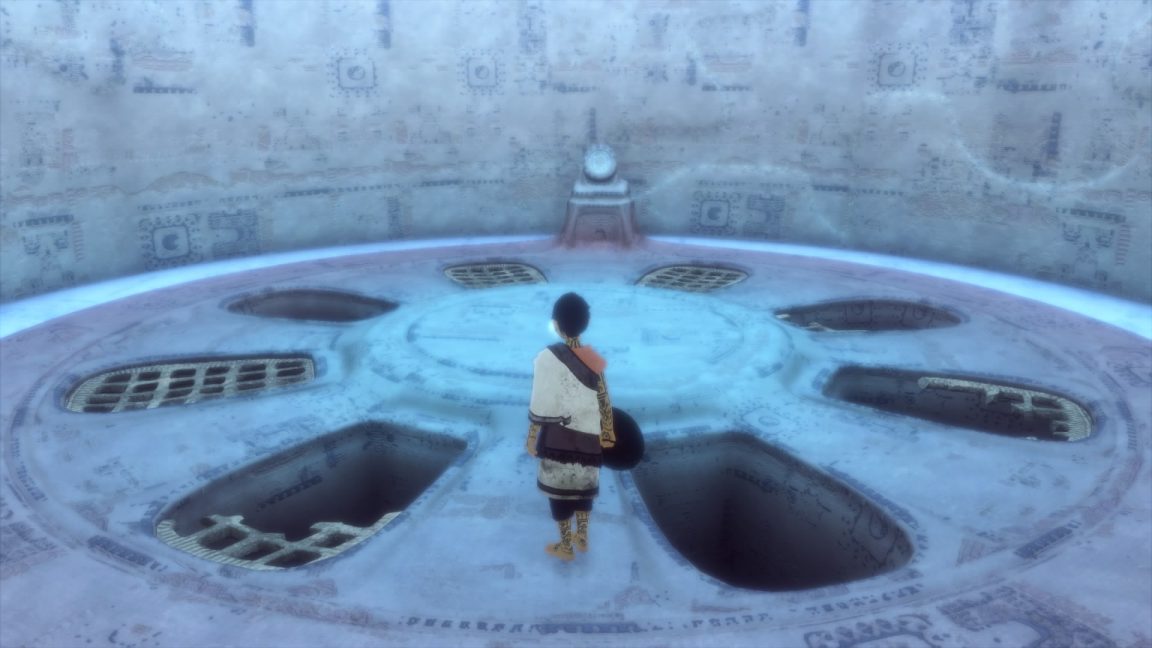 Head on inside and into the circular chamber.

Grab Trico’s tail and drop it down the widest hole. Climb down and jump to the ledge, where you’ll find guards and slots for the mirror. 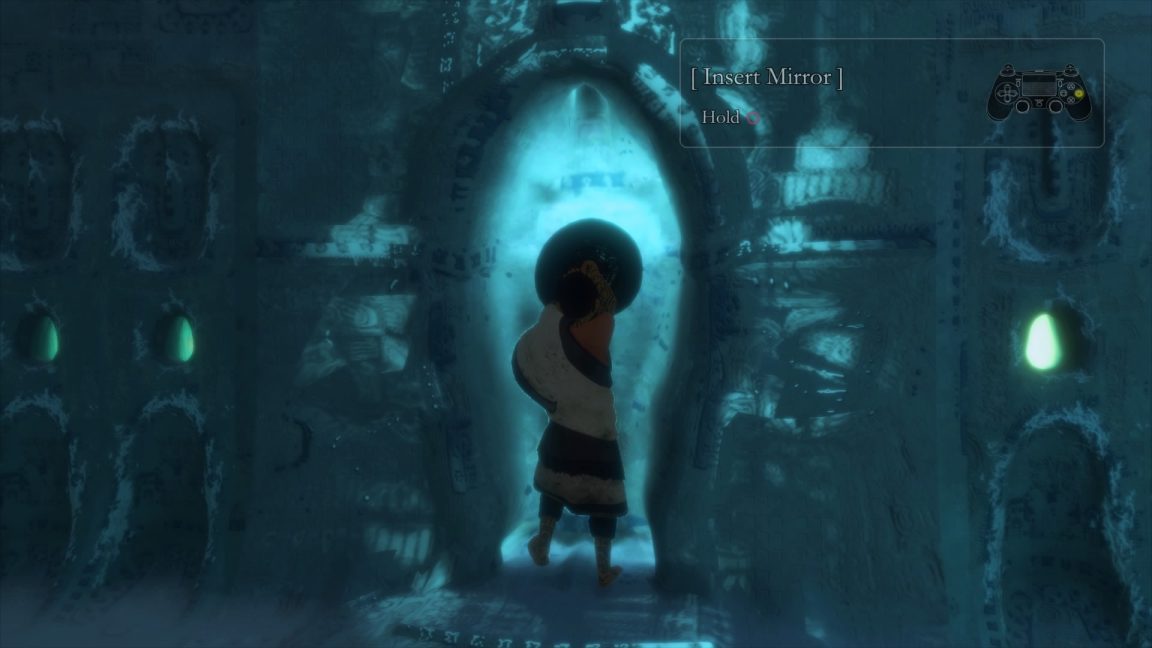 You have to activate six slots here, so turn to the left and place the mirror into the first slot. It will pulse and you’ll see the roof of the building glow. Do the same with the second slot on your left and you won’t alert any guards. Yet. 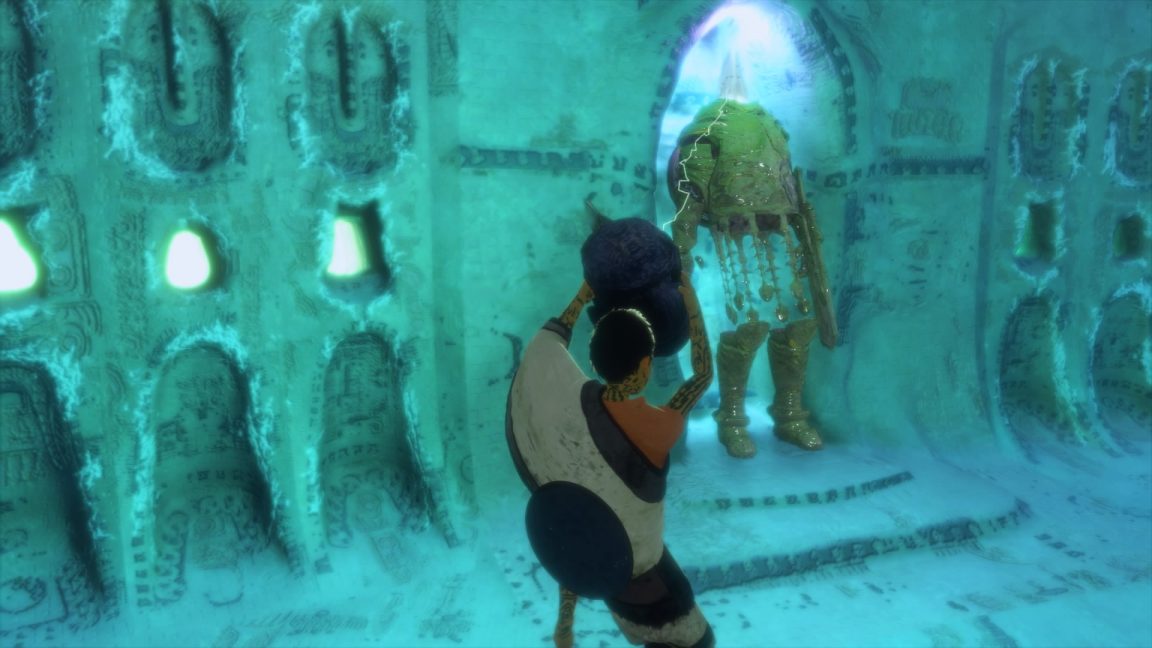 The next four slots are behind headless guards, so you’re going to have to pick up a head, activate them, run away, and then dash back to place the mirror in the newly revealed slots. This is very tricky because by the end of it there are six guards chasing you. Try rolling around them to avoid them, and placing the mirror in the slot quickly. Don’t hang about, as soon as it pulses, you’re good. 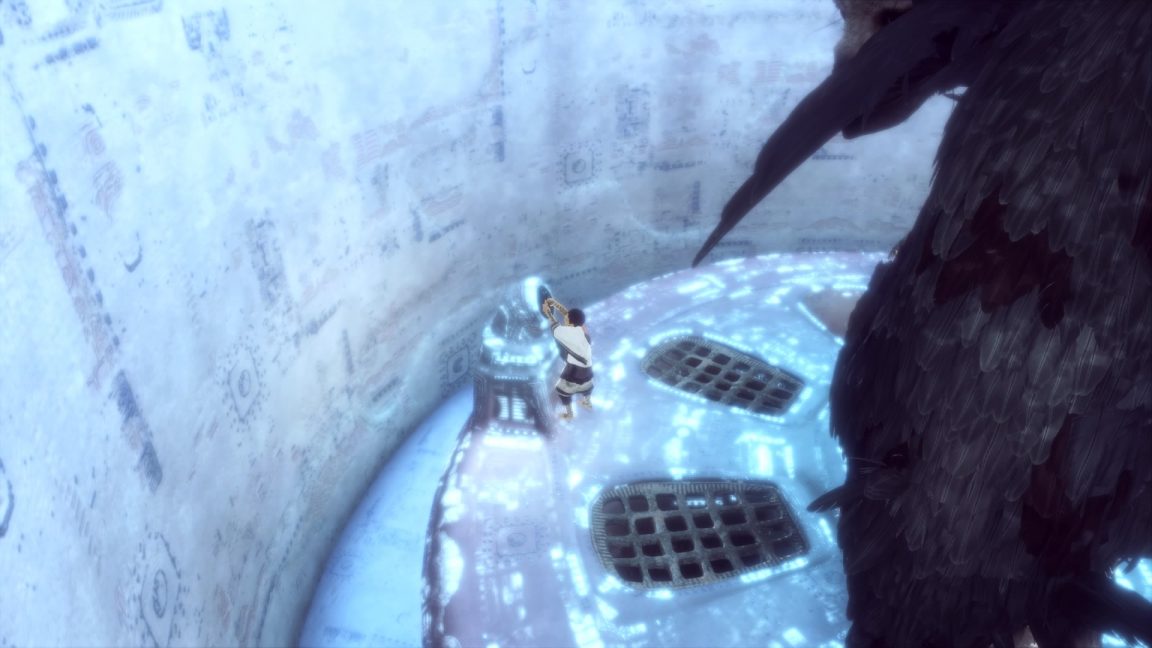 Now climb back up Trico’s tail and activate the lift. 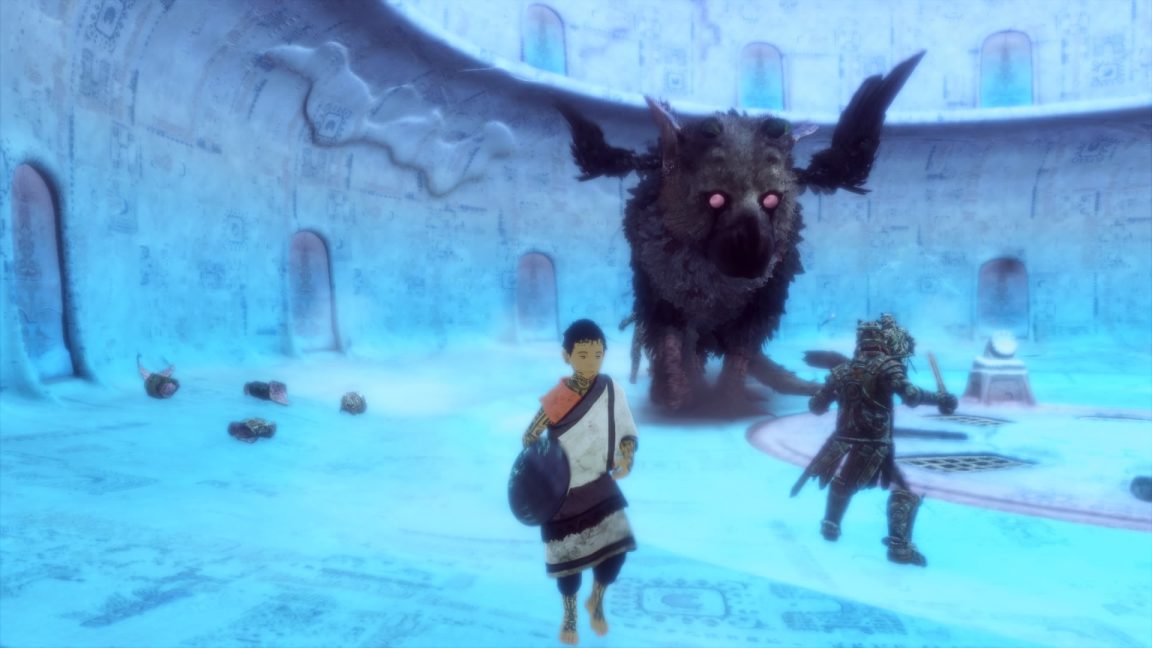 At the top you have an epic fight with guards. Trico does all the hard work, just keep luring them towards him. Oh, and you can now pull the heads of guards once Trico has knocked them down by pressing the circle button. Mirror-blast the two guards on the level above too. 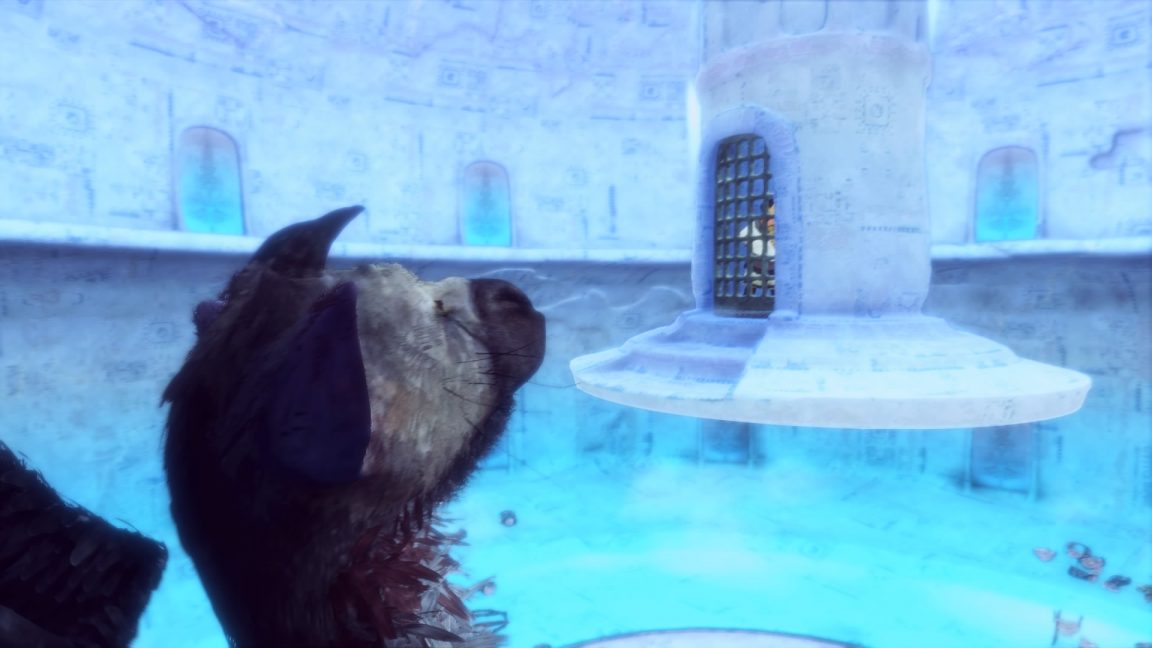 Shine the mirror to the ceiling and when the lift drops down, get inside it. 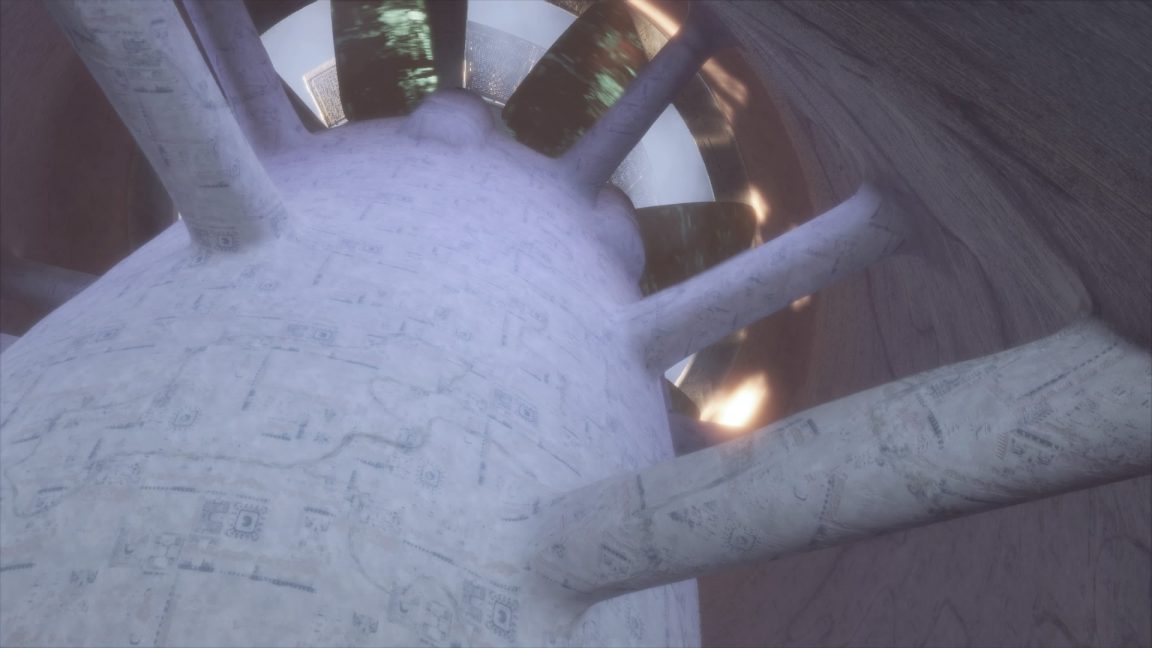 The next chamber has a weird globe and fan on the ceiling. Command Trico to climb until it can go no further. 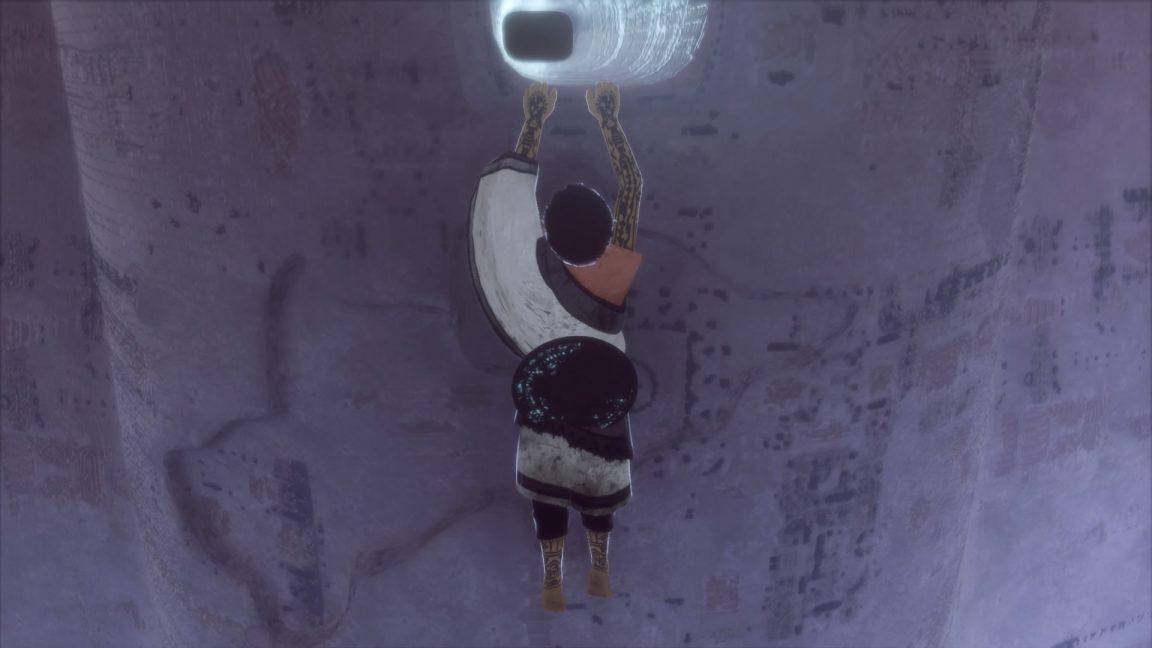 Now climb inside the small hole with the green light. You’re almost done…

Next – Part 16: the master of the valley puzzle, the final battle