If you are a Final Fantasy 15 fan who is also looking forward to Nier: Automata, Square Enix has announced a collaboration between the games. 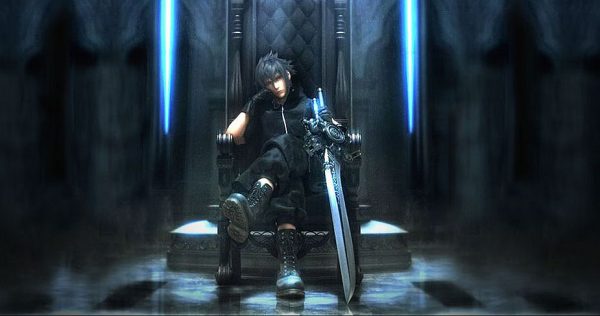 The collaboration will see Notcis’ massive sword, the Engine Blade, appear in the Platinum Games action title. Screenshots of the weapon in-game are shown below.

As protagonist 2B, players will be able to equip the sword, which will also alter the evasion effects and damage display to match the style of Final Fantasy 15. 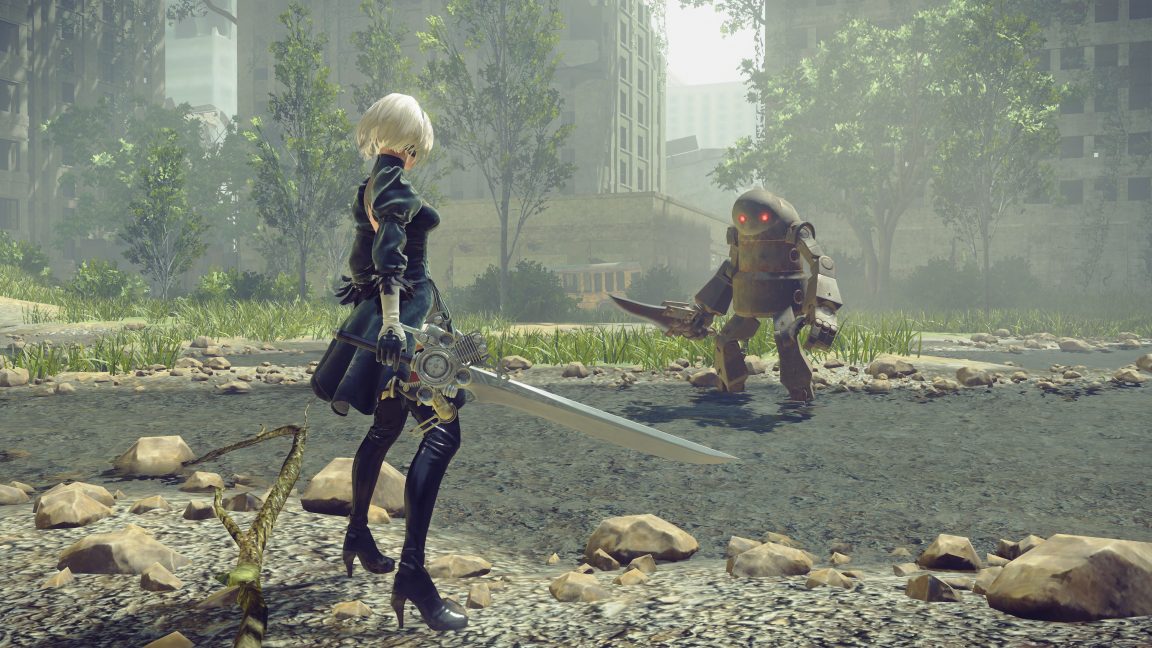 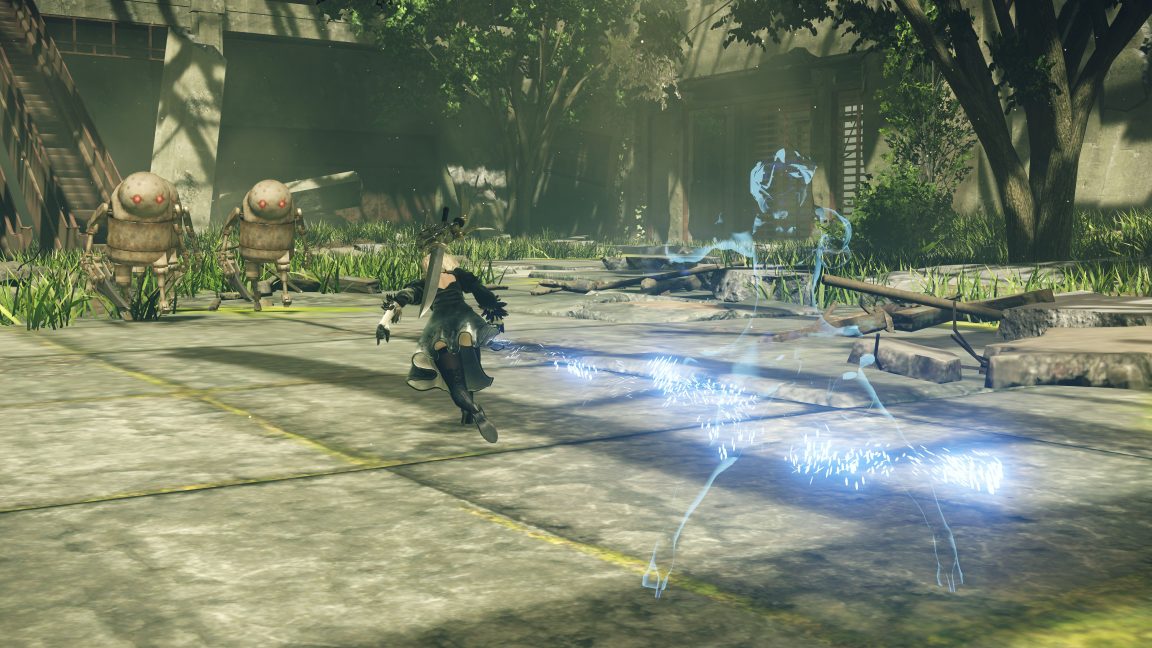 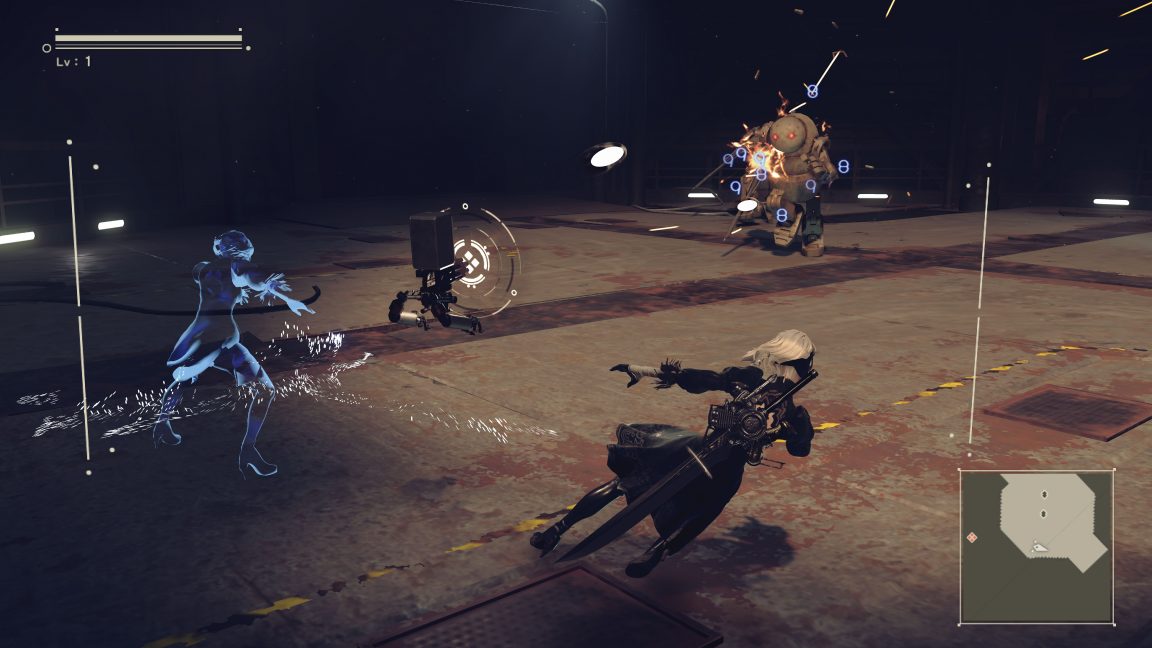 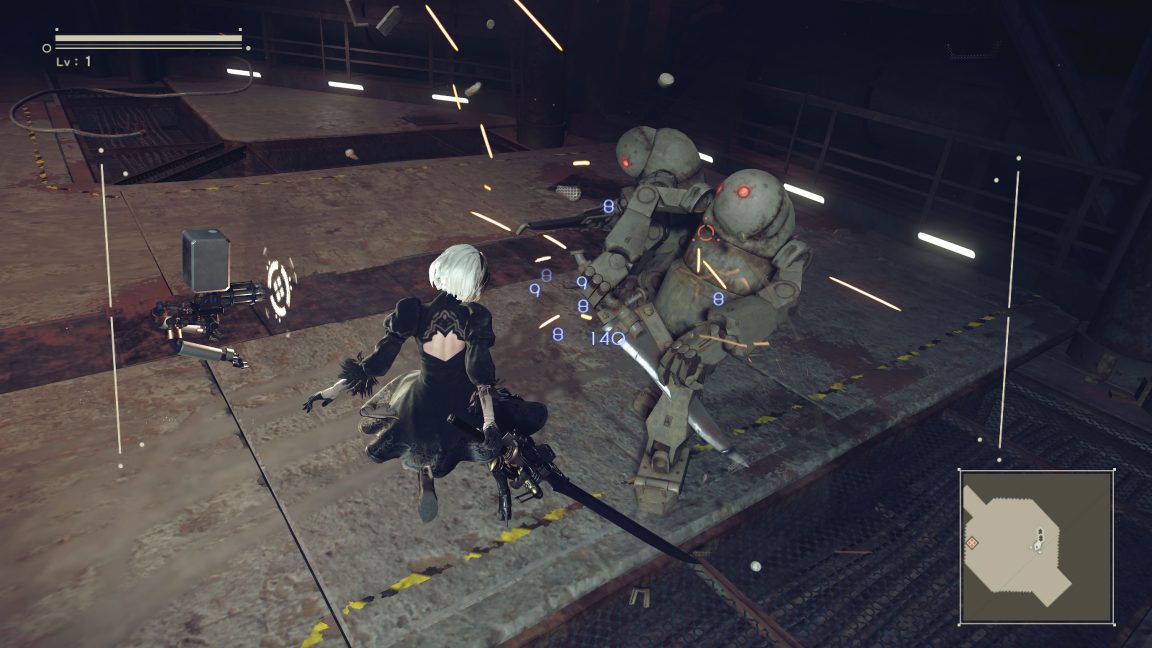 Nier: Automata is set for release next year on February 23 for PC and PlayStation 4.

Another set of screenshots showing the Forest Zone in the game were also released. 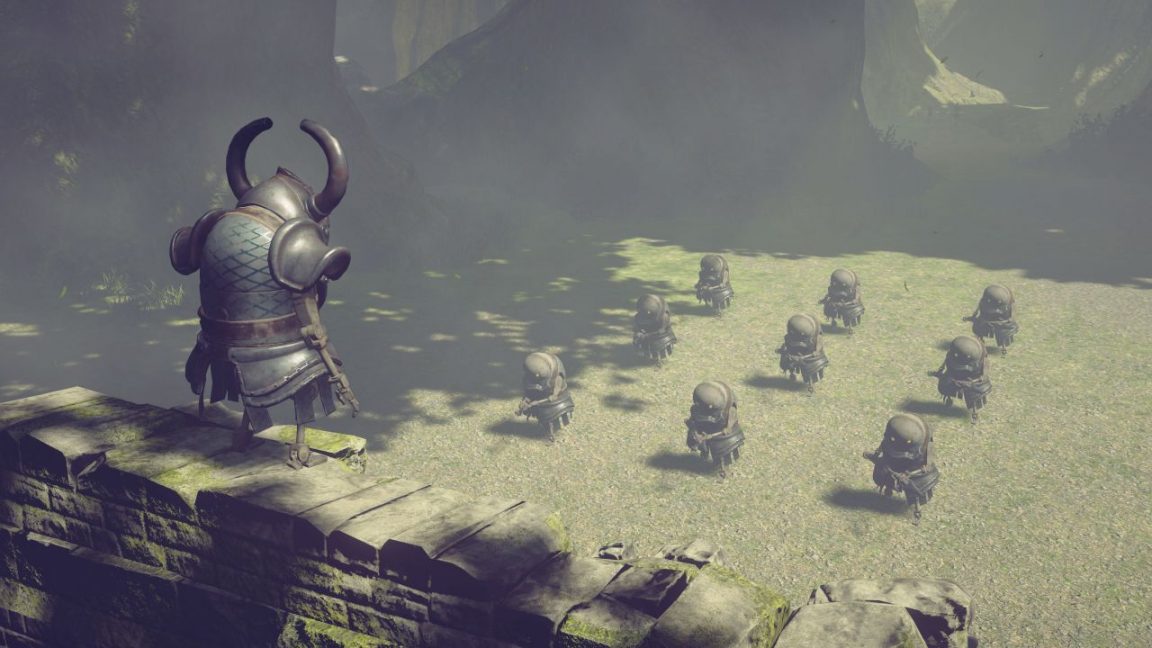 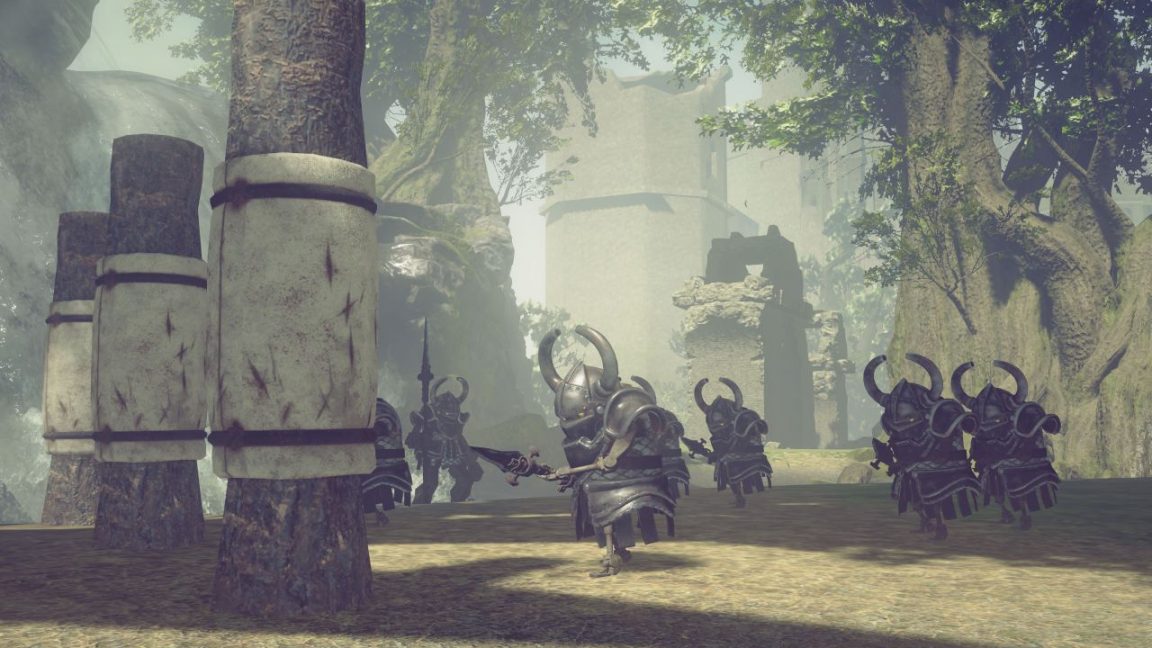 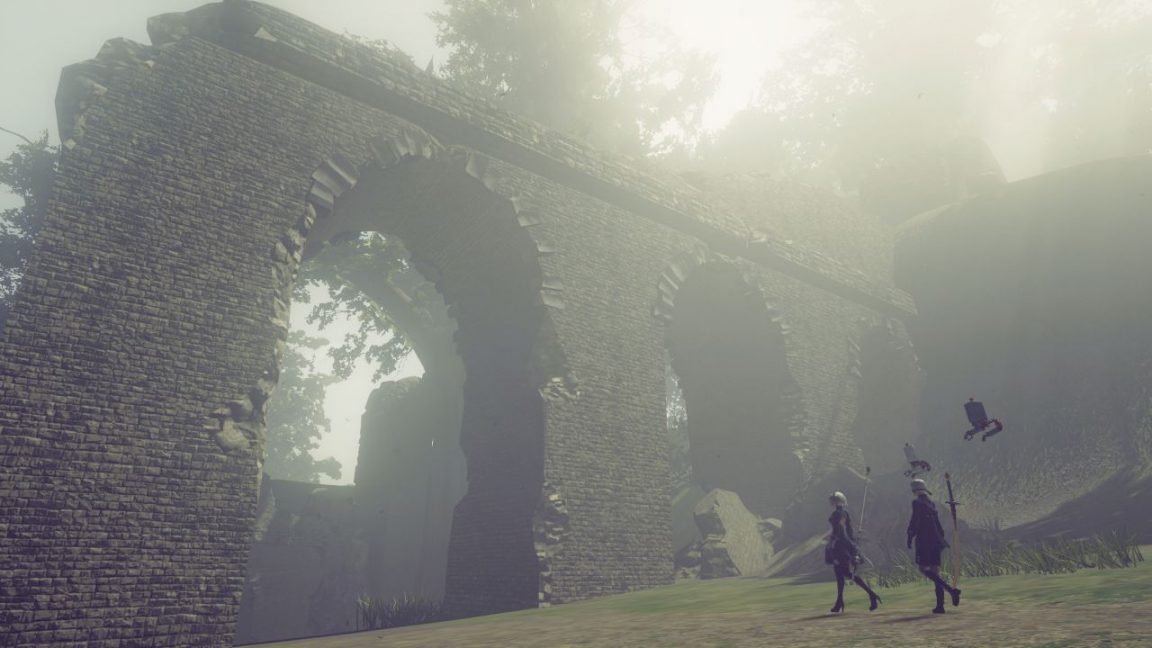 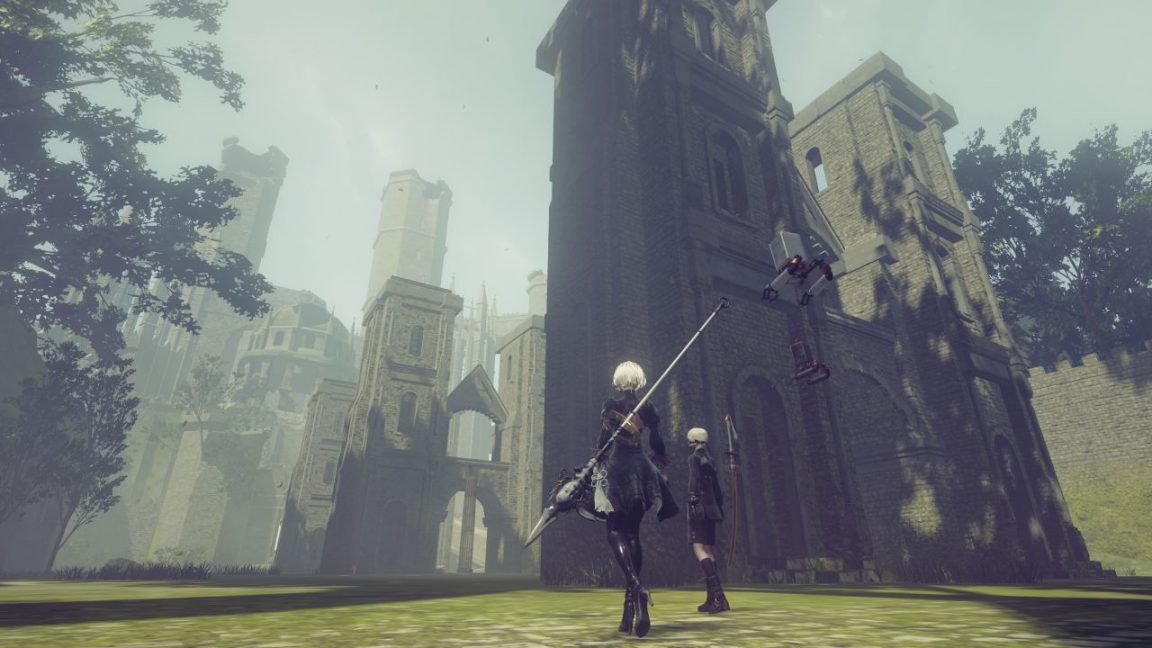 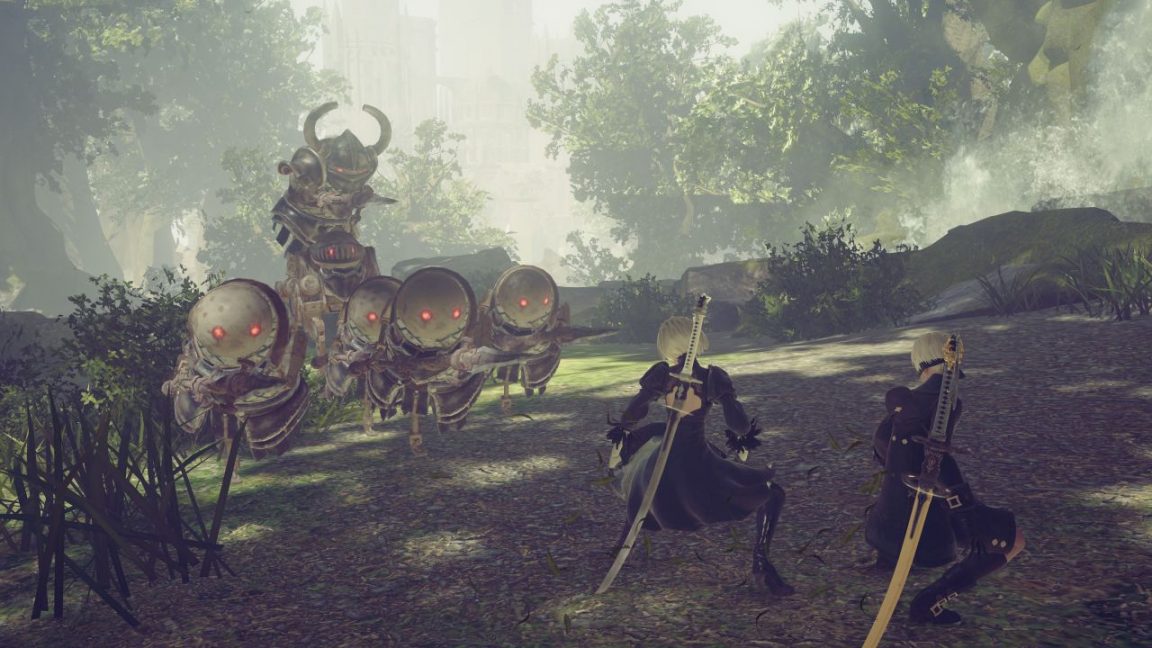 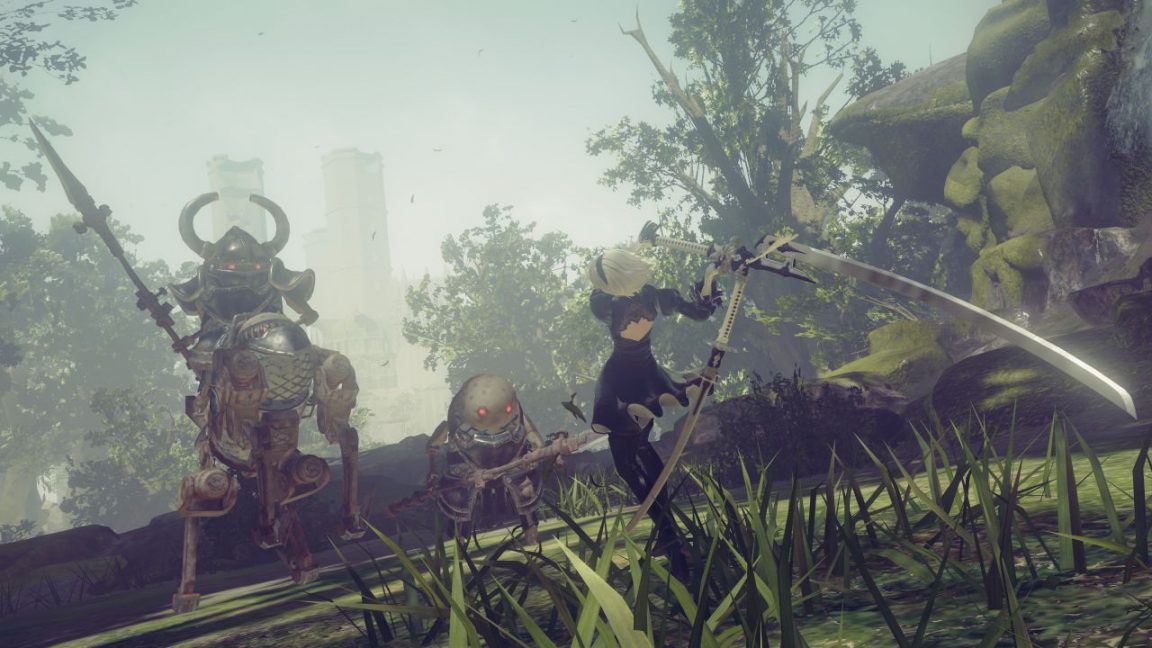 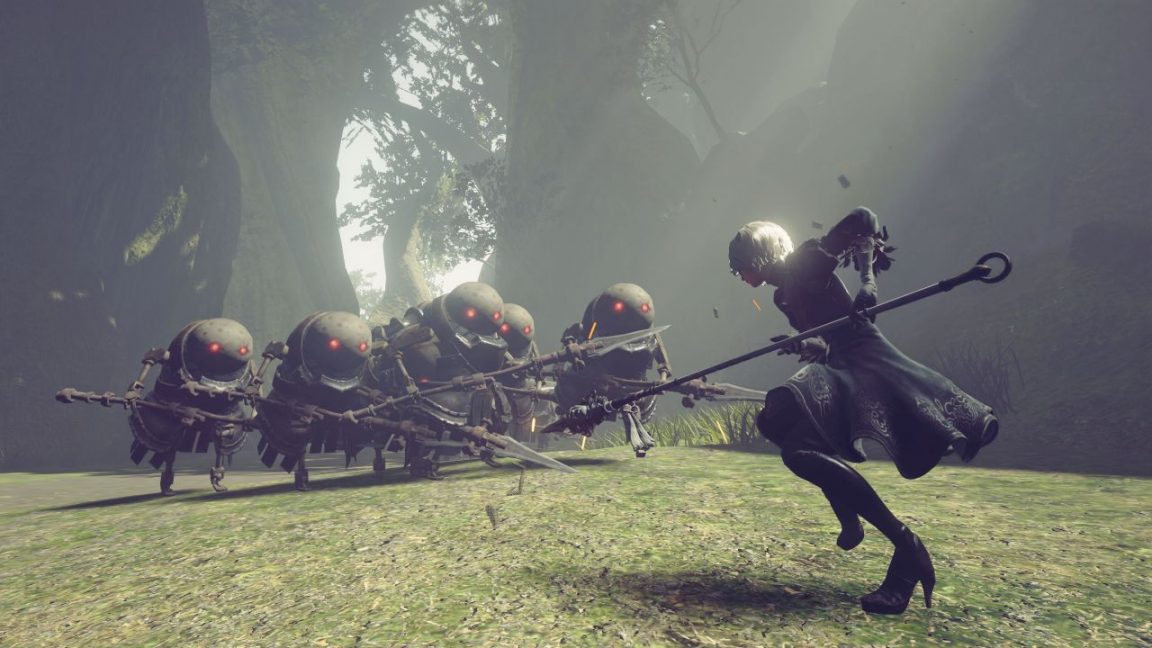 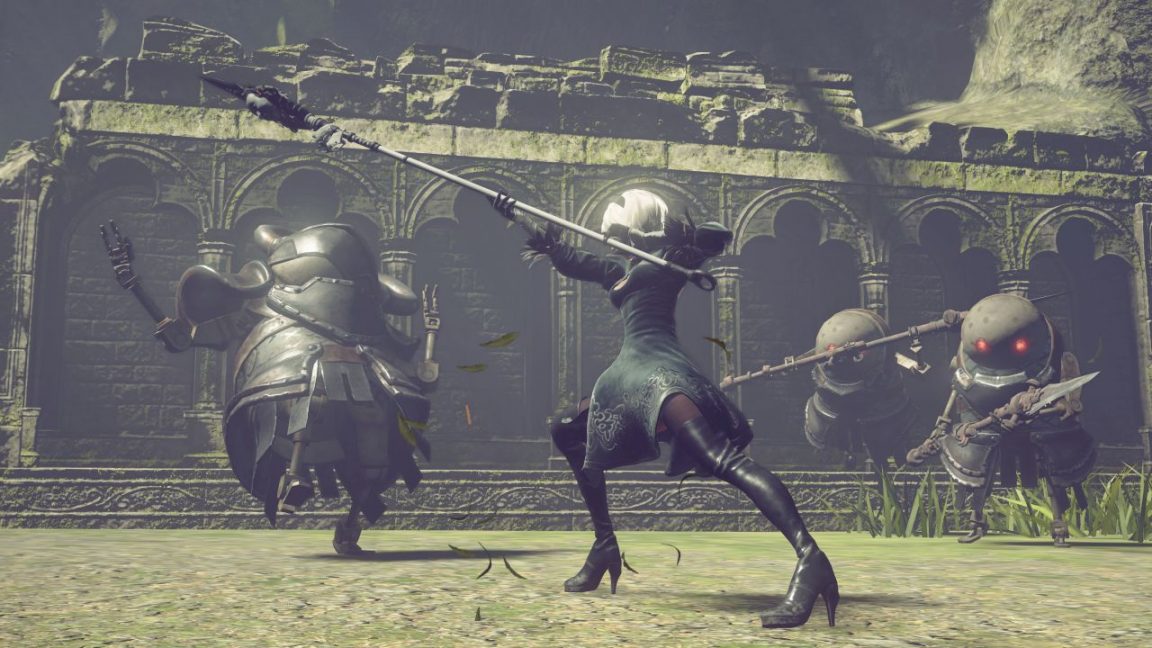 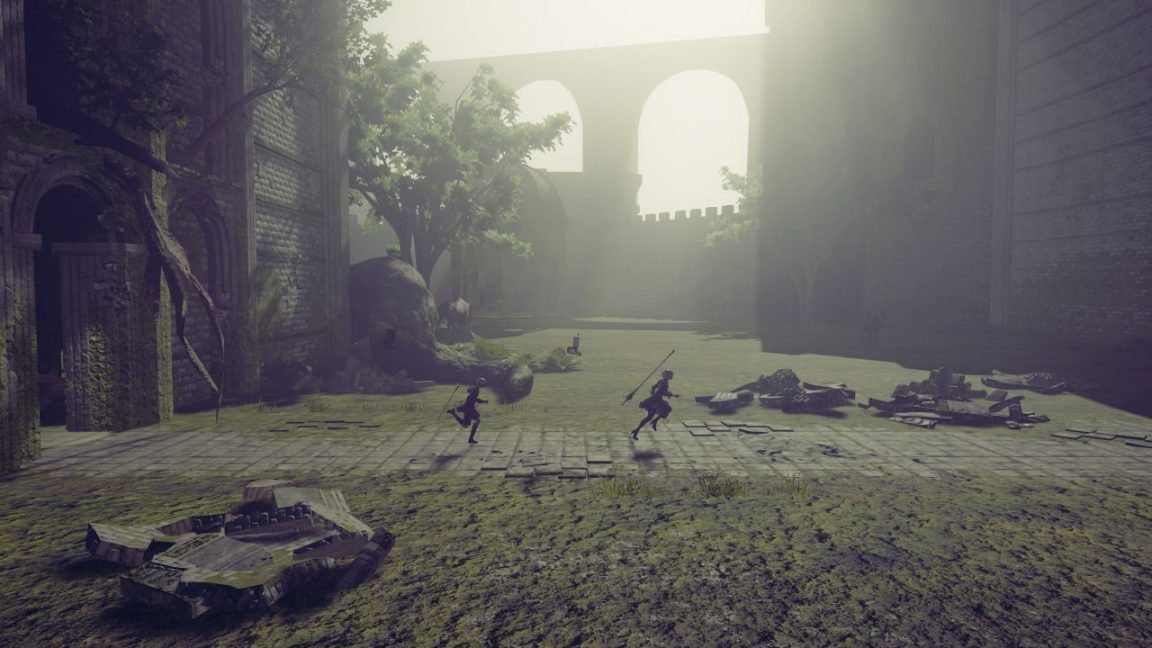 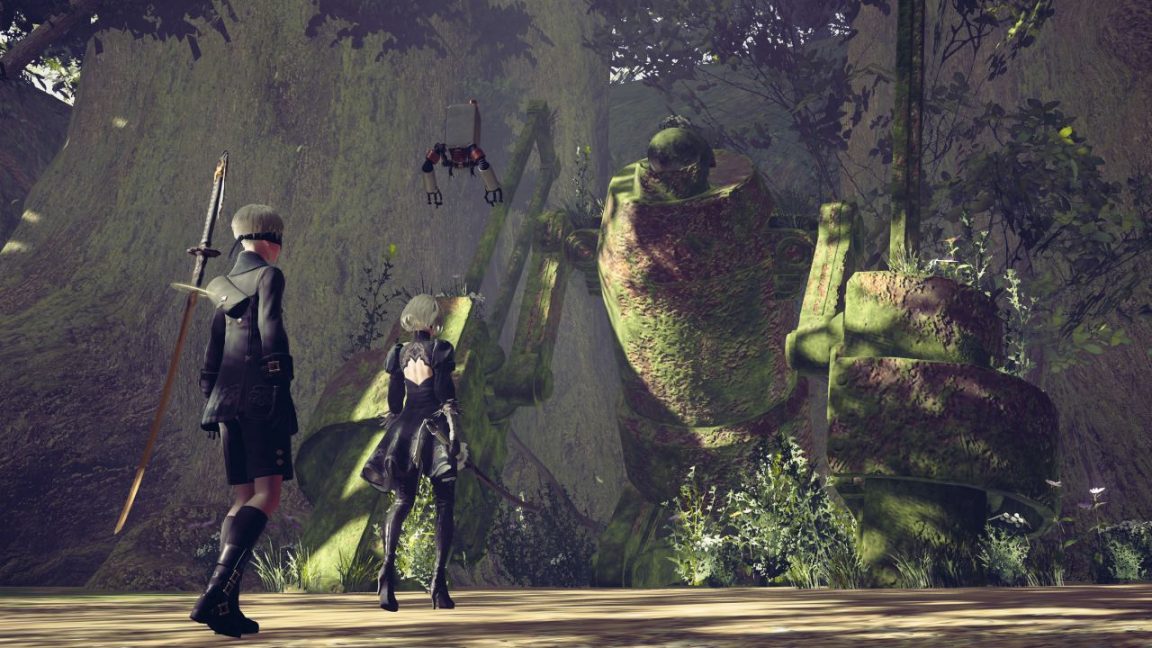 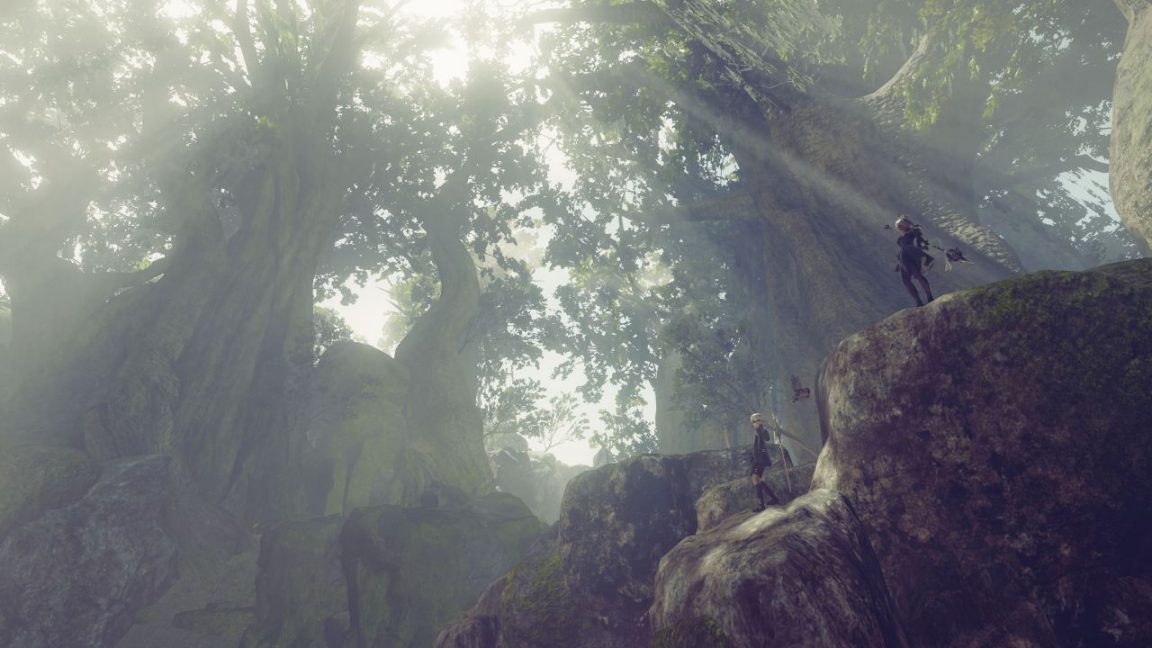 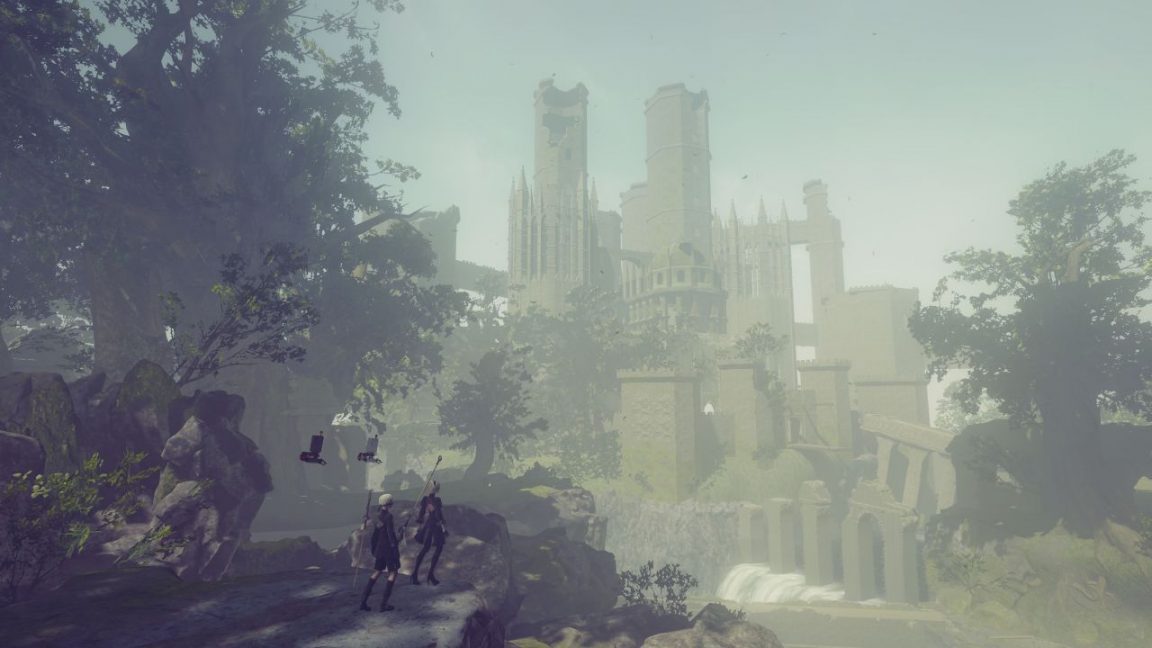 Finally, Square said it also plans to feature content from the Neir series in Final Fantasy 15, with further updates on this to follow at a later date.