The road trip gets a little more social with an online expansion. 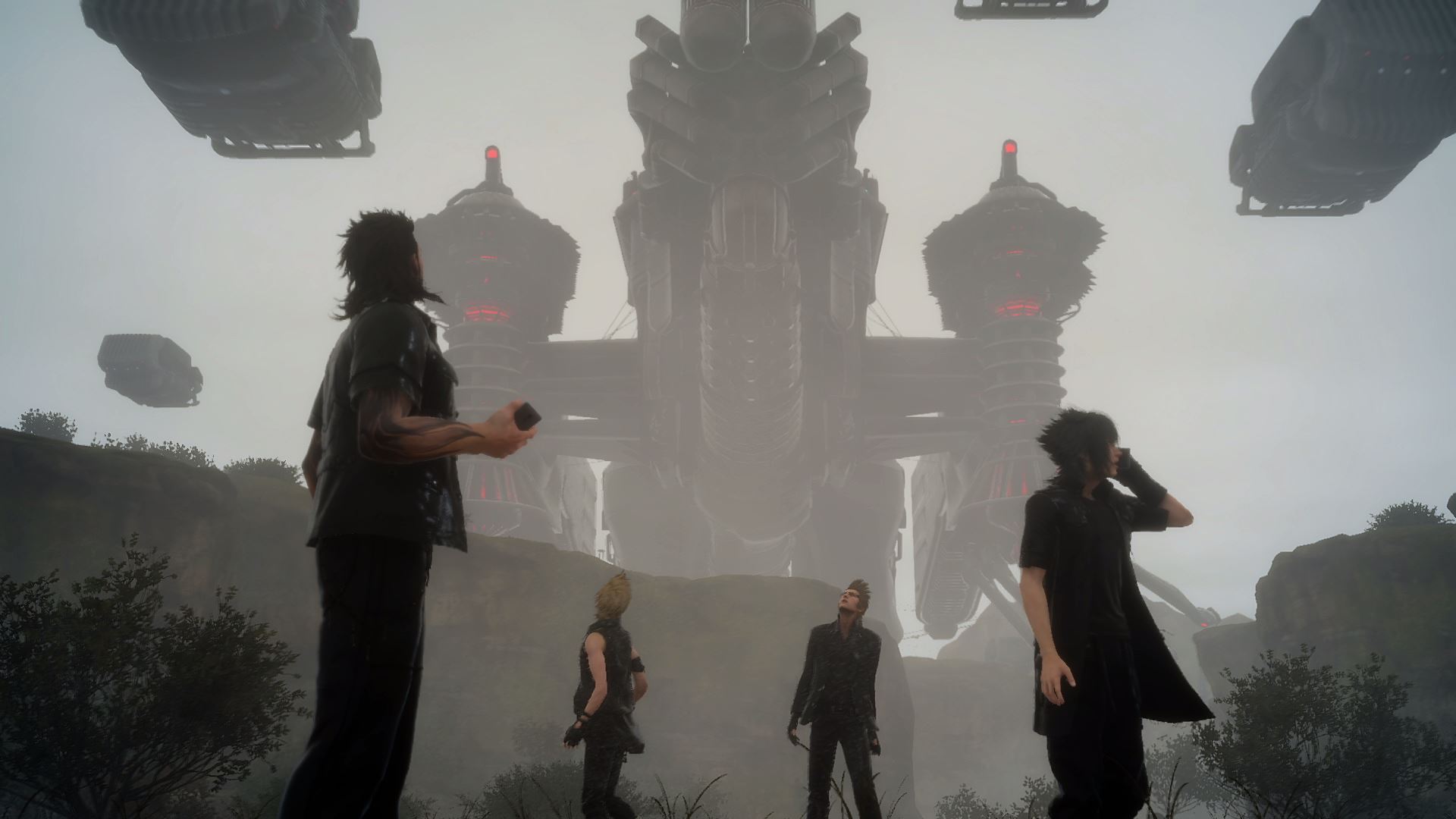 Final Fantasy 15’s DLC plan seems to be fairly ambitious considering the series hasn’t done that much downloadable content in the past, and will culminate with a first for a numbered FF game – an non-MMO online multiplayer mode.

We’ve known for a while that Final Fantasy 15 would have downloadable content. Back in August and before the game was delayed the season pass unceremoniously popped up on the PlayStation Store. Square Enix has now confirmed details on the season pass contents and DLC plan for the game, and it’s some interesting stuff.

“We had a very solid plan right from the start that after we finished the main game we’d move on and expand the game and extend it in different directions.”

“It all goes back to when we started development on FF15,” DLC Producer Haruyoshi Sawatari explained to us over the phone. “We had a very solid plan right from the start that after we finished the main game we’d move on and expand the game and extend it in different directions.”

Sawatari is a new face in FF15’s aggressive promotional machine. He spent time at Sony working on products like Folklore, Rain and Bloodborne, but now finds himself in charge of the DLC plan for Square Enix’s most important release. Part of that, he explains, is down to the game’s delay. He’s keen to explain why we’re chatting to him and not Hajime Tabata, FF15’s director.

“Earlier this year in the late summer when we made the decision that we were going to delay the release of the game by two months we formed a special team within the development team to oversee the downloadable content expansions,” he says. “The idea there being is that Mr. Tabata can concentrate on getting the main game finished while I’m in charge of the team that’s going to make the DLC plan a reality.”

So, just what is Final Fantasy 15’s DLC plan?

At a basic level, there’ll be four ‘big’ DLCs, at least initially. Three of these will be all-new single-player adventures, each focusing on one of the main members of the party that accompany FF15 protagonist Noctis throughout the main game. FF15 is the first game in the series where you won’t be able to assume direct control of anybody except the lead character, but through DLC fans will thus get a chance to play as Gladiolus, Ignis and Prompto.

“Each of the character-based episodes we’re doing are going to add new gameplay elements and systems and change the way the gameplay works,” Sawatari explains. “Each of those is based very much around the personality and the style of character that stars in them.”

“When we’ve released all three of those character expansion DLCs and we’ve got all the comrades from the main game as playable characters, we’ll bring Noctis back in as the fourth member of the party and then add an online multiplayer expansion to bring them all together.”

Gladiolus is the hench tattooed bloke in the group. The one with the gruff voice. His gameplay matches: compared to vanilla FF15, Sawatari tells us that ‘Episode Gladiolus’ will play more like a full-blown action game. He’ll be the first to release, and I’ve seen some screenshots from that episode. You’ll find concept art from each of the character episodes at the end of this article.

Ignis is the bespectacled chap that’s always prepared, the smartest of the group. His gameplay will play out more tactically. Prompto will be the last in the set to release. He uses guns, and so his DLC will play out in what Sawatari calls a “shooter style”, though he wouldn’t be drawn on if this meant full-on first or third person shooter style controls.

“Each of these episodes is going to contain new story scenarios and new locations to explore as well,” Sawatari adds.

These expansions will apparently all be story-driven and tell stories that’ll flesh out each of these characters. They’re also stories that Sawatari expresses a confidence players who’ve seen the main game start to finish will still want to see. “They’re very closely related and entwined with the main story of FF15,” he hints, though keeps further details under his hat.

“When we’ve released all three of those character expansion DLCs and we’ve got all the comrades from the main game as playable characters, we’ll bring Noctis back in as the fourth member of the party and then add an online multiplayer expansion to bring them all together,” he concludes.

I see some concept artwork for all three of the episodes. You can see a few of those here – they’re pretty intriguing. It’s maybe true that Square’s hand has been forced here – chances are if it hadn’t already got out on the PlayStation Store they probably would’ve waited to talk about the DLC until later, especially in light of the delay.

While Gladio’s story episode appears to be pretty well underway, I see nothing of the other three episodes. When asked about the nature of the online multiplayer and if it’ll be something similar to the multiplayer modes included with recent Bioware releases like Mass Effect 3 and Dragon Age Inquisition, Sawatari chuckles and remains coy but apologetic.

“It’s still very early days there! We only really formed the DLC team late this summer, and we’re still very much looking into how we can work out what we can do with it. There’s really not too much we can say about it – it’s all really very much in the air at the moment,” he says.

“We are very much in the middle of planning the very things you ask in terms of how it’s going to work… we just need a little more time to flesh out and finalize our ideas. We’ll be able to present them really, really soon.”

“It has to feel like a worthwhile experience regardless of how long it is – it’s more about the experience than the actual play time.”

It’s relatively safe to assume it’ll take the form of a four-player co-operative mode with each player taking control of one of the crew, thus leveraging work done on the previous character episodes – but beyond that it’s a bit of a mystery. Square is one of those companies where you get particularly used to interviews full of ‘we can’t talk about that yet’, so I imagine we’ll catch up with Sawatari again once the main game has been released.

He does detour into more general areas, though. When I ask about the length of the planned DLC, he questions me on what I think the ideal length for an RPG DLC is (I tell him that The Witcher 3’s expansions set the high bar, but the three-hour Lair of the Shadow Broker DLC for Mass Effect 2 remains my favourite RPG DLC ever) and makes a point of saying his team is more interested in the quality of experience than the hour count.

“It has to feel like a worthwhile experience regardless of how long it is – it’s more about the experience than the actual play time,” he concludes.