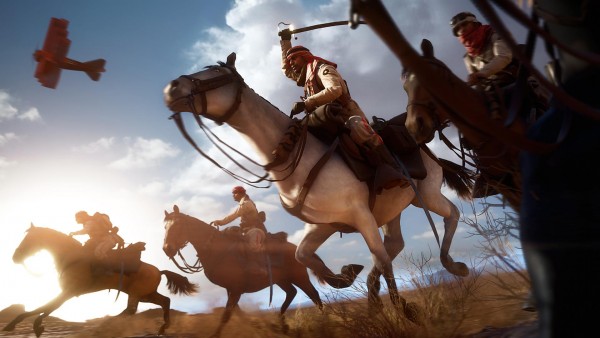 Battlefield 1 news just doesn’t seem to take a break. Just a couple of hours ago, we were treated to the spectacular gamescom trailer, and now, it’s time for beta news.

DICE has confirmed that the beta starts on PC, PlayStation 4, and Xbox One on Wednesday, August 31. Battlefield Insiders will get early access, but DICE hasn’t said by how long.

The beta includes two modes, Conquest and Rush on the Sinai Desert map. This map includes the armoured train as a behemoth, and is likely the one featured in today’s trailer.

To check if you’re a Battlefield Insider, hit this link. Make sure you’ve selected your preferred platform by August 21, otherwise you’ll miss out on the early access.

The beta will be open to everyone, however, so don’t worry if you are not an Insider. Gameplay on the this map will shown off tomorrow in a big livestream.