Xbox 360 gamers who have moved country will know the pain of having to ditch their Xbox Live account and start over. But now Microsoft has opened up account migration so that anyone can transfer their profile to different regions, but it comes with consequences.

WM Power User reports on a statement made by Microsoft on the matter. Here's a grab of the statement: 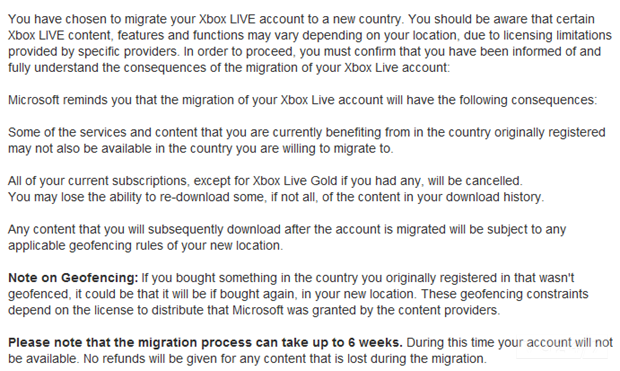 The site added that Microsoft has now started to accept migration requests.

It's a manual process that can take as long as six weeks to complete, and some Xbox Live games will not survive the process due to licensing restrictions in some regions, but it's a first step at least.

Have you ever lost your profile due to migration? Let us know below.