Microsoft is gearing up to unveil its Xbox successor on May 21, and is currently building a venue for the big day. Chief of staff for interactive entertainment business Aaron Greenberg and Larry 'Major Nelson' Hyrb have been tweeting photos of the venue's creation.

And then Hyrb followed suit: 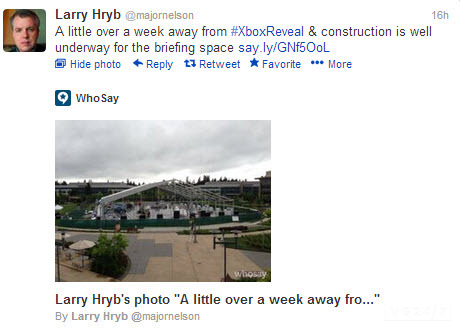 Here's a blown up version if you want a closer look: 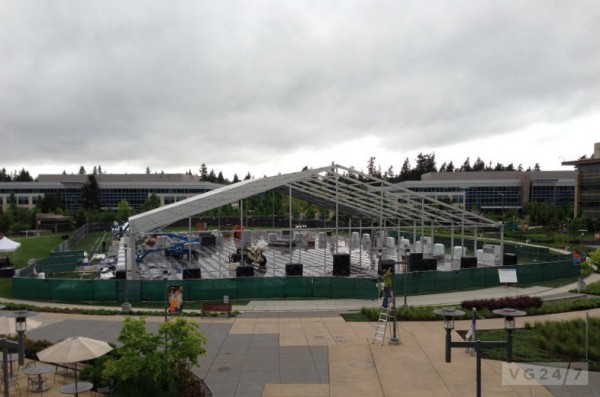 So there you go. The Xbox 720 reveal will be in a building of some kind. Shocking.

Meanwhile why not check out my list of every Xbox 720 rumour in one place?