It's The Witcher 3's fifth anniversary today, so we reached out to CD Projekt Red to talk about development, its legacy, and secrets.

What follows is a Q&A with principal writer Jakub Szamałek. In it we touch on regrets, lessons learned, and the nature of change during game development. Enjoy! 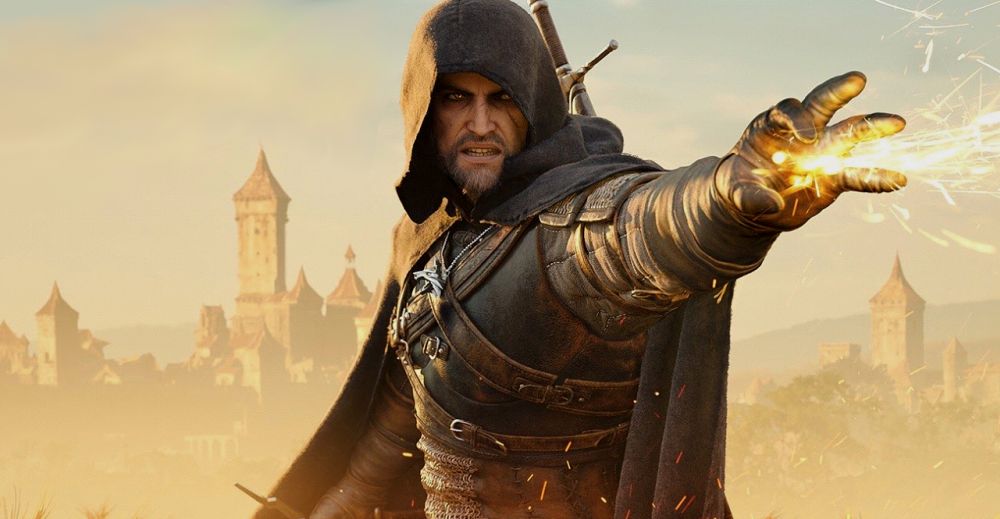 How did the game evolve during development - did you move away much from the initial vision?

The high-level vision didn’t change that much. We wanted to make an open world game with an emphasis on storytelling, where players assume the role of Geralt searching for Ciri - and this is the game we released. But finer details changed a lot.

For the longest time, we couldn’t settle on how many Skellige isles we should have, or how big they should be. We initially didn’t plan to have underwater exploration - but ended up adding it quite late in the process and had to retroactively add this gameplay mechanic to already existing quests. Oh, and we also originally wanted players to be able to change horses. Which, in hindsight, would have been a terrible decision - how could we encourage people to get rid of trusty Roach?

Was there anything you changed because it wasn’t possible at the time?

We planned to have a sequence where Ciri fights enemies on a frozen lake, while skating - a reference to a similar scene in one of the books. But preparing that sequence proved extremely complicated. For example, we couldn’t easily record the necessary gameplay animations - imagine recording motion capture for skating sword fighters. 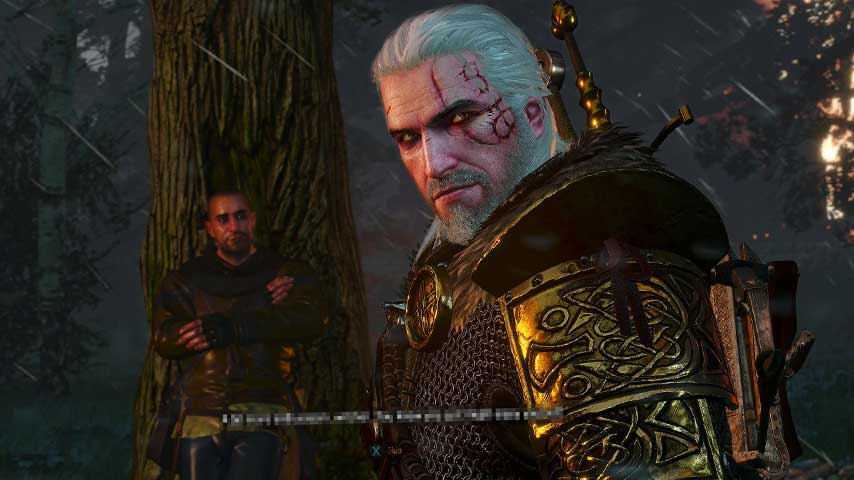 I spoke to CDPR a while back about Gaunter O’Dimm and we got onto the topic of the spoon scene and how it was influenced by Breaking Bad. What other points of reference did you use to create a specific mood or pull on a player’s emotions?

Oh, there were plenty of cases like that. The entire Blood and Wine expansion drawn from classic movies and novels about vampires, which influenced everything from the overall feel to finer details, such as armour designs. The scene in Novigrad, where Triss says goodbye to Geralt, is a homage to an analogous scene in “Casablanca”. The “Open Sesame” quest in Hearts of Stone was referencing a number of heist movies… I could go on and on.

Was there anything you learned while making Blood and Wine that you wish you could have retroactively applied to the main game?

Hm, two things, I guess. One - I wish we had one or two mutually exclusive sequences in the base game, too, where, depending on your choices, you get to experience entirely different stories and sceneries. It’s something we did in B&W with the Land of Thousands Fables/ Unseen Elder’s cave (and also, of course, in The Witcher 2).

It really helps in creating a personal connection to the story and allows players to feel in control over their adventure. Also, I think the open world experience in Blood and Wine was the best in the whole TW3 package - it was our second expansion, and by then we really learned how to do it well: how to connect small quests into bigger narratives, how to keep random encounters interesting and engaging, and so on. It would have been nice to have had that experience from the get-go and apply it to The Witcher 3, but, sadly, time travel was not available at that point. 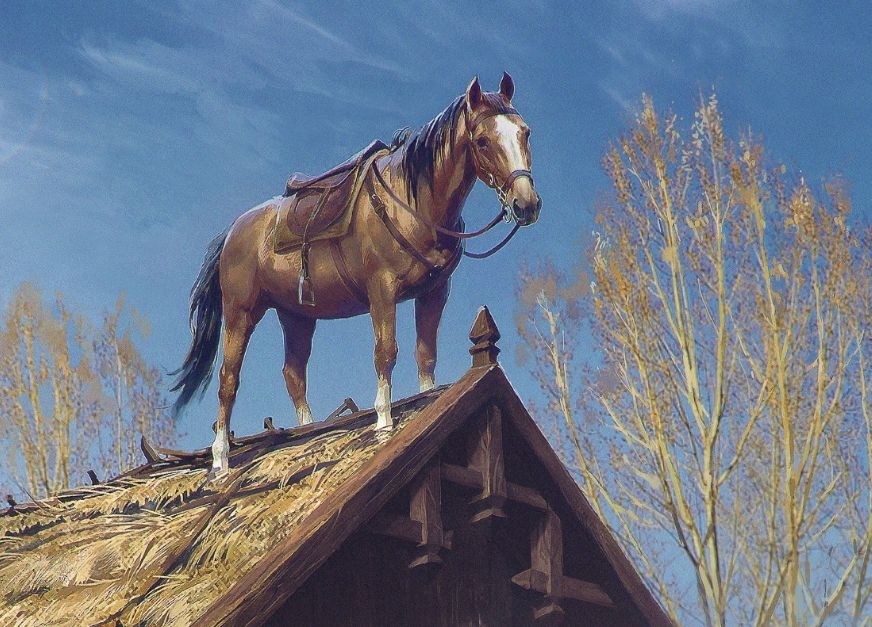 People always talk about the Bloody Baron questline, but what was your personal favourite quest and why?

Ah, and justly so, because Bloody Baron is great! But my personal favourite is the one featuring drunken revelries in Kaer Morhen, when Geralt rejoins with Lambert and Eskel. It was so much fun to write. I got to show the famous monster slayer from a different perspective - in an intimate moment, surrounded by friends.

Also, it required a creative use of our gameplay mechanisms - we knew the quest can’t be all just dialogues, and that we needed to include some other activities to engage the player, but they couldn’t feel forced or out of place. So I worked really closely with one of our amazing quest designers to make sure that the whole sequence is fun and strikes the right notes. Also, I’m really proud of the Cave of Dreams quest - it’s one of the lesser known, easy-to-miss sidequests, involving magic mushrooms and giant fluorescent whales, so if you haven’t played it yet, by all means do.

There’s bathtub Geralt, Roach stuck in strange places and more - but what’s your favourite Witcher 3 meme and why?

Well, Roach had a fair share of her own memes… But my personal favourite is actually more niche. I wrote this small contract for Blood and Wine, called The Tufo Monster. It features an impossibly pompous aristocrat, a certain Monsieur de Bourbeau, who of course has issues with Geralt’s handling of the case. In one of the options, Geralt could answer sarcastically, “you can send your feedback to our customer services at Kaer Morhen, thank you very much”. It was just that, a one-line zinger.

Lo and behold, a few years after the expansion was released, someone created a comic with in-game screenshots generated with a story board mod, to tell an absolutely hilarious story of that complaint letter. I loved it! If you want to read it (please do!), just look up “Kaer Morhen Customer Service with Lambert and Friends”. It’s well worth your time.

Were there any easter eggs or secrets that fans never uncovered in the five years since the game released?

I think all the easter eggs which could have been found, have been found - to my best knowledge, the only undiscovered easter eggs are in-jokes meant for CDPR employees. I think one of the more difficult to find was a reference to a wonderfully obscene poem by an ancient Roman poet Catullus (Carmen 16). My background is in classical studies and I found a pretext to quote it in original Latin (it’s so fantastically vulgar I don’t think I’d be allowed to put in a translation!). A few years after the release I checked to see if someone picked up on it - and someone did. People really do pay attention to detail. 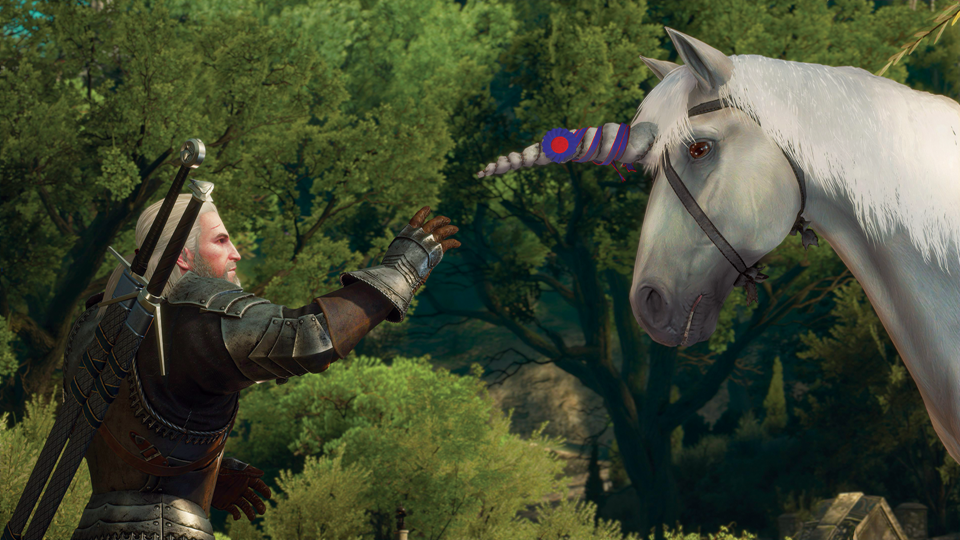 What’s the biggest lesson you learned from working on the game?

That writing stories for video games is an amazingly complex undertaking. The Witcher 3 was the first game I worked on and boy, I had no idea it’d be so much work. Just keeping tabs of all the possible permutations of the story was enough to keep one busy.

Oh, and I’d encourage all sensitive writers to never, ever, under any circumstances, attempt writing jokes for a video game: the internal reviews will be an utter nightmare. There’s nothing worse to experience a roomful of people not laughing at your attempt at humour.

Is there a detail you’re particularly proud of that didn’t get enough credit, perhaps because of how difficult it was to implement it or for any other reason?

There’s plenty of little things I’m very proud of: the way side quests in White Orchard interlock with each other, the lovable trolls I helped to create (one named Bart in particular comes to mind), the dark detective story involving Priscilla… Overall, I feel extremely lucky to have had an opportunity to work on The Witcher 3.

Is there anything you regret omitting or including in the game looking back? This can be anything, from game content to marketing strategy, etc

I regret we didn’t get to explore Ciri’s past a bit more. She’s such an amazingly rich and complex character. Due to obvious reasons - well, she’s pretty much gone for two thirds of the game - she didn’t get quite as much screen time as we writers would have liked. But hey, maybe it’s something we’ll get to get back to in the future. 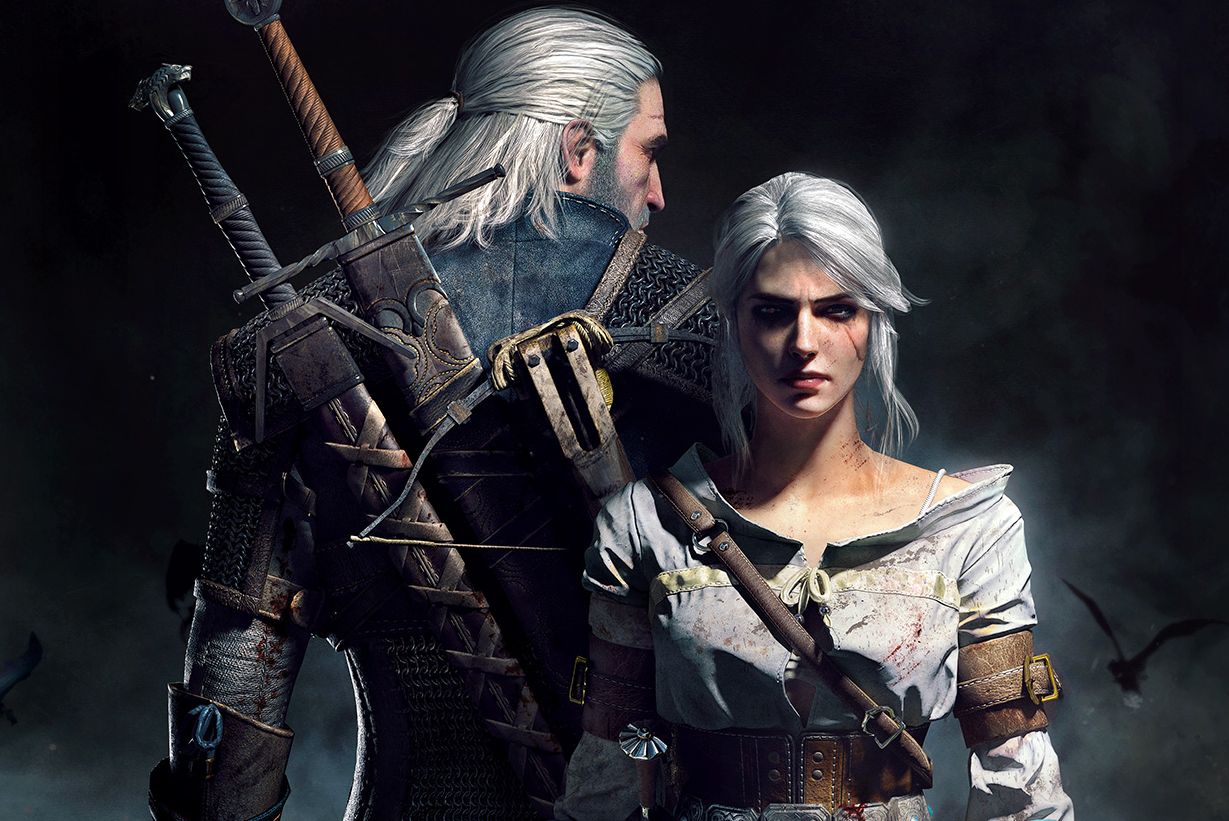 Is it true that the questline where you jump between worlds was originally much larger in scope? Can you describe how it was originally planned to be, if so?

I wouldn’t say it was longer, but it was different, and it went through many, many different iterations. I think one of the places you visited in the first version was a mental asylum where you had to talk to inmates in order to figure out where’s the next portal. In the end, we decided to eliminate all NPCs from the sequence, to make it feel more otherworldly and eerie. In hindsight, I think it was a very good decision.

Please don’t shut me down because I feel like we need to address this very serious question once and for all: Triss or Yennefer?

Ah, not again! Well, I’m sure I’ll get some flak for this, but my personal preference is for Yen. I can’t help this, I just have a soft spot for strong-willed, independent women, and she’s just that. At the same time, we tried our best to make sure that neither she nor Triss feels like the best option, and that both romances play out in a satisfying way. I know that in the base version, Triss had a little bit less screen time than Yen during key events, but we managed to mitigate that shortly after the release. Phew!

What was your favourite recurring bug during development?

Aaaah, there was plenty to choose from. I loved crouching Geralt - where he’d bend his legs really, really low and stayed that way no matter what. Or people losing clothes and T-posing during key dialogue scenes. Or a goose walking into a bar and closing the door behind it.

Or people starting to dance at the most inappropriate moments (say, funerals). I think you could run a piece just about the bugs we had to quash throughout the development and I think It’d make a fun - and long - read. 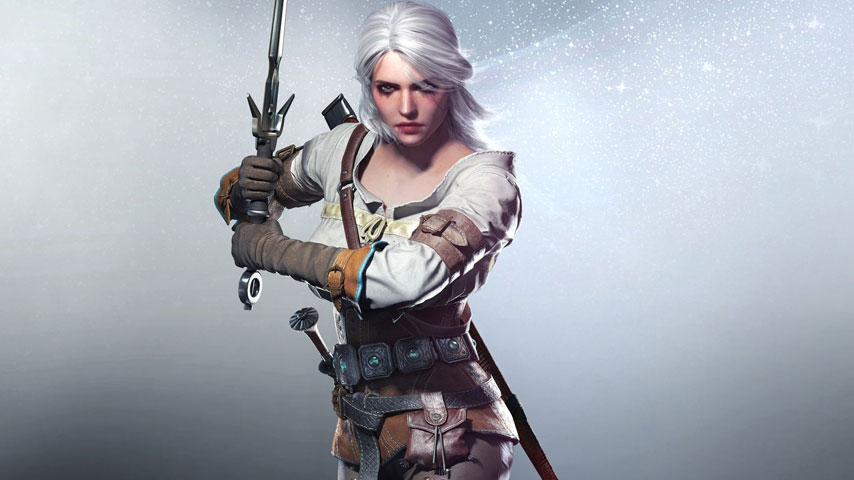 Have you ever considered continuing The Witcher series with Ciri as a lead?

Interesting question! Would you like to play a game with Ciri as a lead character?

Looking back at the legacy of the series, how do you feel about both it and CDPR’s evolution alongside it?

Well, TW3 proved to be an astounding success for us and it really helped CDPR to grow. When I joined the company back in 2012, there were circa about 100 employees. Now, we have close to a thousand great people in the team, working from several offices in Poland and around the world.

I’m really happy I could play a small role in this journey - and I hope that with our next release, Cyberpunk 2077, we’ll prove that we didn’t just sit on our laurels for the past few years, but took all our hard-earned experience to create one of the best role-playing games ever made.