Remember Limp Bizkit? Remember the Dreamcast? Well, have I got the eBay listing for you. 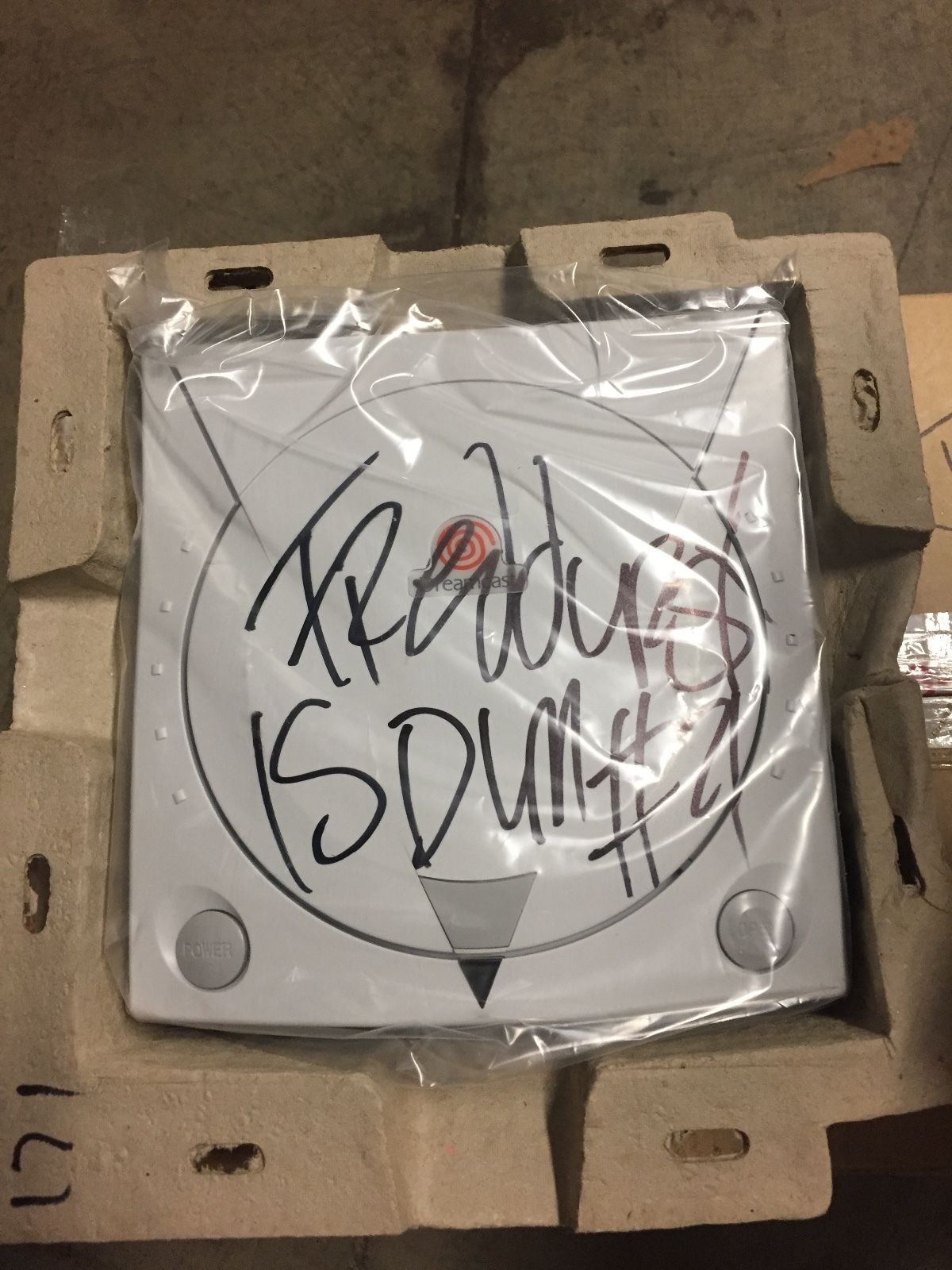 This original 1999 launch model Dreamcast has been signed by Limp Bizkit frontman Fred Durst, who, as Metalsucks points out, was used to advertise SegaNet back in the Dreamcast's glory days. 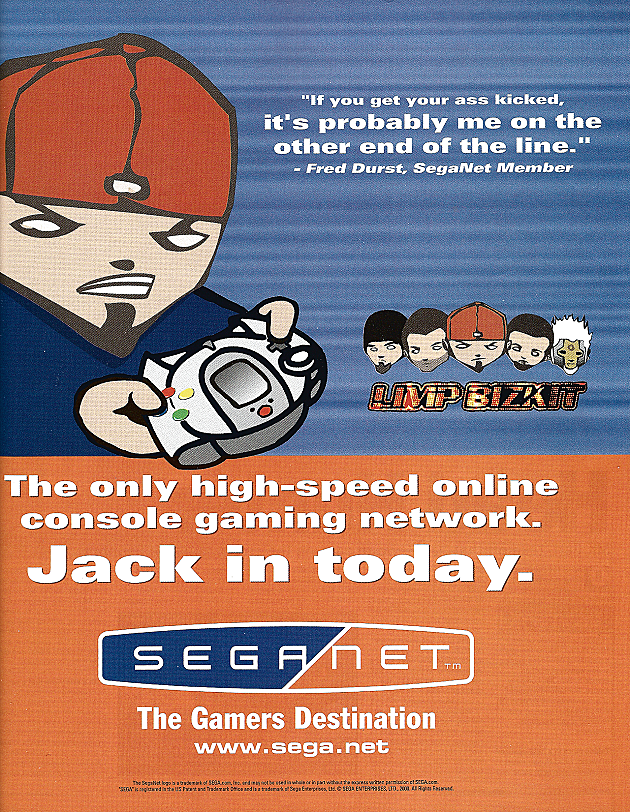 I'm not going to say that Fred Durst single-handedly killed the Dreamcast, but this ad probably didn't help much.

The bidding starts at $700, or you can buy the machine outright. There are six of the machines up for grabs, but it's hard to imagine they'll be selling fast.

On the plus side, if you're going to own any console signed by Fred Durst, you could do worse than the Dreamcast.