The Surge 2 doesn't grow in the ways you expect a sequel to.

I reviewed the original Surge two years ago. It was Deck13’s follow-up to Lords of the Fallen – a deeply flawed, but nonetheless ambitious take on the souls-like subgenre. The Surge sidestepped many of Lord’s problems, and inevitably ended up introducing its own.

The Surge's ambition to stand out from the dozen other souls-likes with its sci-fi setting, an impressive limb-targeting system and a mishmash of ideas from mech games and RPGs all helped produce a competent but ultimately disappointing game. This convergence of fresh systems and new takes on existing ideas was enough to keep me going, however, until I saw it to its conclusion before finishing my review.

After about 12 hours with The Surge 2, I am nowhere close to the end of its narrative, but nearing the end of my time with it.

I went into The Surge 2 expecting a more refined take on the mechanics introduced in the first game, with perhaps a few surprises thrown in. What I found was a frustrating souls-like that somehow seems less sure about what it wants to be than any of Deck13’s previous games.

Let’s start with combat. The setup here is largely similar to the original game; you’re able to target different body parts and limbs to chop off after enough damage has been done, with some armoured and others not. The reasons for why you would go for armoured limbs vs an unarmoured ones, and choosing the different limbs themselves haven’t really changed. It essentially boils down to what materials you’re after, or how quickly you want to end the fight.

Although the energy system at the heart of the original game - and the rest of the combat package - remain intact, movement has been sped up a bit. You don’t feel like a tank anymore, and you’re able to dodge out of danger faster than in the original game. 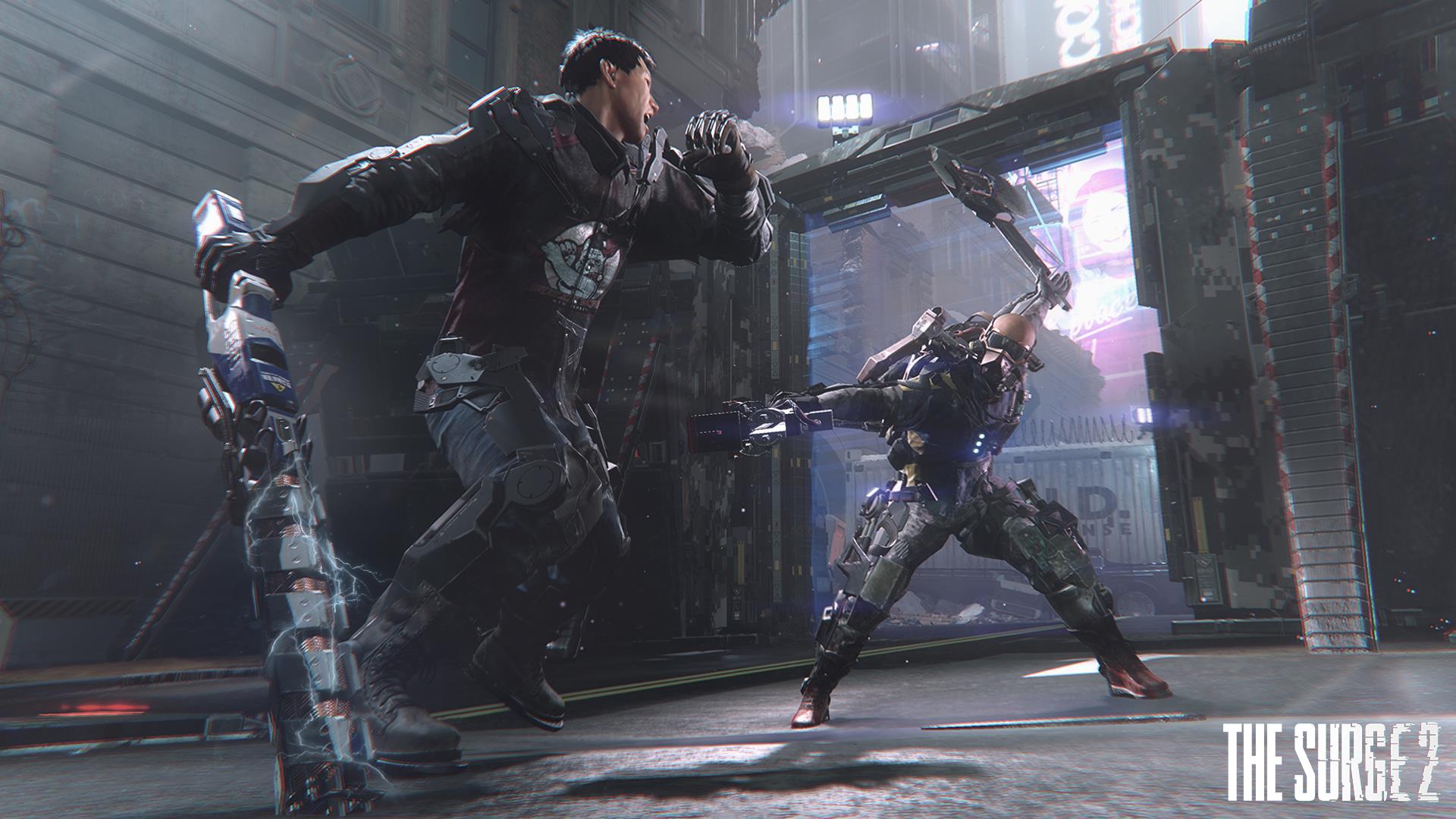 Accompanying the existing combat loop is the new parry system, the start of The Surge 2’s problems. Performing a parry is relatively simple, but unreliable in practice. Timing is certainly involved, but the system never became a staple in my repertoire because of a multitude of factors.

First, any parry attempt uses up stamina, so if you whiff and parry too early, you’re already at a disadvantage. Connecting a parry doesn’t refund the used up stamina, so parrying at the end of an attack chain that you’ve been dodging most of, for instance, buys you breathing room but doesn’t help you deal damage.

Performing a successful parry staggers enemies, but you only get enough room for one, maybe two hits. There’s no canned animation; nothing guarantees you’ll land a hit. Beyond that, performing multiple parries in a row is slower than it needs to be - another reason to just dodge out of the way. The system undoubtedly takes more skill, compared to something like Sekiro's, where it’s just a button press, but whiffing a parry and losing three quarters of your HP becomes an unnecessary risk when you can just dodge.

A combination of the game’s art style, the bulky enemy armour, and what seem to be bizarre acceleration curves on enemy attack animations make reading attacks a nightmare. Enemies will often delay the last move of their attacks just enough to throw you off, which isn’t a problem in and of itself, but it’s common to see this done by trash mobs and bosses alike.

The finicky nature of the system rears its ugly head when you try to parse what the game considers an attack that can be parried. Attacks need to connect for them be parried, so standing too far or too close screws that up. In the heat of the moment, though, you shouldn’t have to worry about your spacing to that degree.

Setting aside the problems with parrying, I can’t help but feel it’s only a victim of the core combat’s shortcomings. It still feels like a coin flip whether your attack will stagger an enemy or not. There’s no concept of a heavy attack in The Surge 2, but you can charge up your regular attack hoping it would stagger them. Often times, they’ll just attack right through your combo, making you wonder why you didn’t just stick to a standard attack.

Some of the combat’s problems could be addressed post launch, but encounter and world design are what really weigh The Surge 2 down. Put simply: The Surge 2 has the wrong idea about difficulty.

There’s a near obsession with traps and gank squads in every area I have been to. Every stack of boxes has an enemy waiting behind it, and there’s almost always one more enemy hiding in a nook somewhere you don’t immediately see, who’s happy to join a fight midway through. That sort of encounter design isn’t so much challenging as it is tedious. If you need to go somewhere specific, you’ll have a harder time running past all of them. And if you intend to take ‘em all out, you’ll have to kite them one by one.

I could never figure out the disengagement range or when/if line of sight has any bearing. Some enemies appear to come running when you feel certain you’ve pulled only one of their friends away, others stand there as if they’re being held back by an invisible line they cannot cross, the same line the other enemy somehow could. It got to the point that I just ran past what I could and only engaged those in the critical path.

Then there’s the enrage mechanic, which causes most enemies to be enraged once a certain damage threshold has been reached. Attacks are swift and deadly in this mode, and the game recommends staying away and looking for an opening. This is all well and good, until you realise that almost every enemy you come across has to go through that phase.

I honestly couldn’t tell you why enrage is so common. I get that some enemies, such as mini-bosses, need to be more difficult, but when every enemy does it, it messes up with the difficulty curve. Over time, you’ll gain enough stamina to overwhelm the weaker enemies before they’re enraged, but that assumes you go back to opening areas hours later. 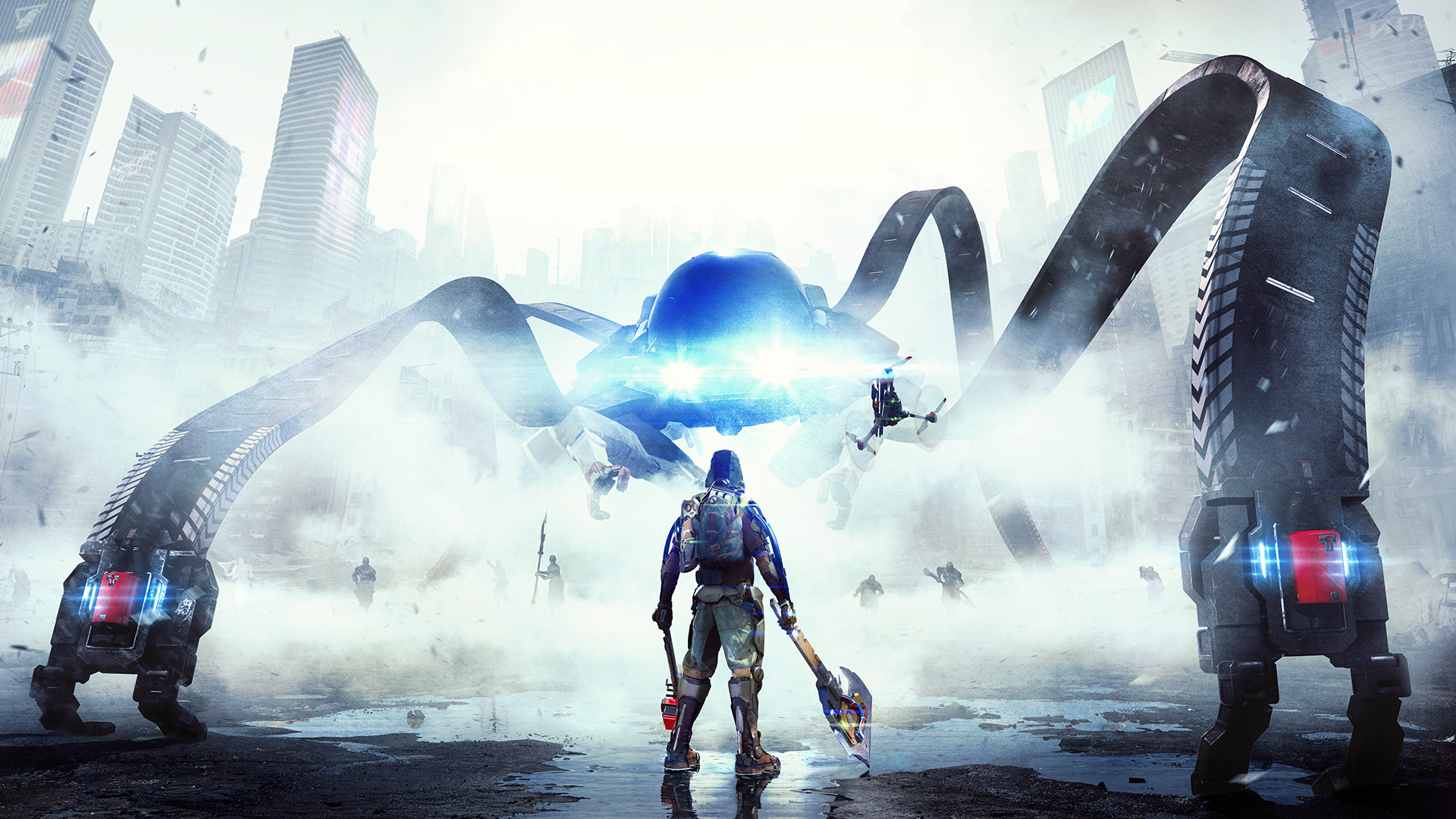 Considering The Surge 2 doesn’t offer fast travel, you’re in for a long, arduous trip if you decide to go back to an area you haven’t visited in a while, such as when needing to hand in a quest. Encounter design plays into this, but the game’s world suffers from problems common with its predecessor.

The Surge 2 tries to address criticisms levied against the single-pallet, maze-like structure of the original by expanding into more environments, but how the different areas fit together doesn’t make any sense. I don’t mean in the architectural or landscaping sense, I am talking about the lack of proper sign posting/landmarks, needless shortcuts that further complicate the layout, and the aforementioned enemy traps that deter anyone sane from exploring.

I found it genuinely hard to remember my way back to a nearby Medbay regularly throughout my time with the game. This will often force you to be extremely cautious, since it makes more sense to push forward rather than run around the areas you cleared for the fifth time looking for the damn Medbay.

That’s where the aforementioned traps are most effective, of course, which only compounds my frustration.

Everything I just mentioned prevents The Surge 2 from reaching its full potential, or making good on the vision set forth by the original.

I don’t enjoy faulting games for being ambitious or trying something new, even if it doesn’t quite land. The Surge 2, however, doesn’t take the time to refine what its predecessor introduced nor really come up with enough new of its own. The Surge 2 feels like the first game in the series, only from an alternate timeline where the original doesn’t exist.

Impressions based on PC code provided by the publisher.