We’re face-to-face with a ginormous two-headed snake, and, truth be told, I’m shitting myself. After fumbling our way through the Sindar Ruins to its deepest and darkest aperture, we’re within touching distance of Alex’s elusive treasure. I suspected we’d face stiffer opposition than the perfunctory waves of Nightmares, Creepers and Fire Salamanders en route to the inner sanctum, but I worry this slithering, squad-devouring Double Head is a boss fight too far.

Bang. A devastating Bite Attack takes out two of my comrades. Bang. A blast of Frozen Energy fells another. Three of us remain. We battle on, gain some ground, before, bang, Liquid Fire rains from above. Now only myself and Jowy Atreides, my boyhood pal and fearless peer, remain. We unleash a last-ditch ‘Buddy’ Unite attack and the beast crumbles to the floor. We did it. Treasure time. 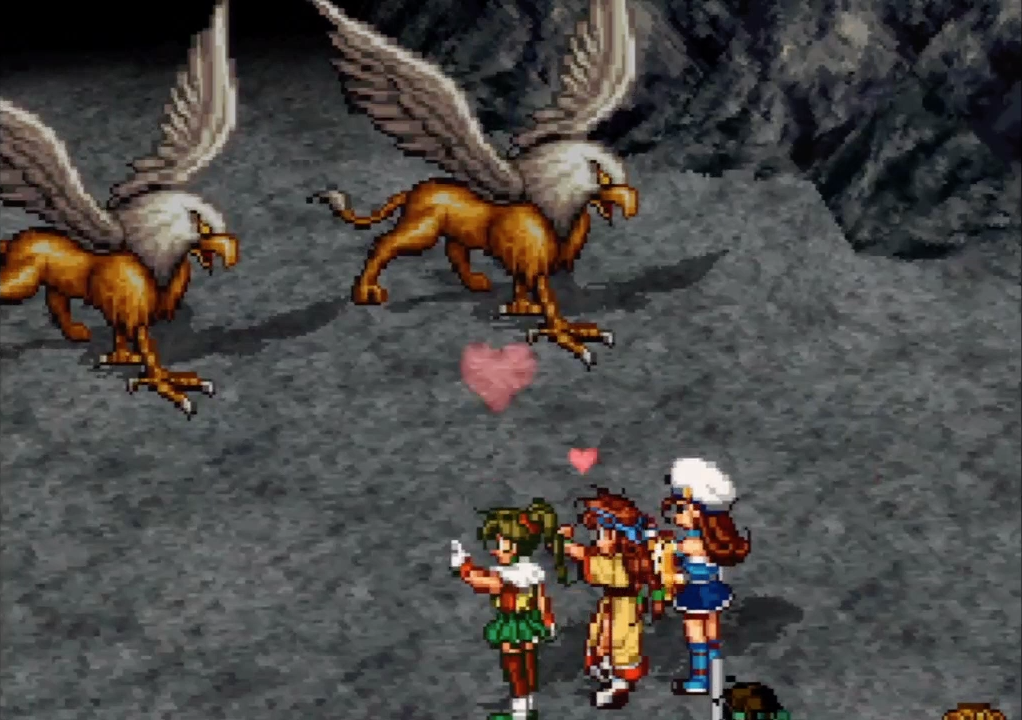 Two hours into Suikoden 2 and I’m exhausted. Jowy and I have gone from loyal subjects of the crown to enemies of the state overnight. We’ve been banished from our hometown, joined a mercenary sect, fought in a war, fled from an ambushed hideout, infiltrated an enemy encampment, saved a dying woman from poisoning, fostered a young child whose parents were burned to death, and have plundered the Ruins of Sindar where we, ultimately, executed a big bastard snake.

Two hours from now, we’ll have established a stronghold in an abandoned lakeside castle that will double as a headquarters for the Dunan Unification rebellion army. And, over the course of the JRPG’s 30-ish hours after that, we’ll fight countless more terrors as we scour the game’s sprawling world recruiting its 108 Stars of Destiny – characters who boasts their own traits, skills and idiosyncrasies that are transferable to the battlefield.

Developed by Konami for the PlayStation, Suikoden 2 was released in Japan in 1998 before landing Stateside in 1999 and on European shores the following year. Two decades on, the role-player has earned cult status as the best game you’ve never played, mostly because it was born in the shadow of Final Fantasy 7. Visually, Square’s turn-based battle masterpiece wasn’t the prettiest, but its three-dimensional characters and gorgeous pre-rendered backdrops changed how the genre was perceived. At a time when Tomb Raider, Syphon Filter, Resident Evil, and Metal Gear Solid led the pack elsewhere, there was suddenly less room for spritely Chrono Trigger-style visuals and chiptune soundtracks within the RPG spectrum.

The flip side of this is that today, 20 years on, Suikoden 2 has retained much of its charm. It looked dated at launch, which means it’s aged strangely well – doubly so, against the sea of indie adventures that aped similar ‘retro’ styles over the course of the last decade. Still, despite wowing critics upon release, Suikoden 2 was a commercial failure, galvanising its wrong place-wrong time standing.

Which is a crying shame, because Suikoden 2 is not only one of the best RPGs of all time, but one of the best video games I’ve ever played. Its effortlessly addictive army recruitment system – whereby players can unlock up to 108 playable characters – echoes Pokemon, and underpins the strength of your army and the size of your castle HQ; while its medieval setting, complex plotlines and sophisticated themes of political unrest, anti-monarchy, romance, lust and inter-family feuding reflect Game of Thrones. It’s all very grand, epic and wonderfully fantastical. There’s even a zombie dragon for good measure towards the game’s end, but that must be experienced to be appreciated. 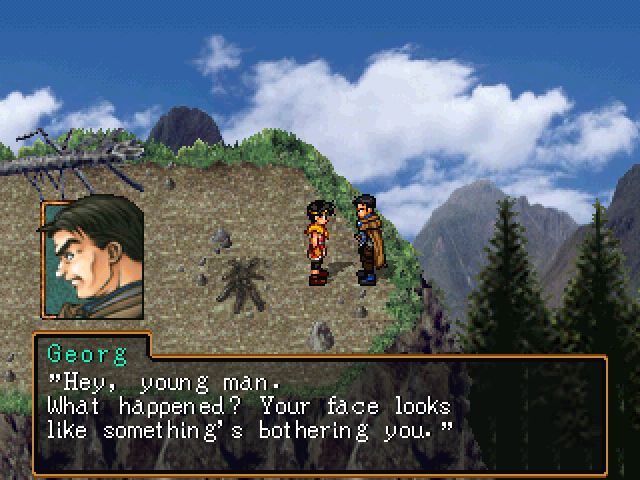 Suikoden 2’s Rune magic system also rivals anything I’ve played since, which, within teams of six in turn-based bouts, offers boundless scope for experimentation. Unite attacks, as executed by myself and Jowy against the aforementioned serpent prick, add another layer of narrative intrigue, as the option to pair up in combat is only offered to fighters whose stories overlap away from the battlefield. I’ve lost count of the number of times I’ve discovered tangential links between chums mid-fight, before later investigating their bond and discovering new storylines I didn’t know existed.

I can’t tell you whether Sephiroth will maintain the air of mystique that made him so terrifying in the upcoming Final Fantasy 7 Remake, nor can I say whether or not FF14’s Emet Selch is a better villain. What I can tell you, is that Luca Blight, Suikoden 2’s murderously abhorrent antagonist, is the evillest character I’ve ever locked digital horns with, and his inhumane penchant for chaos and destruction still flips my stomach today. To this end, there’s a specific fork in one story arc that brings me to tears every time I play it, even when I know it’s coming. 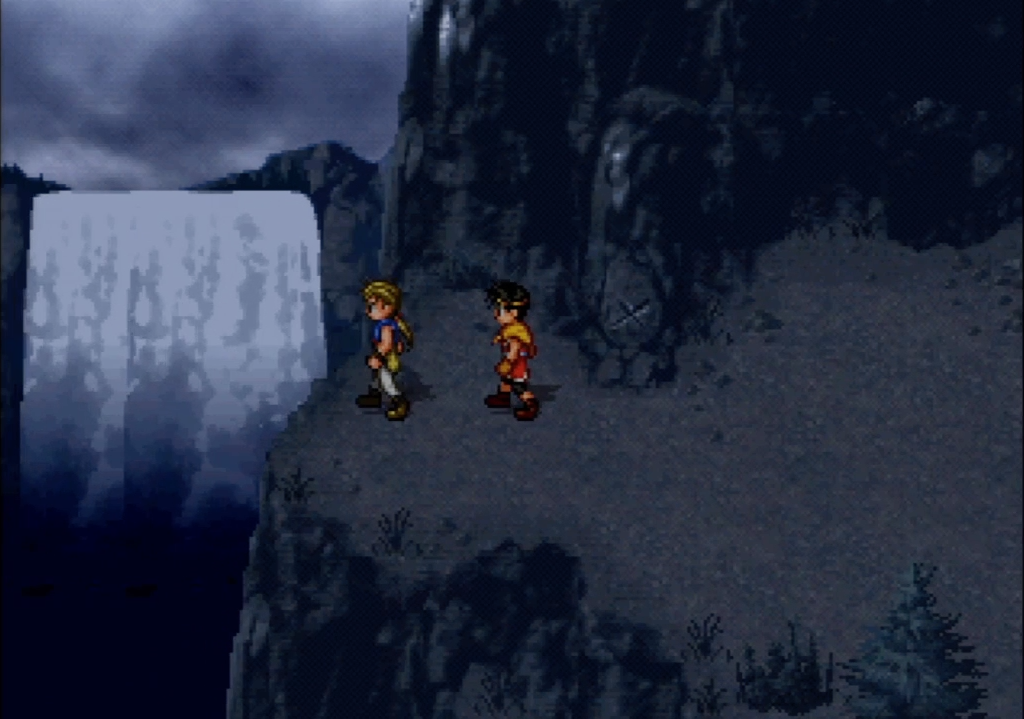 Now, I know what you’re thinking. Aye, but nostalgia must play a big part in this. And you’re right, part of why I still love Suikoden 2 is tied to the fact I was 13, almost 14, when I first threw myself head-first into the Kingdom of Highland. But I’d also argue this game was so ahead of its time, and that the reason I recall it so fondly is because very few games tried to do what Suikoden 2 did back then. It had branching endings, multi-tiered objectives for recruiting characters, time-sensitive quests, gut-wrenching decision making.

Hell, very few games have dug so deeply into themes of loyalty, rebellion and anti-establishmentarianism since – which are all, incidentally, core motifs of Final Fantasy 7. I rediscovered its wonderful world last month when the news that the Final Fantasy 7 Remake is delayed till April broke, and I went rummaging in my mum’s attic to dust off my PS3 and reboot the digital version I have on there in order to scratch that old school RPG itch. I’ve fallen in love with it all over again, and it kills me knowing so many people haven’t played it. 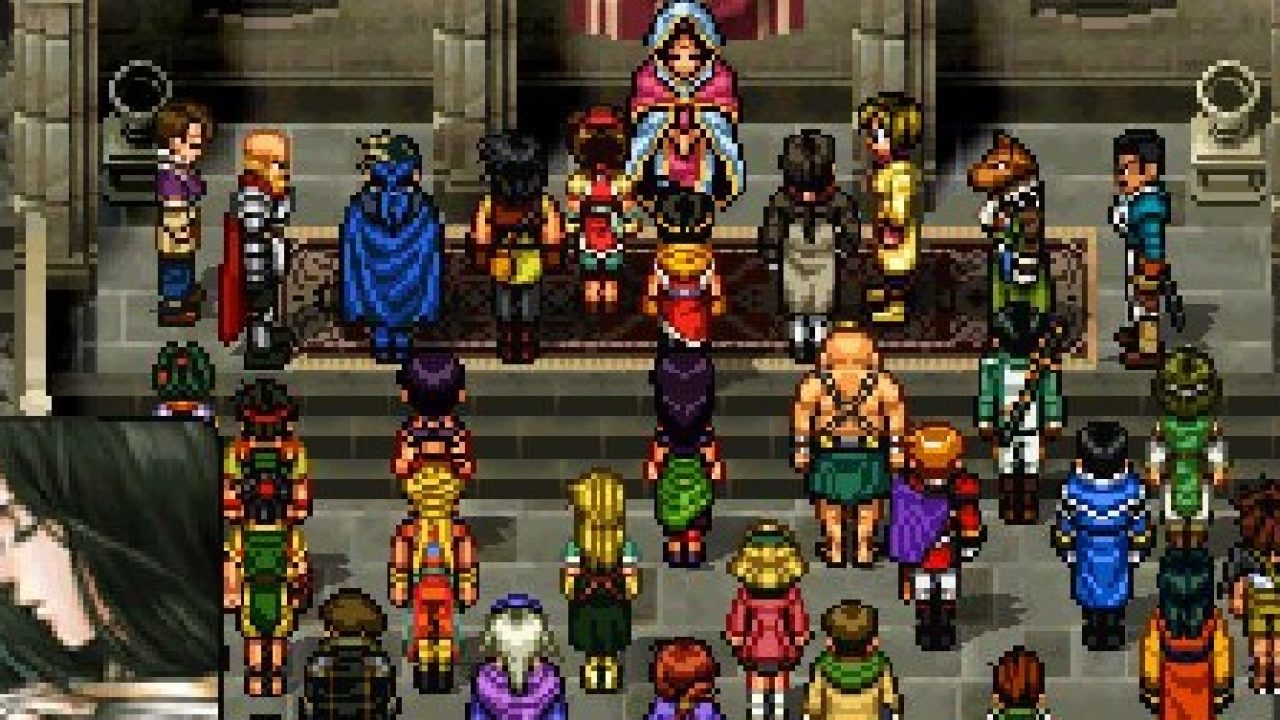 So enchanting is Suikoden 2 and its wider series that a hobbyist fan group named the Suikoden Revival Movement was formed in 2012 with the aim of revitalising the series. Suikoden 5 was the last main series entry to the franchise back in 2006 on PlayStation 2 (Suikoden Tierkreis was the last western release, on the Nintendo DS in 2009), therefore the group’s raison d’etre is to a) Encourage Konami to begin work on Suikoden 6, and b) Remake older titles, such as Suikoden 2.

Through a variety of physical mail, email and social media campaigns, the SRM enjoys a positive relationship with Konami, with the publisher’s EU and UK branches having published blog articles on the group over the years, and the US team having also hosted Suikoden 2 Twitch streams at the request of SRM. 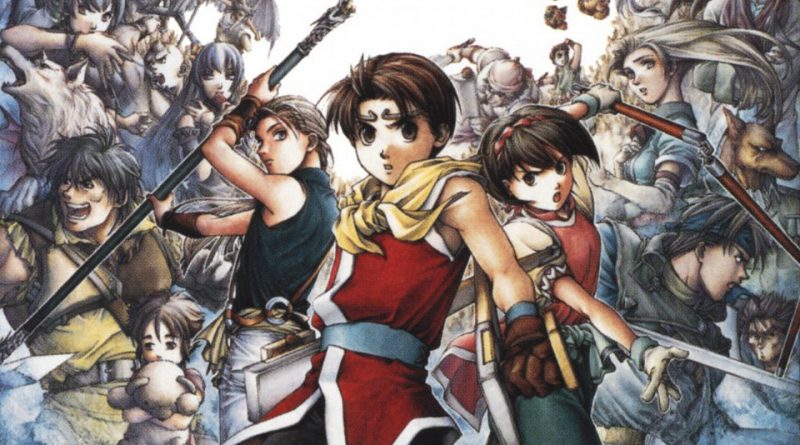 Nevertheless, despite the Suikoden Revival Movement’s now 32,000 member-strong Facebook Page and regular Twitter output, little movement has been made in recent years. Suikoden 2 lingers in the PSOne Classics page of the PlayStation Store – where it debuted in late 2014 – available for the PlayStation 3 and the PS Vita for just £3.99/$9.99. If you’ve access to either piece of hardware, I can’t recommend giving it a spin enough. If you don’t, I’d even suggest picking up a cheap PS3 or Vita from eBay or the likes, so certain am I that you’ll enjoy it.

From what we’ve seen of the Final Fantasy 7 Remake so far, it looks wonderful. So good that I suspect Final Fantasy 8 and, perhaps, Final Fantasy 9 will receive similar treatment down the line. I’d lap that up if so. But I’d bite your hand off for a remaster of Suikoden 2. And I’d gladly fight a two-headed snake to the death for a fully-realised remake of Konami’s finest RPG.