A sit-down with one of gaming's greatest punks, Goichi Suda. 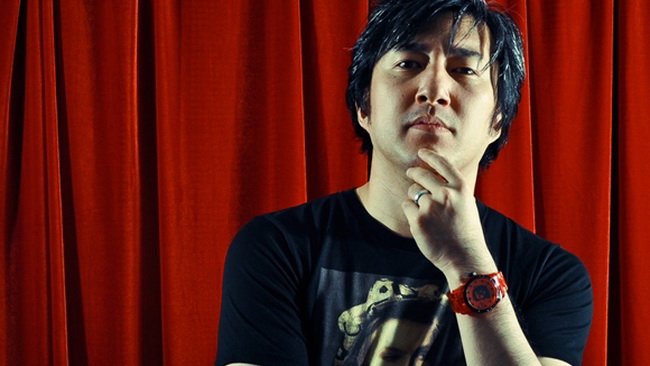 Over the last decade or so the video game industry has truly begun to embrace a broader acceptance of treating its most daring creators as auteurs. Goichi Suda, aka Suda 51, is no doubt one of Japan's most prolific.

Best-known for cult hits like Killer7, No More Heroes and the new and recently successful Let It Die, Suda is one of the brightest cult developers in Japan. Best of all, Suda keeps his own counsel as the CEO of Grasshopper Manufacture, his development house.

"I feel like I have a responsibility to prove the superiority or at least the validity of the storytelling in games and games as an art form in what I do."

"Some game directors have even more influence than a Hollywood director," Suda grins when I bring up the increasing recognition and fame developers now receive. "I feel like they're kind of going to turn into Hollywood celebrities, as it were... but I don't want to become a celebrity," he laughs. "I want to stay in the indie world and do what's best within there."

That comment sums up who Suda is, in a sense. I sneak the time for an on-the-record interview into the schedule, but I'm actually lucky enough to spend an entire day with him, prepping for his panel at a London Comic Con. I was hosting said panel (consider that disclosure - I happily did it free-of-charge as a favour), and we had a few hours to get to know each other and build a rapport beforehand. He's a cool, humble dude who clearly loves video games a lot, and after chatting for a while it's clear where the punky spirit of his beloved cult classics hails from.

"Games have given me this opportunity to express myself," he says. "I feel like I have a responsibility to prove the superiority or at least the validity of the storytelling in games and games as an art form in what I do."

Suda is at the Comic Con primarily to promote The Silver Case, a remake of the very first game Grasshopper worked on. It's a project that's dear to his heart, and one he deeply regretted being unable to bring to the West back when it was a 1991 PS1 release. In Japan the game proved popular, helping to secure his career and Grasshopper as a new indie development house. It even got a sequel, Ward 25, which Suda proudly sports a t-shirt for on the day. 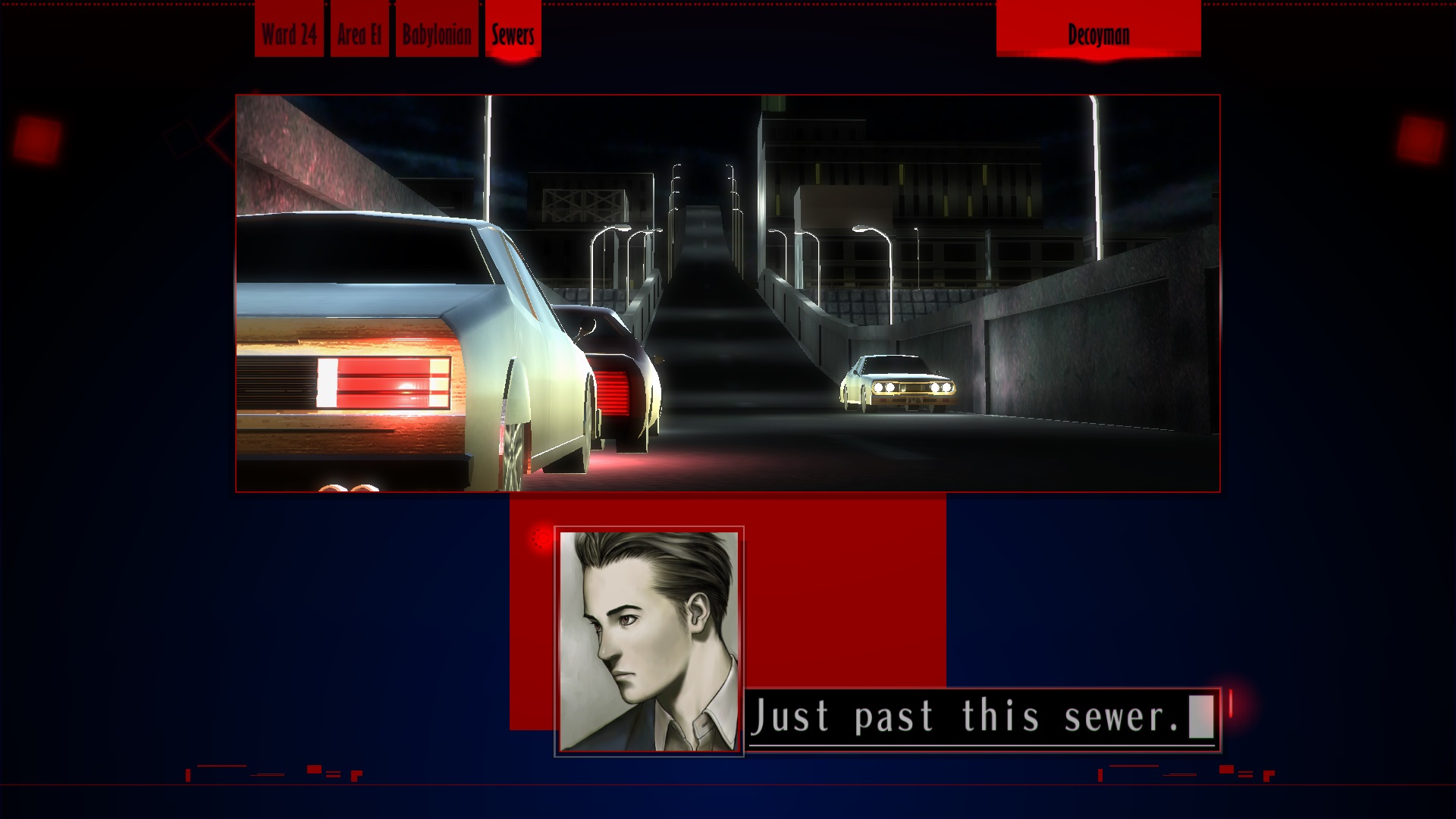 "One thing is that it's the debut game of Grasshopper, and two is that it's my debut game in terms of me going solo," he muses. "It might be a bit of an exaggeration, but not too much, to say that this is the title that my career lived and died on. If this wouldn't have been a success it would've been the end of things for me in the industry."

"In a way of speaking, the script of the game itself is actually the gameplay, y'know? So it ends up being a gameplay design document for anybody reading as well."

After a pause he has to make an addendum with a grin. "I did lie a little bit," he reveals with a laugh. "I had a contract with ASCII to make two games and this was just the first one, but still... this is a very important game to me."

The game, out now on PC and coming to PS4 in April, is something of a change for fans of his work. While his best-known projects are all furiously full-on blood-soaked action games, The Silver Case is something much more simple: A visual novel. Back in 1999, the game tried to envision a glimpse at the future of crime. Suda notes that fans often comment to him about how one of the game's core themes - 'net crime' - has come to be increasingly relevant in the almost two decades since its release. The setting is broadly speaking a contemporary Japan, but deliberately uses fictional locations to avoid being too similar to things that were actually going on at the time of its development.

"It's kind of infamous that there was a bunch of murders and crimes happening in Japan at the time," says Suda. The game features a series of bizarre murders that are linked to a notorious but allegedly long-dead serial killer. The player is tasked with heading into the '24 Districts' in order to solve the crimes. Despite the focus on a killer, the point-and-click gameplay and text-based core of the game makes it his most bloodless game, instead focused on prose.

One of the most interesting things about chatting to Suda with The Silver Case in mind is how talking about that game, the first he made as an independent developer, reveals his predilection for story-based games and for a narrative-led approach to game development. It's an interesting insight into his development philosophy in general.

"In a way of speaking, the script of the game itself is actually the gameplay, y'know? So it ends up being a gameplay design document for anybody reading as well," he explains. 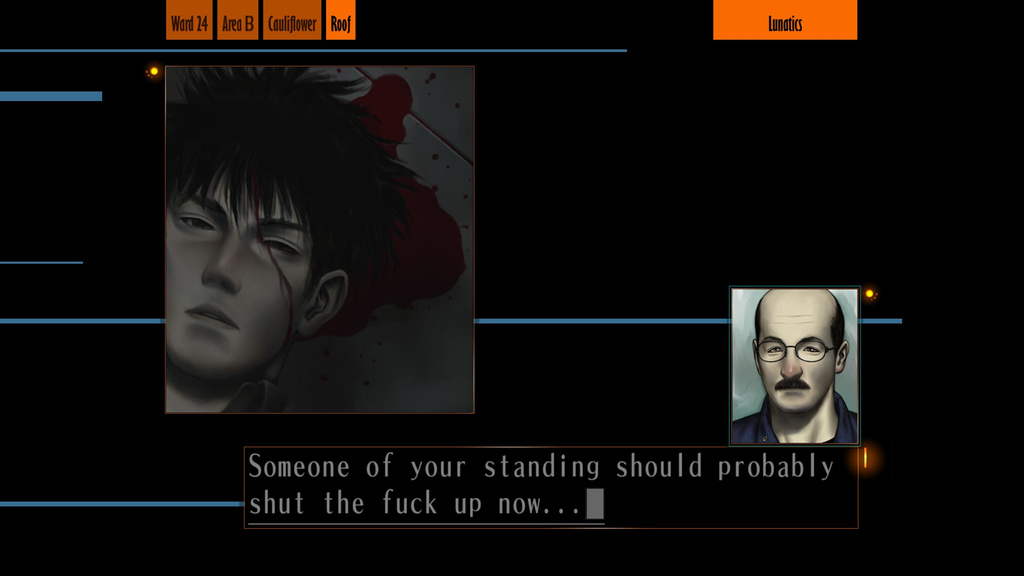 "For me, [story and gameplay] are absolutely one and the same. If you read any of my games like No More Heroes or anything... that story, it writes the gameplay. The story ends up being the design document and the framework for the entire game and its gameplay. They're really one and the same. If somebody came to me and said you had to separate those two things, I don't think I'd be able to create a game."

While Suda says he didn't have the surprisingly common desire to make movies or write novels before falling into games that characterises many high-profile game developers, story for him is always the absolute starting point. Grasshopper has expanded out beyond these story-driven, Suda-led experiences with other titles, but it appears he sees The Silver Case's remaster as a chance to return to his story-focused roots. As an aside from games, he has started contributing his writing to manga comics.

"For example, I didn't write Lollipop Chainsaw or Let it Die because those pieces of work were separate from each other. Even if I try to write and figure things out, it just doesn't come out. It was like this reverse pattern - here's this gameplay, now come up with a story - and for me that's completely backwards. I work from the story, and from the story out comes the gameplay and the flow - it's a natural progression. I don't think I'm particularly gifted or talented at coming up with just the gameplay itself without having this extra element to work on as well."

Grasshopper has, mercifully, seen solid success. The Silver Case led eventually to Killer7, a fan favourite, then games like Contact and No More Heroes. They even experimented with an East-West cross-over with Shadows of the Damned, made at Grasshopper but published by EA. Their success has come through careful decision-making, it's clear, and Suda speaks eloquently when asked about the state of video games in Japan, a market that has shifted immeasurably during Grasshopper's 19 years in the industry.

"I feel that in a way the Japanese market has desired this focus on handhelds," he says. "Japan as a society is one where most people travel on trains to go to work and things like that - so this item that fits perfectly in the palm of your hand is perfect for that; it's what people wanted. But I also feel that the Japanese domestic market has become more insular, looking in towards itself and only wanting domestic products.

"Japanese people value games very much. They're still very important to them. However, it's probably safe to say that the era of the console being the biggest hit around and things like that... it might be over."

"If you look at the people riding on the trains in Japan you start to get a really good idea of what's going on with the culture, what's fashionable and what's happening. 20 years ago when you got on the train you would've seen everybody reading Shonen Jump, the manga magazine, but nowadays it's not like that. 10 years ago it would've been the DS, and now it's their smartphones. There's probably nobody at this point reading Shonen Jump on the trains - or playing DS. Practically everybody is on their smartphones, and so that's now the Japanese people's lifestyle, their custom.

"With that said, I still think Japanese people value games very much. They're still very important to them. However, it's probably safe to say that the era of the console being the biggest hit around and things like that... it might be over."

That last statement seems to give Suda pause, however. He adds that to a point he thinks the boom of smartphone games will too eventually face its demise, just as Shonen Jump and the DS were driven out of commuter trains before it. "That small percentage who fell into it and really got into games - hopefully they'll play my games and hop into the console market or something like that," he adds.

He's aware of the fact that the West is faring better than Japan in traditional game development terms, and confesses at one point he got in touch with DICE to see if it'd be possible for Grasshopper to license the Frostbite engine. DICE said no - it's only available to members of the EA Group. "I want to use the best," Suda admits with a shrug, "so I gave them a call." 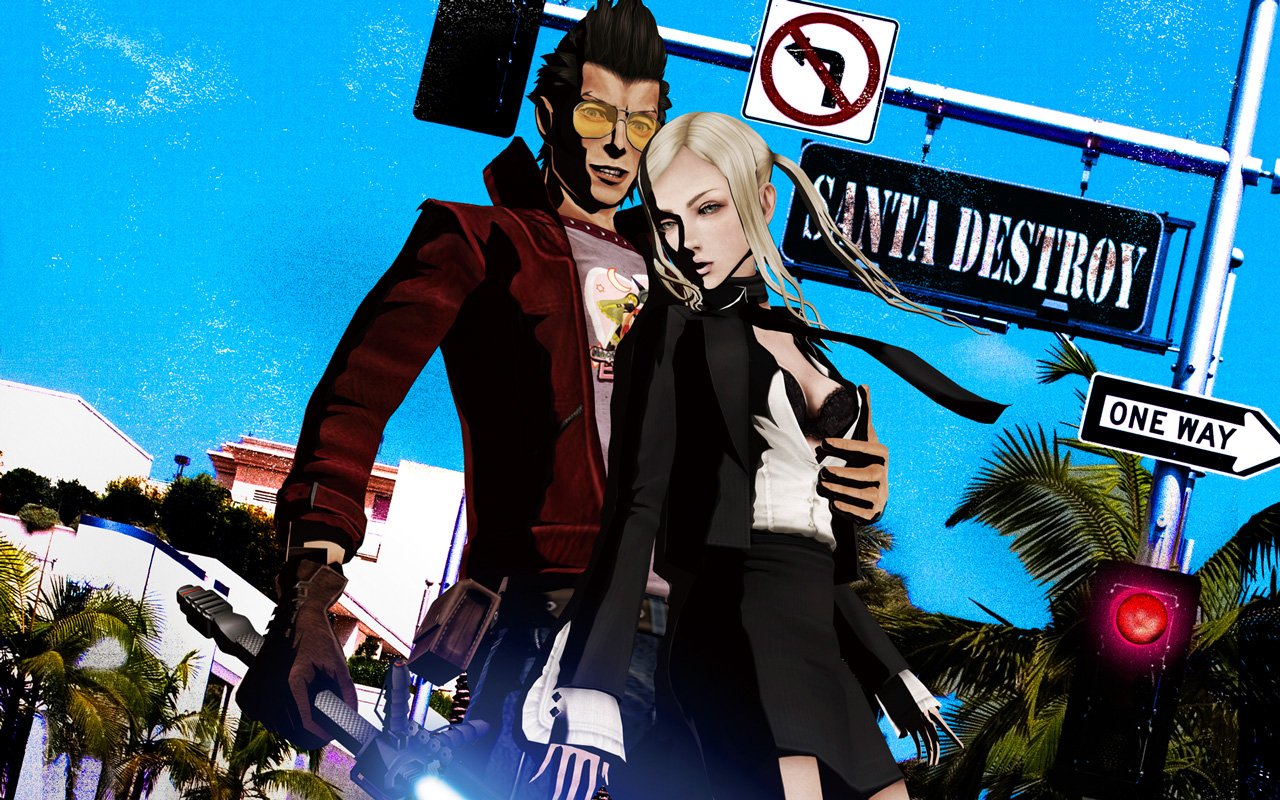 "On the Wii, not to brag, but I feel that I made a game that used that Wii technology in one of the best ways. I want to find a cool new way to play using what Switch offers."

With all that said, Suda says he tries not to worry too much about the overall shifting market conditions or predicting where the next big shift will be and instead focuses on making good games for right now. "I like the idea of small teams," he notes. "I don't really think so much about the industry at large or Japanese game development... I try to think more directly about what Grasshopper is going to do, how we're going to respond to things."

Where to head next is clearly an exciting prospect to him. Let it Die and The Silver Case are both about done, and when asked about the future, Suda beams, clearly full of ideas. He lists several that are currently on his mind such as a remake of The Silver Case's sequel and a PlayStation VR visual novel adventure, but clearly that which currently excites him most is the Nintendo Switch.

"I want one," he laughs. "Nintendo always makes really cool, interesting hardware that gives us new things to do. On the Wii, not to brag, but I feel that I made a game that used that Wii technology in one of the best ways. I want to find a cool new way to play using what Switch offers."

Grasshopper's adventure continues, then. If you want to relive how it began, The Silver Case is out now on PC and coming to PS4 in April.