You may have seen a very unusual message describing Steam on Google today.

Steam displays user reviews under the Steam Labs section on the homepage, so it's very possible Rommel's review was featured alongside Metro Exodus, leading to this situation. 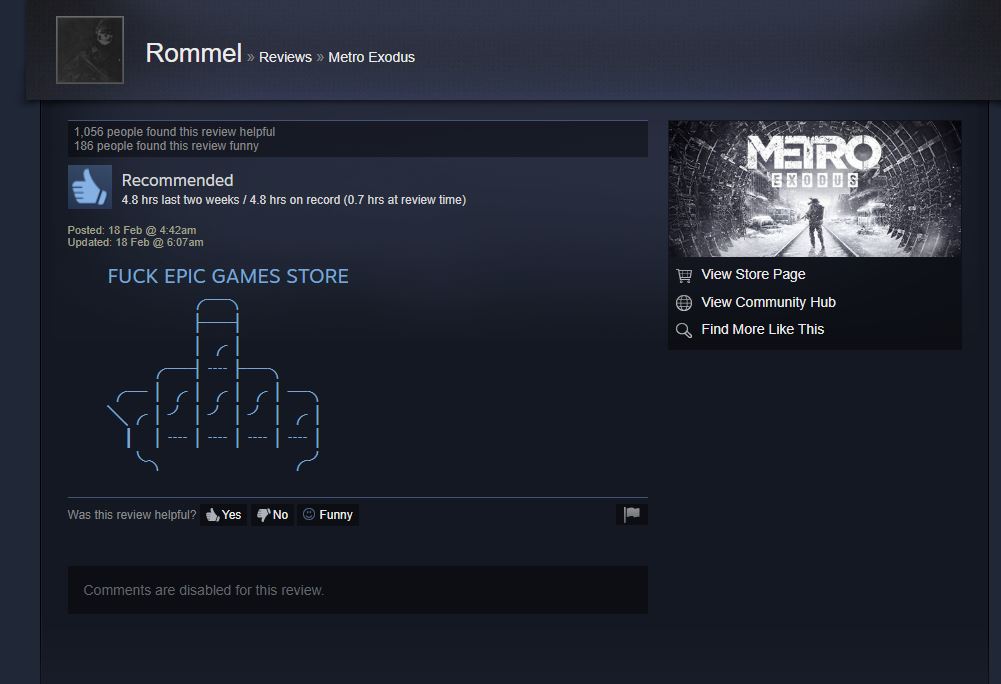 Original story: Here's something you don't see everyday: the official description of Steam on Google's search engine currently has a message that reads, "Fuck Epic Games Store." This is not a joke.

Typing "Steam store" into Google, at the time of this writing, returns a link to the Store in the first result (not an ad) along with that bizarre message in the description below it. PC Games N was the first to spot the blunder, and we got the same result when we tried it.

For some reason, you won't see this if you just type in "Steam." There also does not appear to be a counter-message when looking up Epic Store-related terms.

Site description and the first few links on Google are typically sourced from the site's code. So, assuming Google's bots didn't erroneously conflate sources, the data likely originated from Steam's own website.

Either someone at Valve was feeling extra cranky this afternoon, or the site was compromised to allow a third-party to alter metadata in that way. We've reached out to Valve for comment.