Sometimes a fan project is the only way a much-needed re-release is possible - and Sonic 3 Angel Island Revisited definitely gives Sonic fans what they crave.

In 2009, indie developer and all-around Sonic fan Christian Whitehead produced a proof-of-concept video showcasing a remastered version of Sonic the Hedgehog CD. The game was always the most difficult of the original and best Sonic games to run - but he'd managed to get it running smoothly on iOS using his own original engine, the Retro Engine - software designed by reverse-engineering Sega's 90s work.

The proof-of concept was so good that it caught Sega's attention. The company signed up Whitehead, and he led a new Sonic CD port that went on to be released on practically every platform available at the time. It was an impressive effort, adding features and tweaks that only a hardcore fan would prioritize. The rest is history - Whitehead and his collaborators would go on to create similar ports of the first two Sonic games, then an excellent original throwback sequel, Sonic Mania. Dedicated fans had rescued 2D Sonic from purgatory, producing re-releases and games even better than Mario's new 2D efforts.

But what of Sonic 3? Well, it's always seemed like Sonic 3 & Knuckles sits in a difficult position - a shame given that it's arguably the best and certainly the most ambitious entry in the 2D Sonic series. The game has been re-released a bunch over the years - most recently on Wii Virtual Console (2007), Xbox Live Arcade, Steam and inside the Ultimate Genesis Collection on PS3 and 360 (2009), plus as part of Sonic Classic Collection for DS (2010) - but then, mysteriously, the re-releases stopped. In 2019, the best way to experience Sonic 3 is probably an original cart and the Mega Sg, an expensive but amazing modern Genesis. 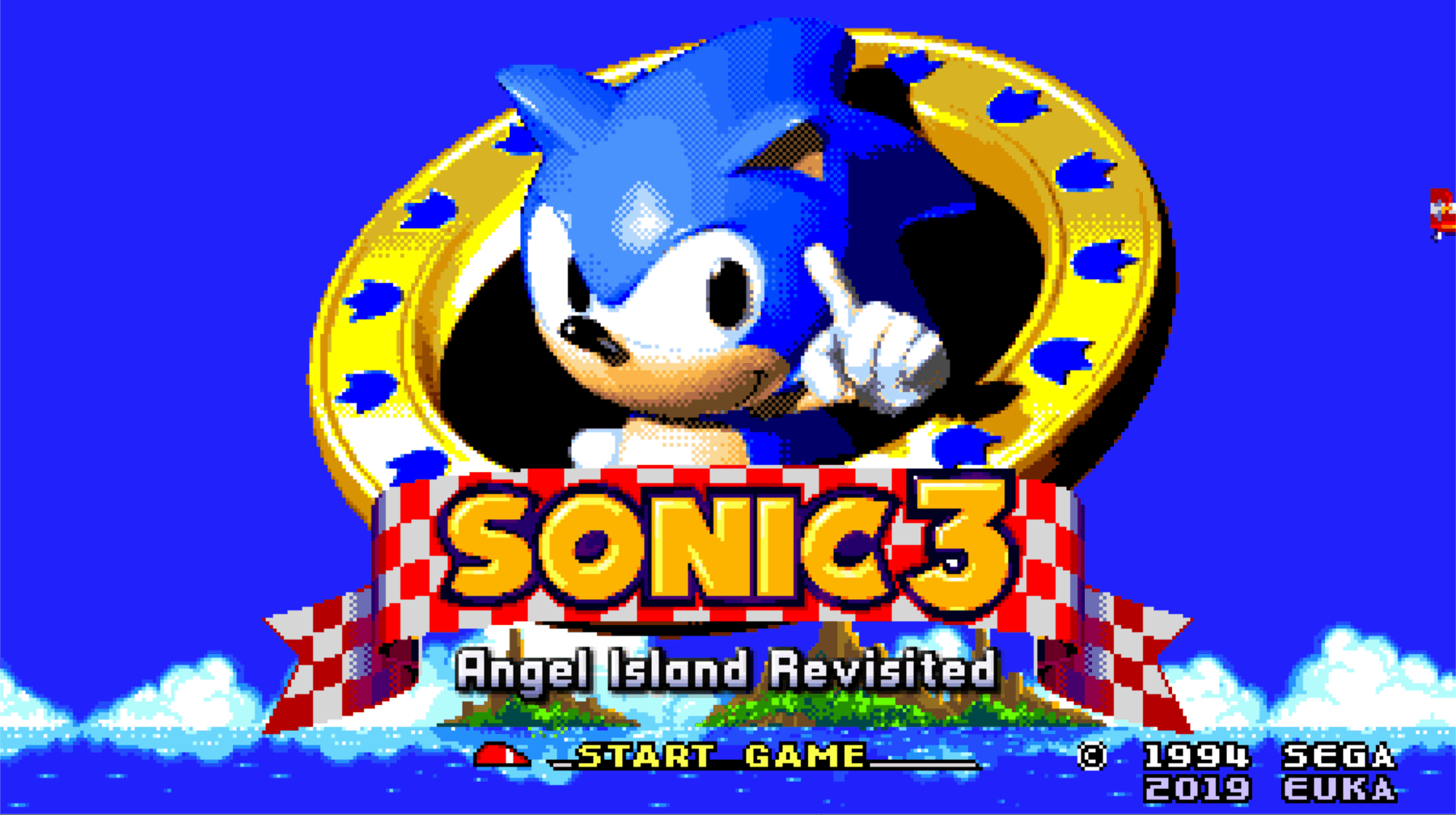 Sonic 3 & Knuckles is even absent from the new 2018 Sega Genesis Classics compilation despite that containing an almost identical library to the previous-generation version, which had the game. Even the 2010 PC release that this version is based off had Sonic 3 - but it's gone. Whitehead himself put together a proof-of-concept proving the Retro Engine was ready to run Sonic 3 and fans petitioned for him to be allowed to do so, but nothing came of it. This is a story true across the board, and we fully anticipate Sonic 3 and Sonic & Knuckles will also be absent from the upcoming Mega Drive Mini. Behind-the-scenes, something has changed. Did Sega say no, or did something make them absolutely unable to give such a project the green light?

VG247's article on why Google Stadia has us worrying about game preservation also mentioned the strange erasure of Sonic 3 from recent Sega back catalog releases and speculated it probably has something to do with the poorly kept secret that the late pop artist Michael Jackson seemingly composed some of the game's music.

That connection has been obvious for a while and is explained succinctly in YouTube videos dating back 13 years, and more recent videos sum things up in more detail with even more evidence. Allegedly his name was planned to be attached but was pulled as Jackson became embroiled in scandal. Sega has even admitted the involvement of Jackson and his composing collaborators as a trivia factoid in the 360 and PS3 Genesis Collection, but the official line remains that their work never made it into the game - though evidence suggests otherwise.

As the YouTube videos make clear, it really does seem like it happened. That makes the stoppage of Sonic 3 re-releases in the years after Jackson's death while some versions that made it out prior to that remain on sale (Steam, XBLA) a compelling argument that the two are likely related. It's curious, too, that the Sonic 3 & Knuckles levels featured in Sonic Mania are ones that have never been musically connected to Jackson. Perhaps Jackson was happy to let the re-releases continue without his name attached in good will, but his estate now will not. This is to say nothing, of course, of the cultural significance of re-releasing a product containing Jackson's work in light of recent accusations about the man. It looks a lot like Sega simply can't re-release one of its greatest ever games now without a shed-load of red tape and licensing. That sucks.

That brings us to Sonic 3 Angel Island Revisited, or A.I.R. - an impressive fan project that aims to do what Sega most likely can't - give Sonic the Hedgehog 3 & Knuckles the full Christian Whitehead style remake treatment. It's honestly an incredibly impressive piece of work and clearly a passionate work of dedication from a lone developer - and it allows the game to be played comfortably and enjoyably in a more modern setting.

Specifically, this downloadable PC mod makes use of the Sonic 3 & Knuckles ROM available through Steam as part of the previously mentioned Genesis/Mega Drive collection. It loads that up as essentially a way of checking that you legally own the full game - and then it runs those assets in an all-new setting and engine, a standard Windows executable. There's no emulation here, so this stands apart from previous fan effort Sonic 3 Complete. 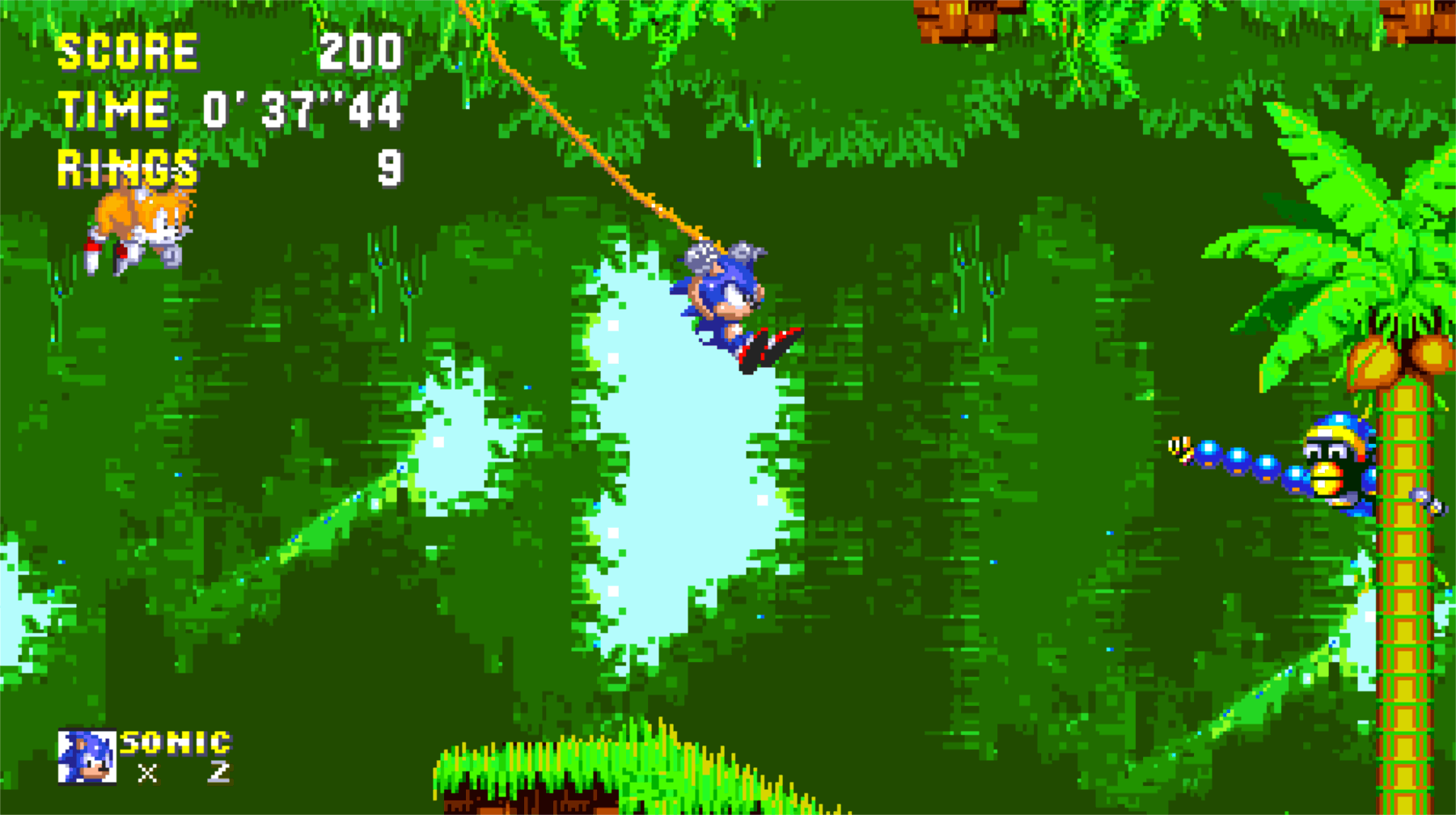 The results are impressive. Most important are the physics, which the creator says are 100% accurate to the original - and to me they certainly feel that way. There's also a crisp widescreen presentation, pixel filters and even all new features like new moves (including the drop dash borrowed from Sonic Mania) and a Time Attack mode. This is basically what fans clamored for Whitehead to be given the chance to make, but executed as a lovingly-crafted fan project rather than a commercial one.

The number of options in Sonic 3 A.I.R. is honestly quite something - there's various forms of control borrowed from the original game and Mania, camera options, some alternative difficulty setting tweaks, a region switch, optional adjusted level layouts and difficulty tweaks, music options and even an entire option devoted to Tails' super and hyper forms. What's impressive is that all of this is configurable in a sleek in-game menu, so you can more or less create the remastered Sonic 3 experience you want. All corners of the fanbase are well served. There are even achievements.

Right now the release is still a little buggy, suffering from issues present both in the original game and new versions, but creator Eukaryot is promising a bug fixing spree now the game is complete - and thanks to a combination of Sega historically being pretty cool about fan projects and this requiring a legal copy of Sonic 3 to run, it seems unlikely to be shut down. We may never get that official widescreen, complete, lock-on free version of Sonic 3 officially - but Angel Island Revisited is an easy recommendation to get that shot of nostalgia instead. You can learn more about it and how to get it working on Sonic 3 Angel Island Revisited's amazingly bare-bones website.