Sonic Mania's Plus expansion doesn't bring quite as much new as you'd hope, but it's still the definitive version of a modern classic.

Back in August of last year I described the original digital-only release of Sonic Mania as "a must-play love letter to Sega's finest" - and that's a statement I happily stand by.

The original release was amazing, and it appears it was a bit of a wake-up call for Sega: what was obviously a side project compared to the big budget 3D Sonic Forces ended up the best-reviewed Sonic game in fifteen years and ultimately went on to sell millions. Sega's next step isn't too surprising, then: return to the developers and ask them to expand the game with an eye towards DLC and a physical release.

Thus we get Sonic Mania Plus, an expanded, enhanced version of the game that's also going to be available in stores in a special edition with an art book and a reversible, throw-back Mega Drive/Genesis cover artwork. The retail version is a neat little package, but better still is that if you own the original digital release you can pick up the new content for just $5.

Sonic Mania's big unique selling point, I think, comes thanks to its creators. After years reverse engineering older Sonic games and creating their own fan games, these fans got the chance to make the official Sonic 4 they always dreamed of. Unsurprisingly, it's brilliant. The game gets its name from the maniacal obsession this team has for the Sonic franchise - and that passion seeps through every pore of both the original Mania and the Plus additions.

New to Plus are two new characters: Ray the Squirrel and Mighty the Armadillo. Both are deep cuts, having debuted in an obscure, mostly Japan-only arcade game from 1993. Mighty would later reappear in Knuckles Chaotix, but that game wasn't too successful - and when Chaotix later showed up again, Mighty was absent.

I know what you're thinking - groan, ugh - new rubbish friends for Sonic. But this is the joy - they're not rubbish. Both follow the 2D Sonic school of design, so both have a few unique properties that change how levels play, while the new remixed levels in Plus feature new paths that can only be reached with their unique powers. 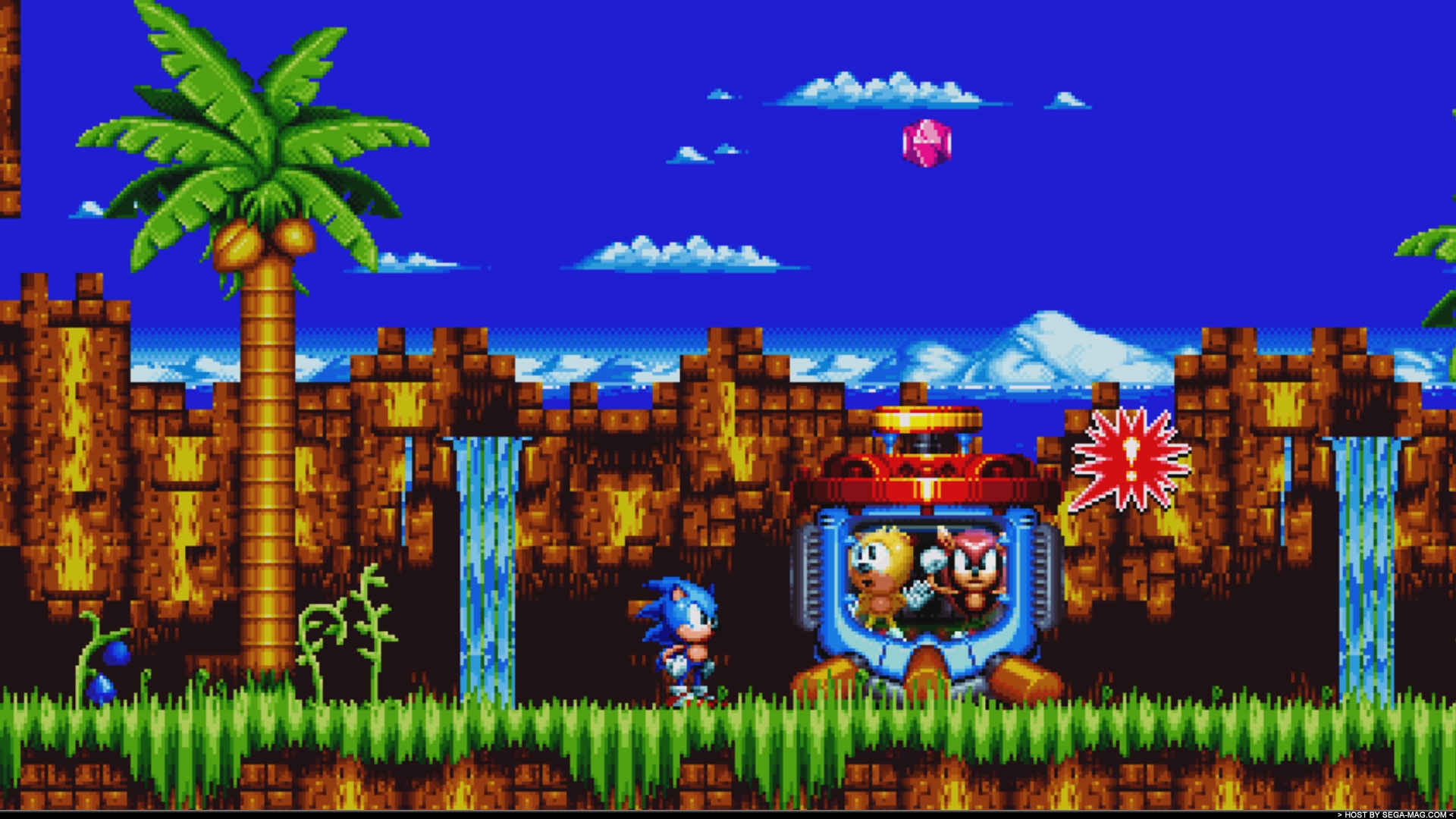 Mighty has a ground pound that can slam through stuff below him in the same way Knuckles can punch through things in front of him. Ray, as a flying squirrel, can glide - but unlike Knuckles' glide Ray can gain momentum in a dive and then pull up to gain height again. The closest analogy comes from Sonic's greatest rival - Ray's gliding works just like a sped-up version of the cape power up from Super Mario World. It's good stuff.

Mighty and Ray can be used in the original dozen Sonic Mania zones as with the others. That's the same great game and the same mix of remixed classics and all-new zones. The game just feels great to play, nailing the Mega Drive physics while using the extra power available to augment the experience with the odd 3D effect here and there, or simply with a volume of things happening on screen at once that never would've been possible on the old hardware.

The new characters are fine in the old levels, but they come into their own when played in Encore Mode, a new expansion exclusive to Plus. Encore Mode remixes the same levels, adding new areas, obstacles and a generally ramped-up difficulty alongside some visual tweaks, often changing the time of day a level takes place in. There's also a new special mode, but the big difference is in how life and death works in Encore mode.

In this new mode you don't have lives - instead, you have characters. You'll start out playing as Sonic, but quickly you'll pick up either Mighty or Ray. At this point you can tag between the two at any time with a button press - and then as you explore you'll be able to add the other characters to your roster. You can only have two out at any given time, but item boxes and death will mean you're constantly swapping between the different members of the cast. 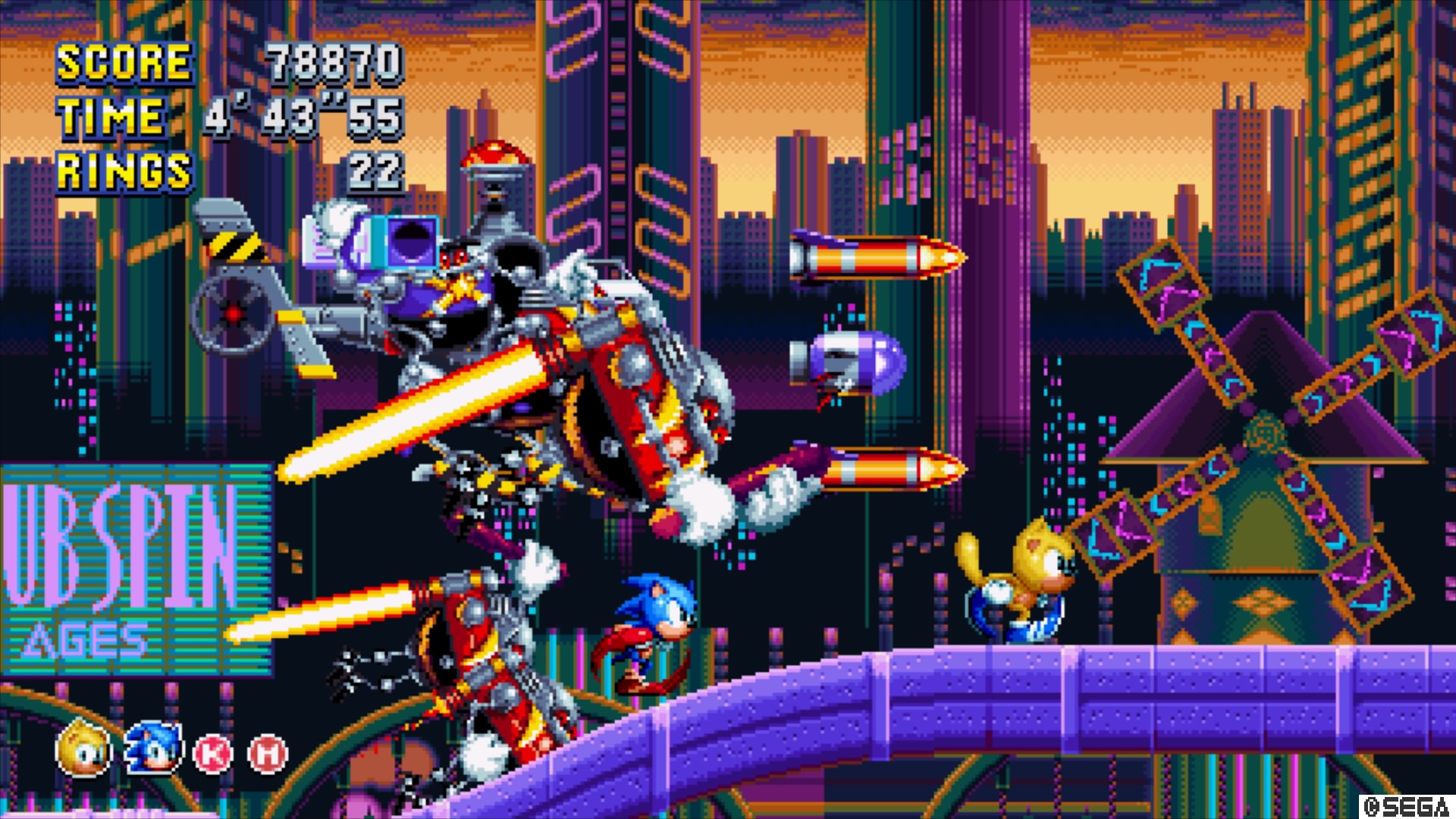 This tweak is an interesting one, and it fits perfectly with the other changes to Encore Mode including its more punishing difficulty and sometimes more exploration-driven level designs. It's not exactly earth-shattering, but it's different enough that it'll keep fans happy.

The same is true for most of Mania's additions. The new special stage in Encore Mode is a fun but brief distraction. The new four-player competitive race multiplayer is the best multiplayer 2D Sonic has ever had but likely won't hold attention for long. Other tweaks to things like bosses and level transitions (across both modes) are welcome, but might only be noticed by the most hardcore fans. One still can't help but wish Sonic Mania Plus actually added some new levels - but it seems we'll have to wait for a Sonic Mania 2 for that.

Minor as the additions the Plus expansion brings, Sonic Mania is still one of the best 2D platformers in recent memory, and is definitely the best Sonic game in a very long time. I can't help but wish there was more of it, but there's no denying this is an excellent package - and yes, it's still a must-play.