Sony went to gamescom with the express purpose of showing Vita has a future, but delivered so much more. Shuhei Yoshida, head of Worldwide Studios for PlayStation, spoke to Patrick Garratt in Cologne. 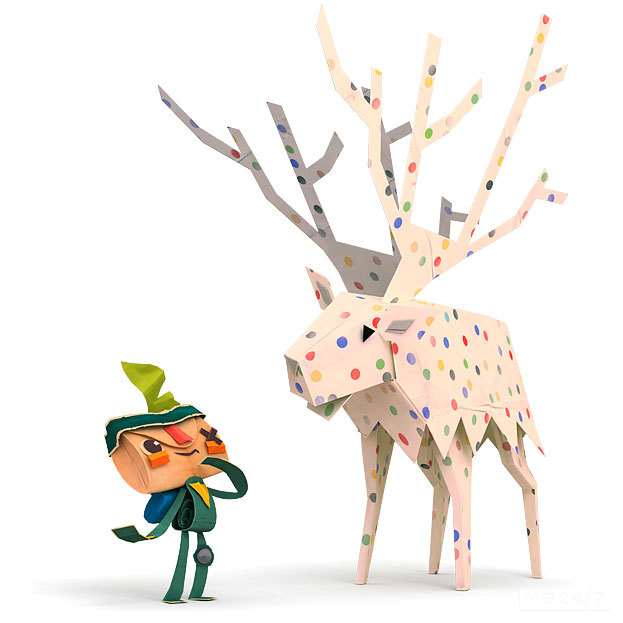 Sony's gamescom conference was an unqualified success, dropping five new IPs and revealing Tearaway, Media Molecule's Vita exclusive, to an appreciative crowd. But was it enough to genuinely show that Vita, with it's paltry 2.2 million sales, can exist in the modern world? Sony's head of Worldwide Studios, Shuhei Yoshida, reckons the only way is up. Read on for more on Vita, Gaikai and what's next for Gran Turismo.

VG247: There was a real call from the press and public after E3 for Sony to show clearly that Vita had a realistic future. Was this something that Sony was trying to address last night?

Shuhei Yoshida: Absolutely. The number one theme that we had going into gamescom was getting the feedback from the E3 press conference, where we seriously didn't spend enough time talking about PS Vita content and what we have for the future. That was one significant focus. The other focus, of course, was to announce new titles. I'm very excited that we were able to announce five new titles. We were able to cover every single initiative we have, from PS Vita to PS3 to PS Move to PSN. We're very happy.

Everyone's getting excited at the prospect of new IP at the moment, as the generation drags on. You really didn't disappoint last night. You showed some very creative products for both Vita and PS3. Do you think the games we're seeing from Sony now are the first steps in leaving behind the traditional genres of the current generation?

At Sony we always like to welcome new ideas and new IP, to work with new developers and new creatives. It's always something we strive to continue. It's just the natural results of the output we're seeing yesterday, in addition to continuing our franchises like LittleBigPlanet or God of War. I understand people like to see new franchises after seeing sequels, maybe three games on the same platform. You know, game number four on the same platform is always dangerous [laughs]. I think it's a good time to bring in new content, especially for younger audiences and family audiences.

Vita, specifically, seems to be starting to come into its own a little now. The one game that really showed that off was Tearaway, which got a really good reception from the crowd. You must be very glad that you bought Media Molecule?

[Laughs] Well, it wasn't just yesterday that we were glad of the addition we've made. Tearaway is really a good example of a game made from the ground-up with PS Vita's functionality in mind. At the launch, we put so many new functions on PS Vita, and many launch titles tried to use functionalities like touch in different ways, and some of it wasn't natural and was criticised by media people when it felt forced or tacked on. I'm hoping that when people try Tearaway, the use of features on PS Vita will feel much more naturally integrated to the core gameplay.

Do you think games like Tearaway are vindication of your strategy of having first-party studios? It's an expensive thing to do, but it's worth it to be able to create these products from the ground-up?

Absolutely, yeah. It works both ways now in Sony Computer Entertainment. We participate in designing the hardware platform as well as making content. PS Vita was the very first platform that, from the very beginning of the project, we were involved in discussions, making and trying out prototypes, to see what works and what doesn't work in making the game experiences. We feel like we're part of hardware development teams as far as PS Vita is concerned. That involvement helps our teams think about what features to bring to new platforms in terms of making games. It has to be the way that our games take good advantage of the unique features that each platform brings, and I'm very happy to see yesterday's announcement and the reactions to Tearaway as proof of concept of these relationships between our hardware and development teams.

"We're so happy and proud to see Alex talking about Tearaway and how the game's been built from the ground-up using PS Vita's functionalities. It's one example of how our development team now work very closely with the hardware group."

One of the American journalists I spoke to after the show last night said that Tearaway would be the game that made her buy a Vita. Do you think this is the killer app the machine's been waiting for?

[Laughs] Well, that's the perfect reaction to the announcement. I'm happy to hear something like that. We're so happy and proud to see Alex talking about Tearaway and how the game's been built from the ground-up using PS Vita's functionalities. It's one example of how our development team now work very closely with the hardware group.

The topic of new platforms is very hot at the moment. We have mobile, tablet: it's not a forward-looking thing any more; it's real and it's now. I think we saw from Sony yesterday that you're really embracing that. We saw all of your content on many different platforms. But many people in the core space probably feel quite threatened by this. Would you tell the core development community to embrace the explosion in new screens? Do you see it as an opportunity rather than a threat?

Yeah. There are certain things that new devices like tablets and smartphones do very well, such as touch interfaces, but there are things that they won't really be able to do, such as physical interfaces. Because so many people now own smartphones and tablets that it's very helpful for many [pieces of] content that we make, to make use of these devices, to continue engaging people with our core gaming experiences. This past E3 was the very first to see so many publishers and developers creating companion applications to go with the core experience, keeping them connected to the core gaming experience rather than driving them away. So that's a good way to make use of new devices.

Even through you had a very strong showing yesterday, there were still some question marks. It was rumoured that we were going to see a Gran Turismo reveal on Tuesday, and there's still the question of when we're going to see more on The Last Guardian. Obviously, the status of the project has been a news story recently. Can we expect some answers this year to these bigger questions, or are we going to have to wait until 2013?

We don’t decide what to talk about until close to those events, so we really don’t have the set agenda for any of these projects that you’re talking about. But Kazanori seems to have started talking about [what he's doing], so I won’t be surprised to hear more about their plans, our plans, on future Gran Turismo rather soon.

You just bought Gaikai for a substantial sum. It seems a little cloudy, if you'll forgive the pun, as to how you're going to implement it in the PlayStation eco-system. Mr Hirai told Bloomberg this morning that it's mainly to do with mobile and tablet, but I assume you have plans for cloud gaming within the core eco-system as well? How important will the cloud be to you going forward?

Can I just say that Kaz, as president and CEO of Sony, is no longer as close to PlayStation and our plans any more [laughs]. So whatever he wants to say he can say, but in terms of actual plans for PlayStation with Gaikai, we've started to work with very talented people at Gaikai. We're very excited to be able to work with a forerunner of creating cloud gaming in the infrastructure. We believe in the future. When the internet becomes much more robust and faster in more parts of the world, cloud gaming can provide lots of great services to allow people to have instantaneous access to a variety of content on a variety of devices. With that premise, we will work with Gaikai to what makes more sense in terms of content for our target devices, to bring cloud gaming services into the PlayStation eco-system. We'll be able to talk more about our plans in the future.