Shadow of the Colossus isn't over once you've defeated all the great beasts.

Beating the game the first time around will allow you to begin new game+ mode. From here you can try the Time Attack modes.

To start a Time Attack kneel and pray before one of the Colossus in the Shrine of Worship.

There are two Time Attack modes you unlock, and both grant you lots of cool weapons and tools to make hunting the Colossus easier.

You'll unlock one item every time you beat two Colossi. Just head to the pool at the back of the Shrine of Worship to pick them up and equip them. 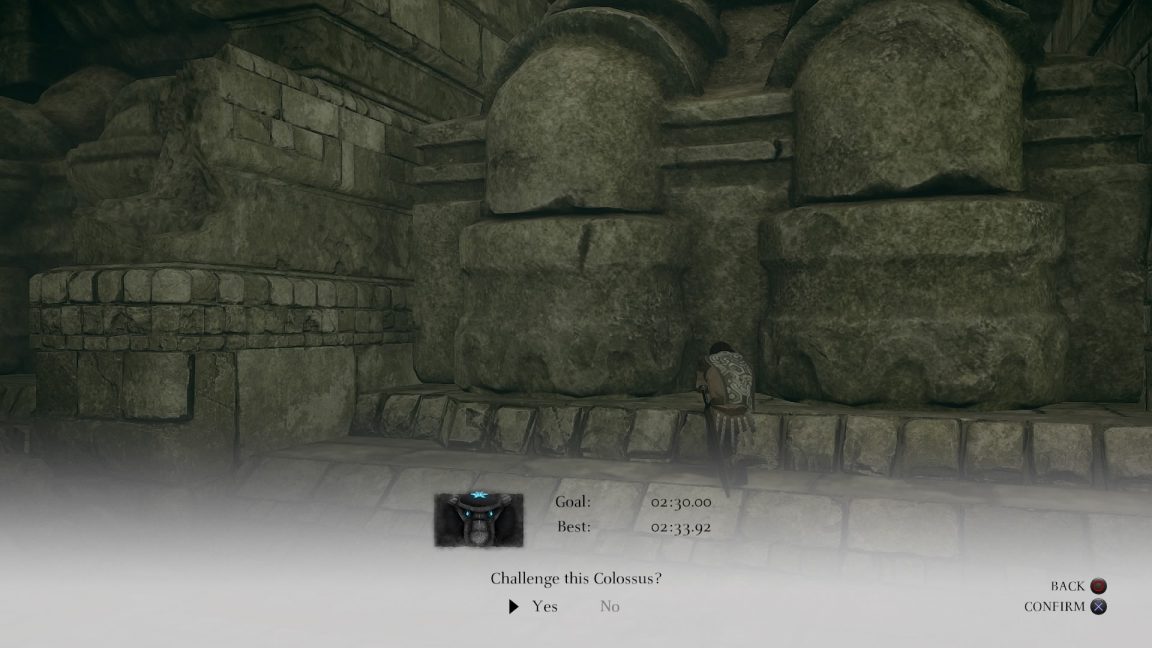 Defeat 10 Colossus
Allows you to find the fruit trees easier

Defeat 14 Colossus
You are now invisible to the Colossi

Defeat 2 Colossus
This is a longer range weapon, similar to the bow

Defeat 6 Colossus
Every fruit tree is marked on your map

Defeat 12 Colossus
Like the Shaman's Cloak, this further reduces damage

Defeat 14 Colossus
A parachute to save you from long falls

Defeat 16 Colossus
This is the weapon from Ico