A grainy image has surfaced of what is reported to be the Kinect 2 dev tool in action.

After a report last week suggested that the dev kits for the new Xbox - codenamed Durango - were distributed in February, a screen shot has appeared online of what is supposedly the next iteration of Kinect in action.

The shot comes courtesy of Xboxygen and shows the development tool can recognise individual fingers and the shape of clothes.

The new iterations of both Xbox and PlayStation are being tipped to appear towards the end of 2013. 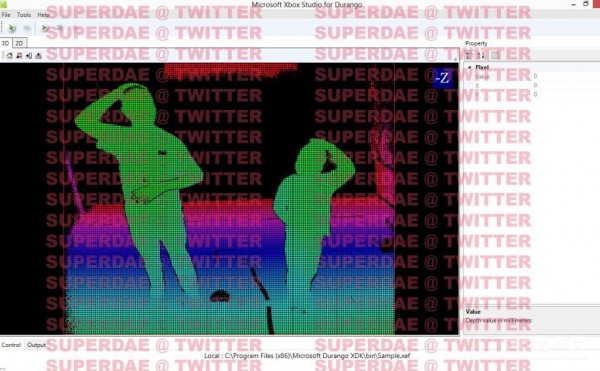