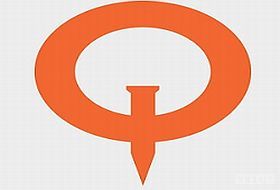 Brink is free-to-play until Sunday on Steam.

Skyrim demo will be shown and "new pieces of info," dropped.

A live Prey 2 demo will be shown at the event.

A new RAGE video was released.

DOOM 3 source code will be released this year once RAGE is out the door.

Carmack had "nothing to say," about DOOM 4 as this is the "year of RAGE".

RAGE team moving on to DOOM 4; still hopes to do RAGE 2.

Todd Hollenshead took the stage to announce that RAGE iOS will be free for a week as soon as id's Facebook page reaches 100,000 likes. There will also be Steam new sales every day during QuakeCon as well as a QuakeCon pack which includes every id and Bethesda game available on Steam for $69.99. Pre-purchasing RAGE or Skyrim takes $20 off that, and if you pre-purchase both, you'll get another $10.

Brink is also free-to-play on Steam until this coming Sunday, and it is also 50 percent off.

After Hollenshead stepped off the stage, Bethesda's Pete Hines stepped on to chat about what games to expect at the event. Tomorrow there will be a Skyrim public demo with "tidbits" and "new pieces of info," as well as a Prey 2 live demo.

Carmack began his keynote speaking about RAGE, which he called the "most enoyable id game that we've ever made," before announcing he was going to "spend some time" going over RAGE's visual tech and that after his talk, the audience would be "megatexture experts" afterward. He never said they might cry due to there, once again, not being any word on DOOM 4, but, we're sure some wept anyway.

Apparently, RAGE has pop-in issues if you turn around quickly, which is the "reality of how the tech works," according to Carmack. He mentioned an artist which started designing things that weren't comfortable for the tech, because RAGE is not a "texture island."

This led Carmack to speaking about anistropic filtering and how when transferring the game to Xbox 360, the game started off at half detail because it wasn't optimized. It is now, but artists were pretty much "crushed" when they had to compress all the textures for it to work on consoles.

The solution was found by virtualization of texturing, because loading texture blocks directly from DVD or a hard drive would cause "significant lag," on the console, so a second layer cache was created. According to Carmack, Blu-ray, which is used by PS3, has little available memory, and OS takes too much memory. Luckily, id worked around this with Sony by convincing it to give the team a few more gigs, and it used an HD photo derivative for compression which is a more "sophisticated encoding method," which allows the developer to provide more game detail.

Carmack admitted id had issues getting RAGE up to 60fps on PC, despite the format having "ten times as much power" as consoles. However, using reactive rendering, it slowly scaled the resolution to fix the framerate issue; however, if something unexpected happens, things can go wonky, so this is just a few of the reasons why it has taken the team so long to release RAGE.

"Three generations down the line, we'll be taking 30 years to make our next game," said Carmack, which incited general laughter from the audience.

Graphics “do still matter,” but id decided to up RAGE's frame rate instead of graphics.

Carmack went on to suggest in his keynote that current graphical methods are a bit unsustainable, and while graphics "do still matter," id decided to up RAGE's frame rate instead of its graphics. Most games go 30fps, RAGE went 60fps.

He then revealed that he has started a "new project," which has him "exploring some things." These "research engines" could be added to the PC version of RAGE via updates. He loves PC, apparently, calling it "crazy" how much power they have to work with on the platform, and said the firm put 192GB of RAM into a test server, to, well test it obviously.

Carmack said the code is at ten times the bitrate and the firm plans to release it as patch on PC to "test the extra benefit." He also admits that textures up close don't look all that great in RAGE, so the team is considering a potential downloadable release of a "super quality pack" on PC.

According to the id man, Doom was too dark which caused people not to be able to see everything, so the team used regular lighting and post-processing in RAGE. Post-processing "mucks up" pixels sometimes, he said.

He then went on to talk about coding and writing good software, which can be deterministic. It works or it doesn't and if enough people become involved, it can become "disturbingly statistical."

Content in RAGE is finished, he said, but code is complex so looking back on it: "if we had backed off on the complexity a bit, we could have shipped two games in the time it took to make RAGE," he said. He said production and QA is under the main roof now, where as back in the Doom 3 days, id just made a game and sent it off to the publisher.

Carmack said once RAGE is released, id will focus on giving the DOOM 3 source code to the public. It will be released sometime this year. Carmack said this is also a challenge to other developers to release old source code. It helps the development community and id.

After his keynote, Carmack opened up the floor to questions from the audience, where he spoke on a myriad of subjects. Here's a few bits, bobs, and quotes:

You can review the liveblog yourself below.