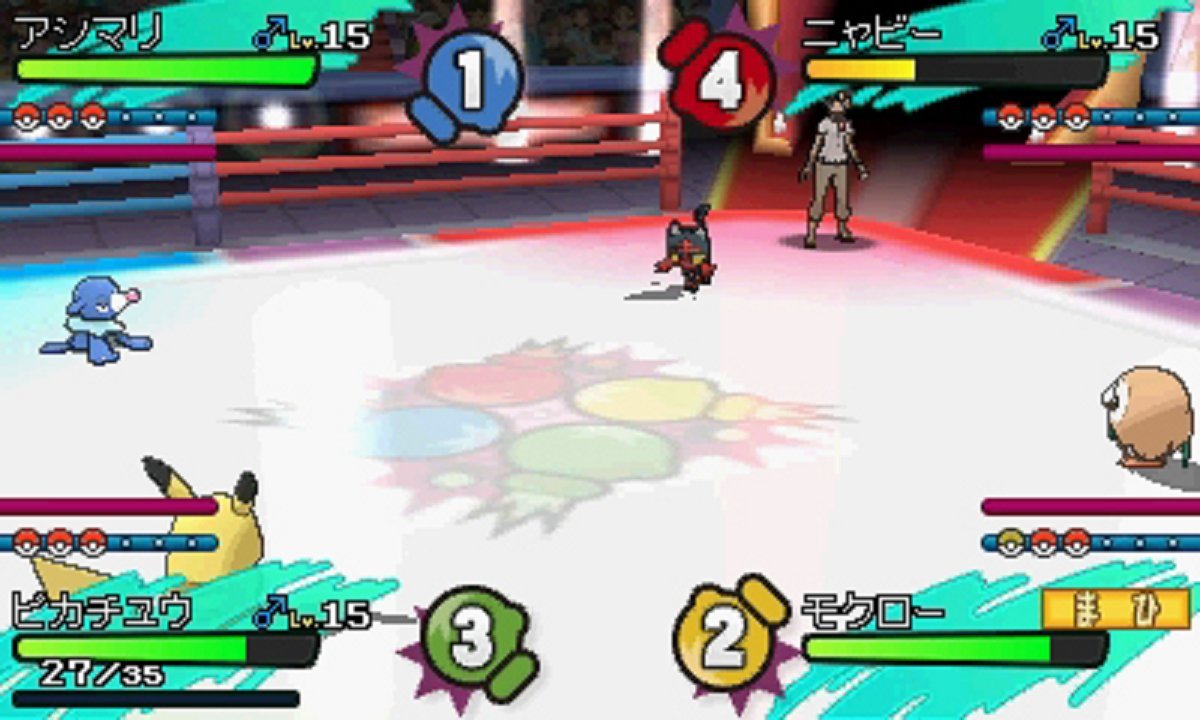 With the water trial complete and the Totem Wishiwashi defeated it's time to head on to Route 6, Royal Avenue and beyond. In order to do that you'll need to head back to Paniola Ranch - now you've completed Lana's trial you'll find the entrance to Route 6 ready and waiting for you.

There's some Sudowoodo in the way, but they'll move when you engage them. With them out of the way, head on in!

Route 6 is colloquially known as straight street because... well, it's a pretty short route and a dead-set straight line. Simple, huh?

Head on down the street to find several regular Pokemon trainer battles plus some item pick-ups and wild Pokemon encounters, as usual.

Continue on with the story and you'll encounter yet another hapless Team Skull Grunt. He flashes his gang signs at you as is Team Skull's obsessive custom and threatens you a bunch, but you honestly don't have too much to worry about. Engage him in battle to find he has a level 17 Drowzee. Drowzee is weak to Bug, Ghost and Dark-type moves. Give him the good stuff, then you can move on to Royal Avenue. 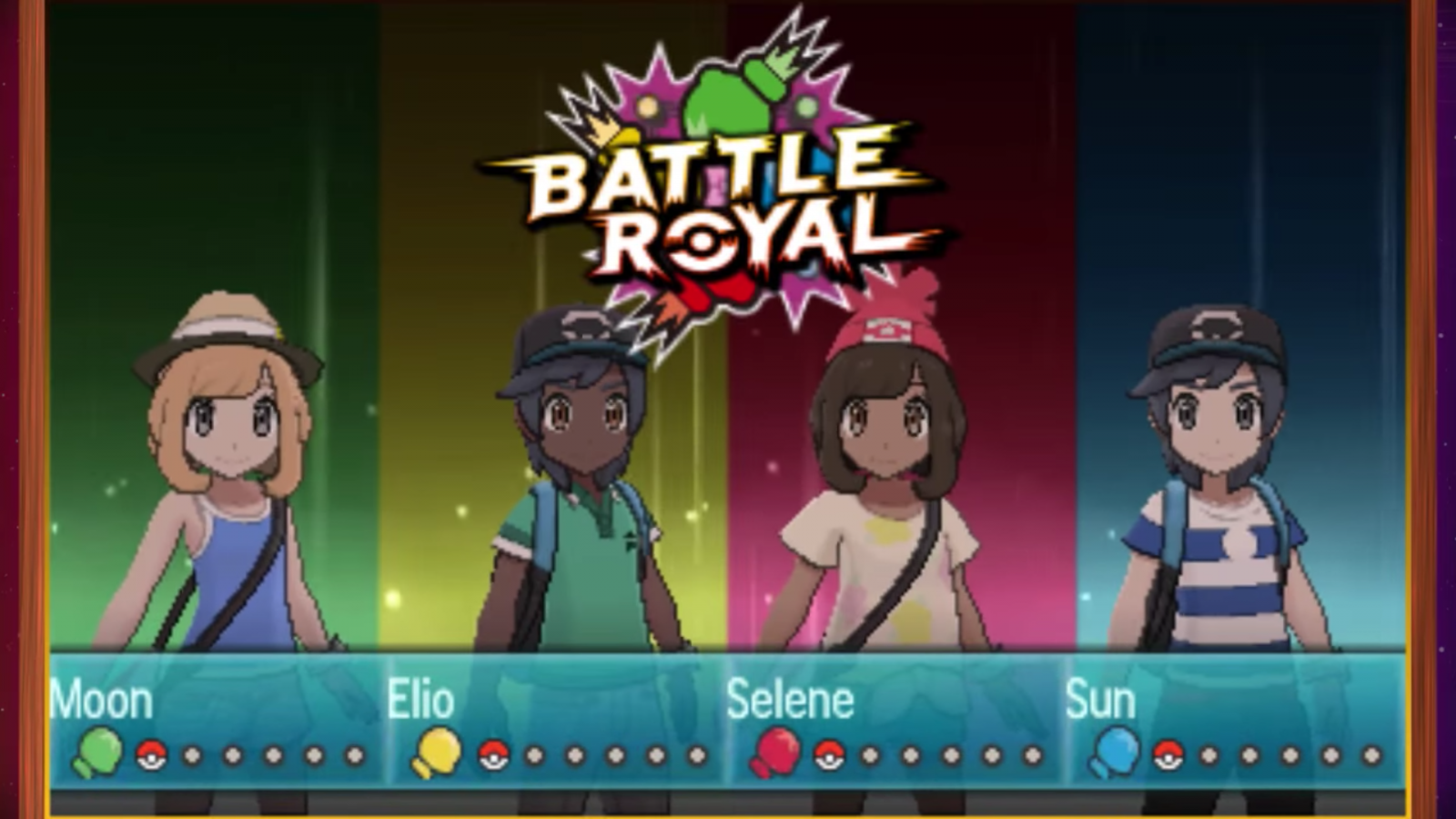 Royal Avenue is a sizable area on the game map, but surprisingly there isn't too much here for us to talk or worry about at all.

There's a shed-load of shops including a shop inside the Pokemon Center that sells several TMs not found anywhere else. There are also a bunch of items to be found or grabbed through basic quest efforts:

The story will require you enter the Battle Royal Dome and enter into a tutorial Battle Royal there that's basically unwinnable, so go ahead and do that. Afterwards, you'll want to head out of the Royal Avenue via the upper-right exit onto Route 7.

Route 7 is your next step in your journey. If you want you can loop left immediately after the entering the route from Royal Avenue towards Wela Volcano, but if you keep right you'll instead end up on the meat of Route 7.

All of the items, trainers and Pokemon below can be found on that right-hand side of the route's path for the taking. Basically, this is a great little optional area to train up before hitting the next trial - and given the number of Fire Pokemon in the volcano trial the number of water Pokemon available here is a blessing.

It's a given that all of the below require the Lapras Paddle, by the way.

With this done, head back towards the entrance but now take the left path up towards the volcano. The northern exit leads to route 8 and is currently blocked off, so you'll want to head left... into Wela Volcano we go. 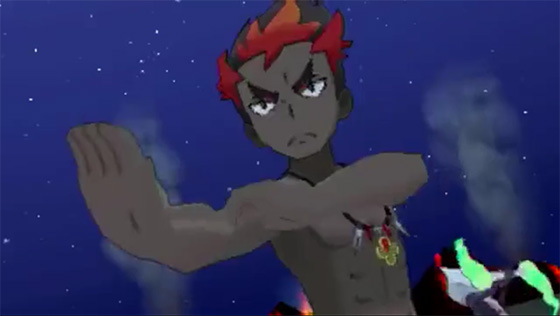 Wela Volcano: Burn up Kiawe's fire trial to get Firium-Z

Wela Volcano is a small dungeon of sorts. You're not going to get lost here as it's one linear pathway that leads to Captain Kiawe and his fire-based island challenge trial.

With that said, this is an area worth properly exploring along the way. There's a few items to grab here, plus some items inside the volcano's discoloured tall grass that aren't easily found elsewhere.

Once you've made your way through the area, it's time to face off against Kiawe in the Island Trial... and he's got a little quiz for you.

Kiawe's trial is split into two segments, and it's the first trial to really be about more than battling Pokemon. What he essentially wants you to do is play spot-the-difference: his dancing Marowak will strike a couple of poses and you have to tell him what's changed in the image.

This is really pretty simple, but here are the answers anyway - if you get a question wrong you'll be forced into a Pokemon battle.

Once you've beaten this part of the trial, the totem Pokemon will be summoned. Prepare yourself...!

Salazzle is the totem Pokemon of the fire trial on the island challenge, and is notable for being the evolved version of Salandit - but interestingly, only the female of the species can evolve. It's a fire and poison-type Pokemon, making it weak to Ground, Water, Psychic and Rock-type moves.

When it gets into trouble it'll call a Salandit to help - that has exactly the same weaknesses.

Salazzle will make use of the move Torment that prevents your Pokemon from using the same move twice in a row, so you'll want to make sure you send out a Pokemon with two effective moves at its disposal at the very least. As with the previous Totem Battle try to focus as much as you can on the main totem Pokemon, since the SOS ally Pokemon will just keep coming.

In no time at all you should have this challenge beaten and will be rewarded with Firium Z, 10 Quick Balls and best of all Charizard as a Ride Pokemon. This replaces the 'Fly' HM in previous games - or to use the modern gaming vernacular, this is your fast travel. Neat!

Next up is route 8, which you reach back at the bottom of the volcano. We'll see you there in the next page.