Sony has announced western date and price details for its new handheld, Vita - but given no indication of launch line-ups or 3G data pricing.

Launch at a glance

No word yet on 3G data pricing.

Will launch with ten social and system apps.

SCEA Jack Tretton made the announcement at the Web 2.0 Summit in San Francisco overnight.

According to the US and EU PlayStation Blogs, the launch date applies to Europe, Africa, the Middle East, Australasia, the United States, Canada, and Latin America - all of Sony's major territories outside Japan, in short.

Despite international statements to the contrary, Sony Australia has advised the console will arrive one day later in Australia and New Zealand, on February 23. Locally, the Wifi unit will go for AUD $349.95 and NZD $449.95, while the 3G unit is priced at AUD $449.95 and NZD $549.95.

Regional launch line-ups are yet to be confirmed, but there are over 100 titles in development for the console including Sound Shapes, Resistance: Burning Skies, Uncharted: Golden Abyss, Ultimate Marvel vs. Capcom 3, Assassin’s Creed, FIFA, and Call of Duty.

Sony has launched territorial websites on its PlayStation.com domain and promised exclusive updates and content, kicking off with a free Resistance: Burning Skies theme for the PSP and PlayStation 3. Click here to be redirected to your local micro-site.

The Vita makes its global debut in Japan on December 17. Check out an image of the US packaging below. 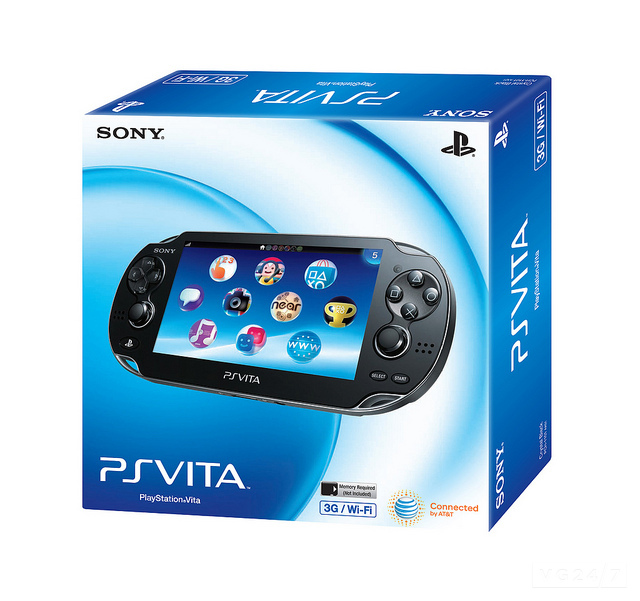