Sony is rolling out a new feature for PlayStation Now: the ability to download titles for offline play.

PlayStation Now subscribers will soon be able download titles available on the service to their PS4.

Sony announced the new feature today, stating almost all PS4 games will be available for download. This includes PS2 games remastered for PS4. But it doesn't include PS3 titles as they "are not compatible to run natively on PS4," Sony told GI.biz. 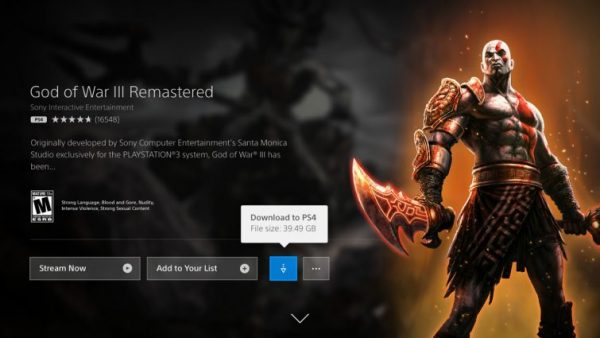 Sony explained how players can download a game they are currently streaming to their PS4.

"If you’ve already started a game via streaming on PS Now and want to continue playing locally on your PS4, you can transfer your save file from the PS Now cloud to your console with a PS Plus membership (sold separately).

Users will still need to connect their PS4 system to the internet "every few days" to verify their PS Now subscription. This is the case even if only playing downloaded games.

The download feature will be gradually rolled out to PS Now subscribers over the next couple of days.

Hit up the link to the PS Blog for more information.