The team at No Code comprises of 11 people, the majority of whom are Scottish. Keeping in line with the narrative that all Scottish people are terrifying yet brilliantly technological-minded, the team has pulled together a wealth of experience and ideas to create Observation, a space-thriller where you play as a compromised AI aboard a space station where all kinds of hell is happening.

Many members of the Observation development team had previously worked on Alien: Isolation, so I initially had my reservations about it as I don’t handle jump scares well. But while you can see the influence Alien: Isolation has had on Observation and how No Code has borrowed the idea of only being able to see from certain angles in each room, it’s clearly a very different beast.

S.A.M. is the space station AI who you control throughout Observation. The game begins with your sole companion, Dr. Emma Fisher, waking up aboard the space station where something has very clearly gone wrong and she attempts to reboot your systems. As you are playing as the ship’s computer, you are limited in your interactions at any given time. She gives you her name and authorisation code, and you can scan her voice print to look for a match. You can then accept the details you are given - it’s left intentionally vague whether that is her authorisation code or not - or reject it, leading to her getting more and more frustrated with your lack of ability to accept commands. 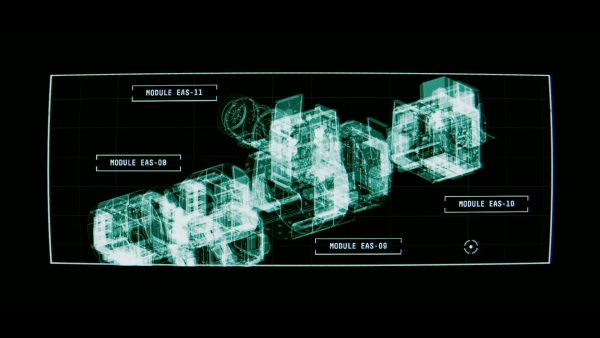 The space station’s onboard cameras become your eyes in Observation. You can move between different points on the ship, toggle between the different cameras in the room you're in and you can even transfer yourself to a mobile orb later on in the story. By using these cameras, you can scan schematics, link laptops and systems back to your OS and open hatch doors, allowing Dr. Fisher to search the ship looking for clues as to where her teammates are.

When you’re not opening doors and carrying out routine maintenance, you’re solving a series of puzzles. Some of these resemble a sort of quick time event or have a countdown clock, whereas others rely on environmental problem solving to reach a new area or to relay information back to Dr. Fisher. There’s a mixture of copying patterns, interacting with specific buttons at a certain speed and inputting numbers read out rapidly by Dr. Fisher, among others. 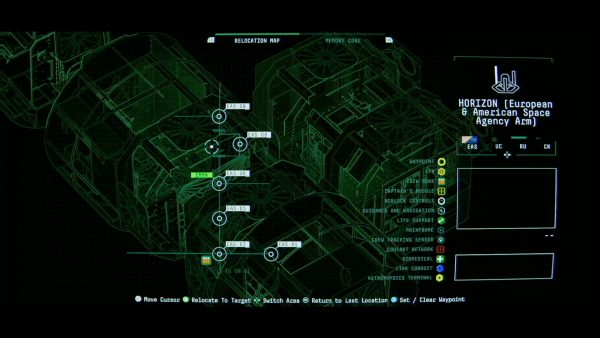 You can read responses to Dr. Fisher during diagnostic testing or if you find something interesting, but she’ll scold you if you give an answer that’s outside the parameters of what she’s asked. You can also ask her to repeat her demands, which leads her to question whether everything is going to be alright and whether you - an AI - are okay, too. If you repeatedly get things wrong, she’ll get increasingly frustrated which adds to the stress of some of the puzzles, as you can’t do anything you’d normally do in a regular action RPG. Instead, you just need to keep trying until you finally get it, unaware of how your speed might affect the story later on.

At the beginning of the game, a series of symbols flash before your eyes and you’re met with the words “BRING HER”. There’s a button to accept this request that doesn’t seem to go away however long you ignore it. Once accepted, the space station and its inhabitants are transported to Saturn, which is a long way away from orbiting the earth. An inspection of the black box data reveals that S.A.M. has taken Dr. Fisher and the space station to Saturn, which explains the horrendous noise and blackout Fisher experiences. When asked why did S.A.M. bring them here, the choice to respond is removed from the player. S.A.M. hesitates for a second before answering “I don’t know”. It’s never quite clear if what you are watching is real, whether you are actually controlling S.A.M. or whether there is a system-wide virus or higher being that has caused this chain of events - and this is the real thrill in Observation.

Whilst there is obvious tension in trying to figure out puzzles, responding to Fisher’s frantic demands and trying to get to grips with flying the floating orb around the station, the feeling that you are being watched by an enigmatic other creates a palpable atmosphere that you can’t escape. I spoke with one of No Code’s directors, Omar Khan, who said they wanted players to view Observation as a separate entity from Alien: Isolation, though it’s clear they’ve managed to recreate the sense of dread. 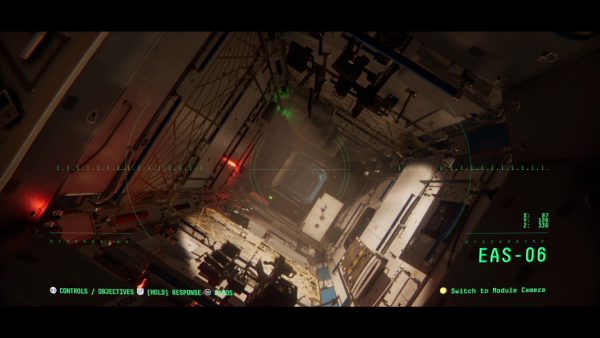 Khan said that the puzzles remain challenging throughout and that there are no real “choice fails”, though whether you choose to do - or not do - certain puzzles can heavily influence what will be available later on in the game and which type of ending you get. Some aspects of Observation become much more obvious on a second playthrough and you realised how much of the foreshadowing and details you missed.

The team spent several months studying the ISS to build a space station that was relatable and realistic for players. Observation is set in 2026 and while the AI is more advanced than what we have readily available, the majority of the input screens, systems and functionality of the station were lifted straight from real-life space station schematics. It reminded me a lot of Apollo 13, in that it’s based on our current spacefaring abilities and infrastructure and, realistically, the shit could hit the fan at any given moment up there and we’d be none the wiser.

Originally, the team wanted Observation to be available as a VR experience but plans were shelved after it was decided that it took away from the fly-on-the-wall, often helpless AI experience that created the tension in-game. While there is more manoeuvrability when controlling the orb, you often forget you are just an AI, not a human character, and it’s that restriction in abilities that puts you under pressure. 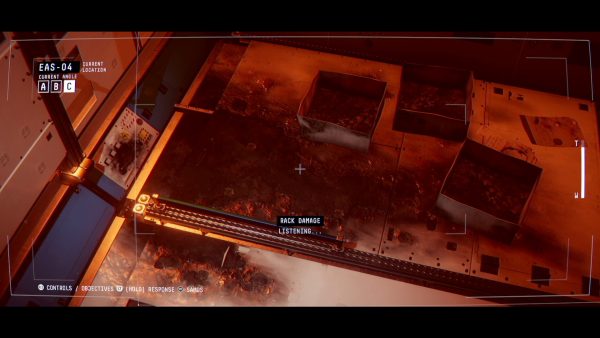 The level of restriction in Observation is what makes it so unique. Instinctively, I wanted to comfort Dr. Fisher after it looks like she’s lost her teammates and has been transported millions of miles from home. Every interaction in Observation is deliberately cumbersome as you are an AI, and there’s an urge to want to reach through the camera and press a simple button to get to the next area, rather than toggling through cameras, scanning documents and going through puzzles to decipher schematics. It seems like a realistic AI experience as it simulates the process computers go through to authenticate, analyse and translate information for users, which is as vexing as it sounds.

Interestingly, despite these mechanics feelings slow at times, they do pull the narrative along at quite a fast pace. While these mechanics will be slow to us - the human player - they’ll be happening almost instantaneously for Dr. Fisher, so a fast-paced story makes perfect sense. It’s easy to forget you’re not playing as her at times, though Observation is quick to remind you that you’re an AI, unshackled or otherwise.

Observation is due on May 21 for PS4 and PC players via the Epic Games Store.