The GeForce RTX 2080 Super is an interesting new addition to Nvidia's graphics card family, as at a glance it seems difficult to understand why it exists. It's rather good at what it sets out to do, however.

To understand why it feels that way, let's look at where the 2080 Super enters the market. It's a strange place. It's not mid-range, as that spot is filled both in pricing and performance terms by its little brother, the 2070 Super. It's not top-of-the-line as the RTX 2080 Ti isn't going away and remains the performance king. Then there's the vanilla 2080; while thats card is being discontinued and outright replaced by the Super variant, users will have a chance to pick one up at a clearance discount for a while yet.

The 2080 Super's value proposition is made a little more dicey by just how good the 2070 Super is. That card manages to get performance very close to the vanilla 2080, and with a little overclocking can actually surpass a factory-settings 2080 and get very close to a 1080 Ti, last generation's expensive graphics king (although admittedly a card that lacks the RTX series exclusive features). 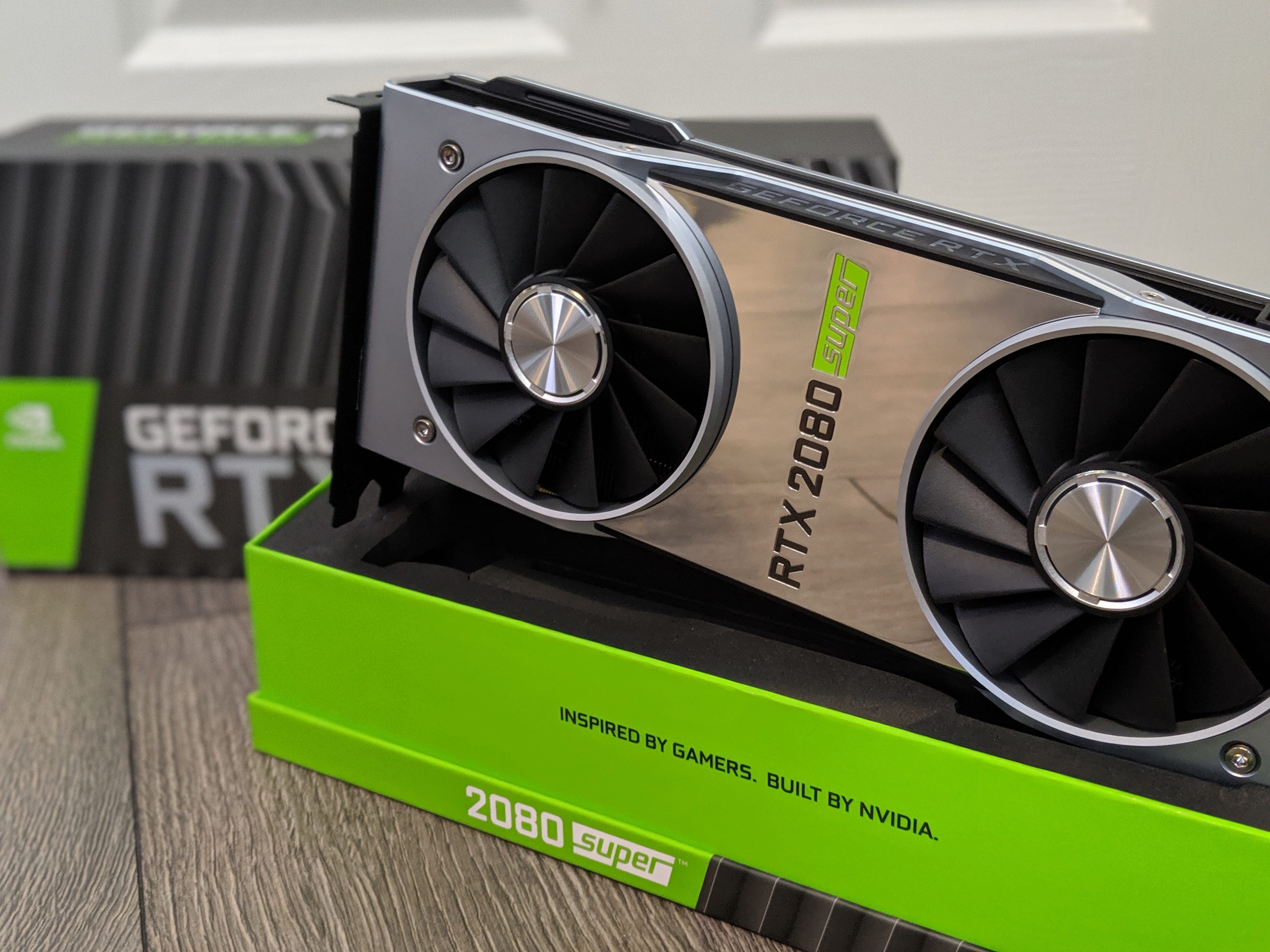 Don't get me wrong: the 2080 Super is good. Considering it's coming in at the same price point as the 2080, the fact that we're able to see an improvement anywhere between 5% and 10% in games versus that card is solid. In this sense the 2080 Super is a deal: the same price for a better card. The fact that the rest of the RTX Super range see larger improvements combines with the continued machinations of AMD to ensure that in spite of that this is an inherently less exciting package, however. The 2080 Super finds itself in a squeeze.

In real terms, this article could end there. For once I can quite literally do a 'too long, didn't read' that doesn't undermine the verdict: The 2080 Super is roughly between 5% and 10% faster than the vanilla GeForce RTX 2080 it is replacing. It'll retail for $699 / £669 or whatever your region's price of the vanilla 2080 was at launch. That's it. Based on that you probably already know what your level of interest is.

In game, the results are pretty straightforward. A first point of call for our GPU tests has consistently been Battlefield 5 - so here, running at 4K with ray tracing on ultra and without the use of DLSS to smooth out the ray tracing ravaged frame rate, the outgoing vanilla RTX 2080 couldn't hold a consistent 30fps. With the 2080 Super, that frame rate will rise just a touch, but it's enough to push it into the smooth 30 territory, a rise slap bang in the middle of that 5% to 10% improvement bracket. Drop the game down to 1440p but retain the other settings and the overall effect is the same - except here it'll push you closer to that coveted 60fps, but won't quite reach it.

Ray Tracing is a big reason to upgrade to these RTX shots, of course, and another ray tracing showcase is the excellent Metro Exodus. Metro fares a little better than Battlefield in the same setup, at 4K with ray tracing set to max and DLSS left out. Metro is a worse-performing game to begin with, hovering barely above 20fps with ray tracing on at 4K. The increase doesn't get you anywhere near 30fps either, proving that for true 4K with ray tracing this still might not be the card you've been waiting for unless you're happy with the trade-off of turning on DLSS. At 1440p this card again shines more, however, giving Metro a tidy performance increase over its predecessor once again. 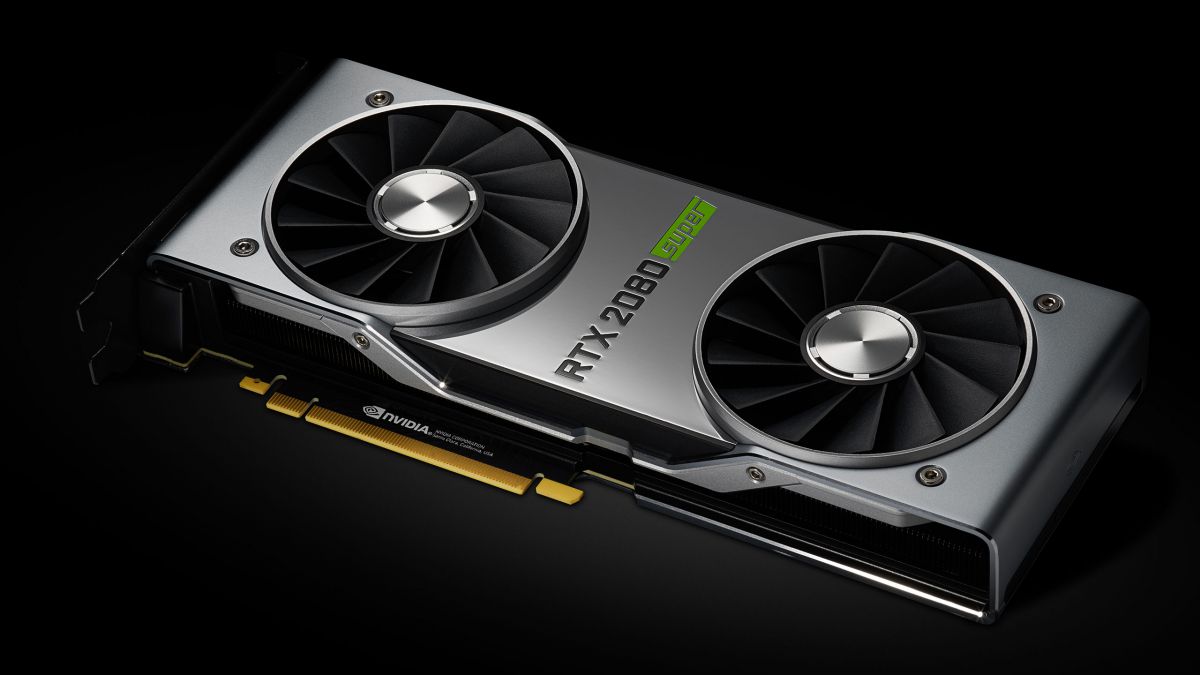 Forza Horizon 4 is gorgeous and runs well on a wide variety of cards, making it another strong test case. Maxed out at 4K and with 4x MSAA, a 2080 Ti will deliver Forza at around the 70fps mark. The previous 2080 could deliver a solid 60fps, too, but only barely, with occasional dips. The small performance increase the 2080 Super brings does allow the game to run at a more consistent, unbroken 60fps, slotting in performance-wise slap bang between its predecessor and its more powerful sibling. It beats the AMD Radeon VII, too. This perhaps demonstrates the difference best of all: the new Super variant of the card brings just enough power to push games that were previously borderline in performance terms over the top - but it's not enough of a power increase to make a significant difference if the game is particularly taxing, as with Metro.

Usually we talk about more benchmarks than this, but the truth is that this is a rather boring card from this perspective - there are no surprises or curveballs. It performs exactly as you'd expect across the board. Final Fantasy XV, Assassin's Creed Odyssey, PUBG, Total War: Three Kingdoms - everything tested falls into that same 5% to 10% performance boost over the vanilla 2080. Occasionally you might see something creep past 10% or dip below 5% - but generally the results are astonishingly consistent.

In raw terms of converting your hard earned cash into performance, the 2080 Super actually isn't as good a value as the 2060 Super or 2070 Super, both of which offer a far more significant increase over their predecessors. But then, this is a strange card - there is no other competition in this price and performance bracket other than Nvidia's own, so it sort of happily stands apart, doing its own thing. How relevant and popular this card will become will likely be down to how vendors tweak and position it - but Nvidia has delivered a predictable, quality base line if nothing else.