It doesn't take much to freak the gamer community out.

Cardboard toys? Priced at $70? From Nintendo?

That's all it takes. A genuine surprise. An out of the blue announcement that takes Nintendo's hit Switch console and flips ideas of what a game and toy can be.

It takes balls and free minds to come up with something like that. Everyone else has been too busy chasing Battle Royale modes.

So here we have Nintendo Labo, a set of card construction kits that turn the Switch into a robot suit, VR vehicle, musical instrument, fishing rod and more.

Combine that surprise with the need for everyone in 2018 to have an opinion and the snake-filled shitpit that is social media, and you'll find all of these unwelcome hot takes endlessely spewing up on your timeline for the next 24 hours. 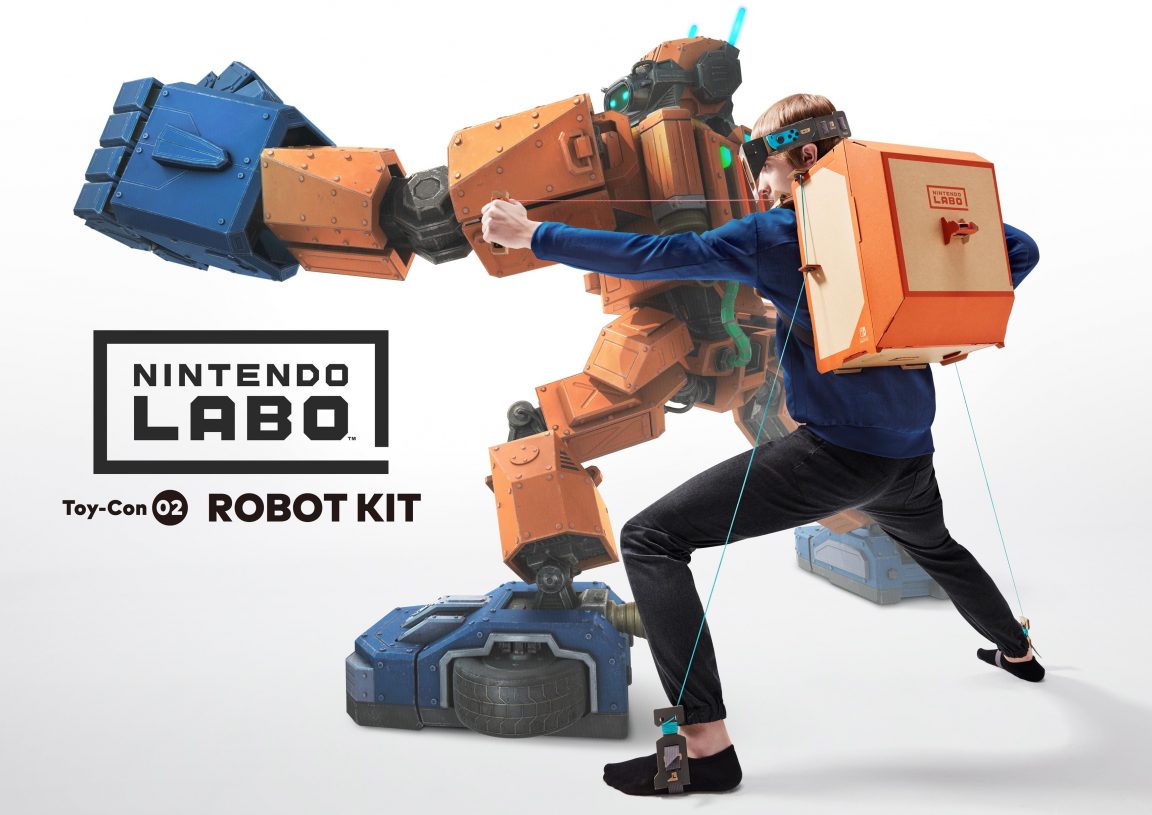 Let's start with the new and and innovative ways people are thinking of using the Nintendo Labo.

Testing out the dev kit for Nintendo Labo pic.twitter.com/du5sAHxb6Z

Ready to play some Doom on my Switch #NintendoLabo pic.twitter.com/qqWLDhbp40

Physical/digital/playful/interactive cities should definitely become a thing on the Nintendo Labo. Can't help but imagine wondrous cardboard cityscapes coming to life via the Switch.

You can always rely on games journalists to strike a blazing hot take.

Games press: “Good lord those wizards have done it again!”

Nintendo's Labo solves the age old problem of spending loads on your kids at Xmas only to watch them play with the empty boxes.

everyone pooping on Nintendo Labo is a joyless fuck

All these tech nerds talking about blockchains and cryptocurrency while Nintendo is printing money selling cardboard.

For anyone that is calling #NintendoLabo an overpriced pack of cardboard, I have one thing to say to you.

The ones who complains of 70$ for cardboard are the same people that said me I couldn't make a living of my drawings or that the computer makes the job for me. This looks SO good for people with kids and open infinite possibilities for the future. #NintendoLabo

Here's a brilliant aspect to #NintendoLabo: it's the polar opposite thinking of Sony and Microsoft. Labo isn't concerned 4K or processing power. It's purposefully low-fi, yet has no less scope in terms of application. #NintendoSwitch

Where would the internet be without a moggy or two?

The joke here is you get a piece of cardboard and draw a console on it and then it looks like a cardboard console that idiots would spend too much money on, you see?

BREAKING: Prototype of Nintendo Labo being sold on eBay pic.twitter.com/3h9rkiQ31v

#Nintendo what are we going to do with all these Wii U empty boxes?#NintendoLabo pic.twitter.com/iwDrG3jFOG

Hey, Twitter isn't all sniping and outrage. Some of it is genuinely funny.

And finally, this one's worth the wait...

Do you have a hot take you'd like to share? Please, put it on social media and not in the comments section below so we don't have to see it.