Rosalina in Smash Bros. and Mario Kart 8! A Zelda and Dynasty Warriors crossover! A new Chibi Robo game! Dr. Luigi on Wii U! NES Remix! Get all the news and trailers in here, friends.

Today's Nintendo Direct stream can be found through the link, and will focus on Nintendo's 3DS and Wii U slate from now until Spring 2014.

The stream opened with president Satoru Iwata promised some news on Wii U and 3DS titles.

First, a new collaborative effort promised to combine the action of Tecmo Koei's 'Warriors' series with Zelda. It showed Link cutting through scores of enemies hack-and-slash style, fighting huge monsters on a battlefield and opening a chest with that classic musical sting. The project's working title is Hyrule Warriors. It's due for Wii U and is not to be considered the next core Zelda title.

The bloody gorgeous and dangerously cute Kirby: Triple Deluxe on 3DS was next. A new clip showed off Kirby's new 'Hyper Nova' ability, which charges up his suction attack to crazy levels. The dream prince has four new abilities and must dodge threats coming from the background and foreground.

Triple Deluxe comes with two new modes. The first is Kirby Fighters, which is a four-player fight mode that sees combatants battling online using new abilities. You can play solo against AI if you wish. Next is Dedede's Drum Dash, which sees the tyrant king jumping on drums in time with the music to collect coins along to classic Kirby songs from across the series.

Next, Yoshi's New Island was confirmed as still in development at Nintendo, along with a new trailer that showed him gobbling up a giant Shy Guy to produce a huge egg. As ever, Mario was perched on Yoshi's rump looking adorable. The game is out Spring 2014. 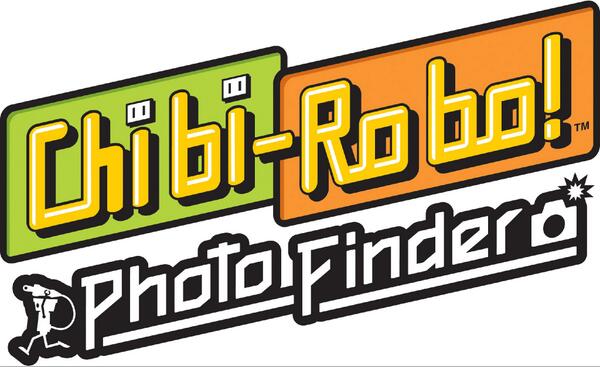 Iwata teased that the 3DS e-Shop will receive a new Chibi Robot title - Chibi Robo: Photo Finder - in which the metallic hero must help a museum prosper. he's been enlisted by the museum's curator to snap objects using his camera. You need to find real world objects, snap them with your 3DS and fit orders sent by the curator.

Once snapped, the images will become objects in the game that the curator will add to exhibitions. Lots of people need help around the museum, but Chibi Robo needs to watch his power supply at all times. Chibi Robo: Photo Finder is coming out in North America on January 9.

Iwata then confirmed that Pokemon Bank and Poke Transporter will launch December 27, and a free 30-day trial will be available until the end of January. Use either service before September 30 and you'll get Celebi for free.

Reggie Fils-Aime then confirmed that Bravely Default: Flying Fairy is getting a free demo on the 3DS eShop that will deliver a side-story to the main game. It's coming January 2.

Cranky Kong was then announced as playable in Donkey Kong Country: Tropical Freeze. Cranky and Donkey can unleash a team attack that turns all on-screen enemies into items. The game's out February 21 on Wii U.

Sonic Lost World is getting two new pieces of DLC. First up is a Yoshi's Island-themed world dubbed 'Yoshi's Island Zone.' It comes with pipes, Shy Guys and other staples from Yoshi's series, along with its classic soundtrack. The DLC is free and available now. Nintendo also teased some Zelda-themed content for the game in due course.

Wii Sport Club is getting golf today in Europe, and you'll can sample a free 24-hour trial across golf, tennis and bowling via the Wii U eShop right now. 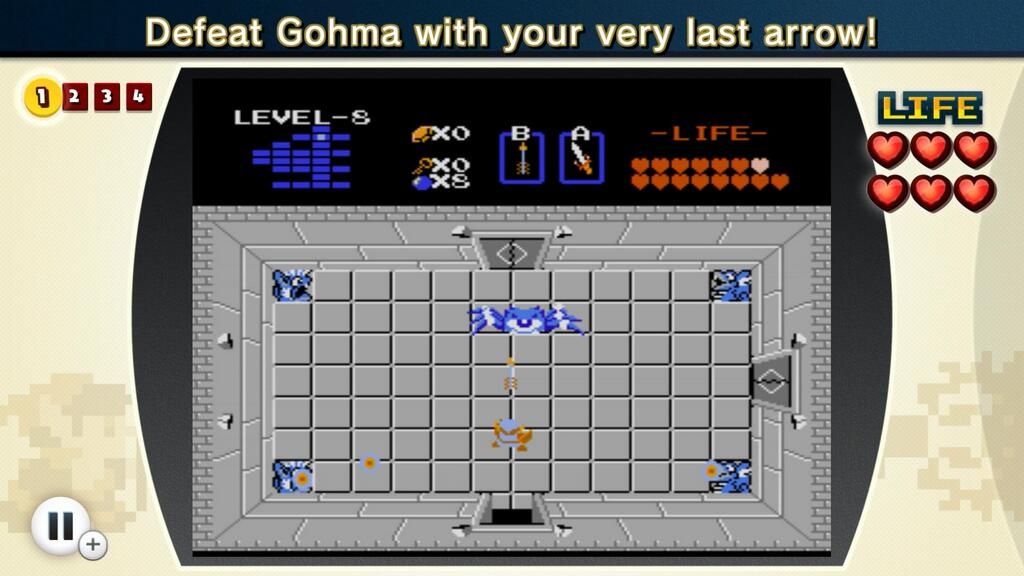 NES Remix was then announced. It takes 16 classic Nintendo titles such as Donkey Kong, Excitebike and The Legend of Zelda then mashes them up with new ideas and challenges. Its out today on Wii U at £8.99, and will reward players with 8-bit MiiVerse stamps: 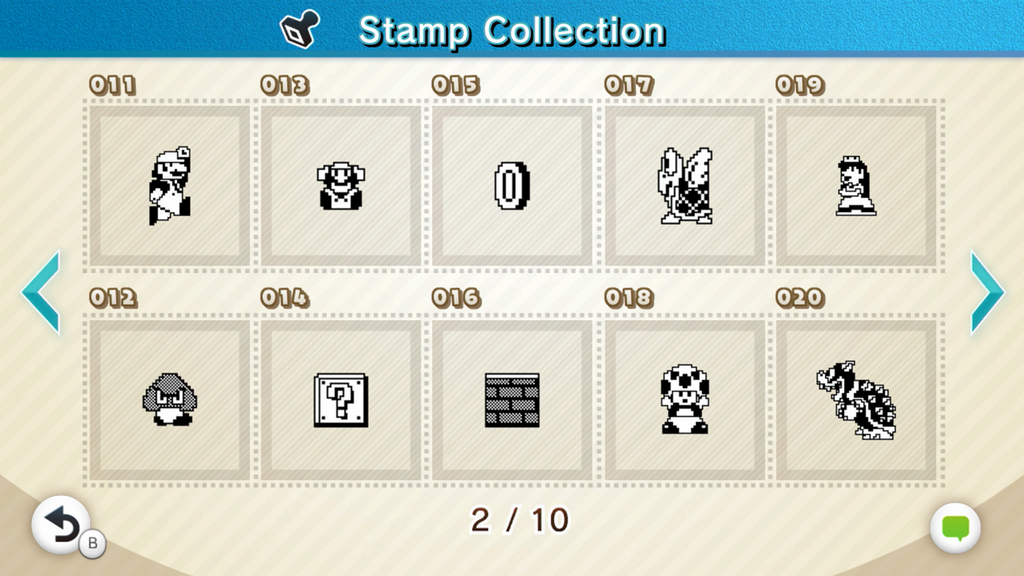 The year of Luigi continues with Dr. Luigi, a new take on the NES original Dr. Mario. It hits the Wii U eShop on January 15 in Europe, priced £13.49, and to the US on December 31. It adds new gameplay modes, online battles and pesky L-shaped pills into the mix.

Iwata then explained that if you register or link your Nintendo Network ID on 3DS between December 10 and January 31, Nintendo will gift you a free download code for Super Mario Bros. Deluxe.

Speaking of Mario, Super Mario Bros. 3 will hit the Wii U and 3DS Virtual Console on December 26. There will be discounts during launch week.

Super Smash Bros. and Mario Kart 8 then got trailers at the end. You can watch them below as soon as they go live, but interestingly, Rosalina and Luma were added to Sakurai's brawler. Look: 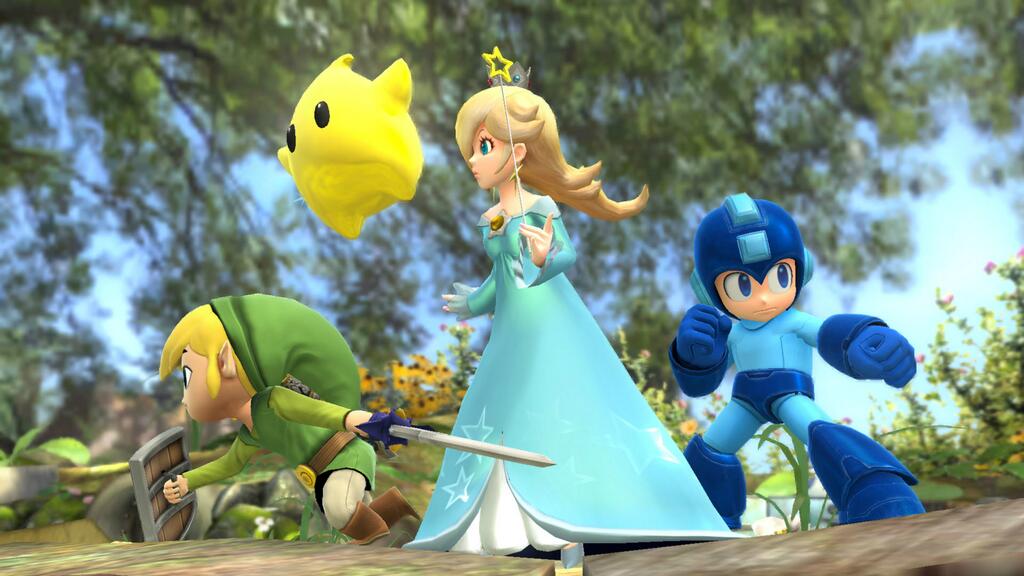 The duo are also playable in Mario Kart 8 along with Baby Mario and Baby Luigi. You can see them in the trailer below. Nintendo later confirmed in a press release that the racer will launch Spring 2014, and that he game's vehicle roster currently includes UFOs, four-wheel ATV buggies, standard karts and bikes.