Microsoft is making the Xbox Insider Program open to all.

The Insider Porgram is how Xbox One owners get to test out firmware updates and other features before they're released for the general public, such as the new Fluent Design UI update.

There are now four revamped tiers you can choose from, and certain prerequisites must be met in order to advance to higher tiers.

The old Ring names are also changing. Here's how the new system is going to work: 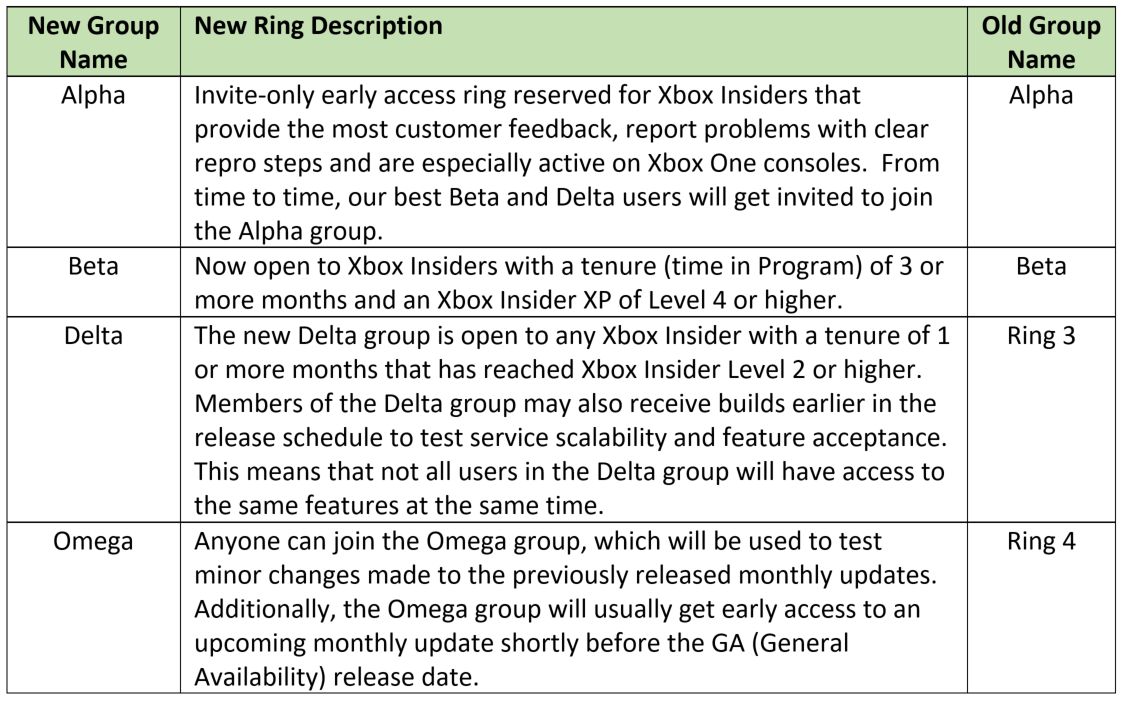 The biggest takeaway is that Omega is now open to all. In addition to testing out minor changes to existing updates, Omega members get access to firmware updates before their wide release.

Members in the Delta group won't all get access to the same builds at once, Microsoft noted. Instead, this will happen in waves that randomly select members to receive the builds.

Interestingly, going up a tier won't remove your access from the previous tiers below. This is important because it allows you to go down a tier when you want to, such as in cases where there are bandwidth limitations. The amount of data sent and received varies for each group, depending on the frequency of testing required, so this is a good addition.

Owners with multiple consoles can enrol each console individually, using the same gamertag, into the revamped program. You can learn more about the updates to the program, how to climb up tiers, and more through the official blog.

All of this is already live, and you can manage and track your progress through the Xbox Insider Hub.