It doesn't look like a pro Magic: The Gathering Arena championship player will face reprisal for pro-Hong Kong protests.

Magic: The Gathering Arena pro player Lee Shi Tian closed out a stunning performance at the Mythic Championships with a protest of his own. 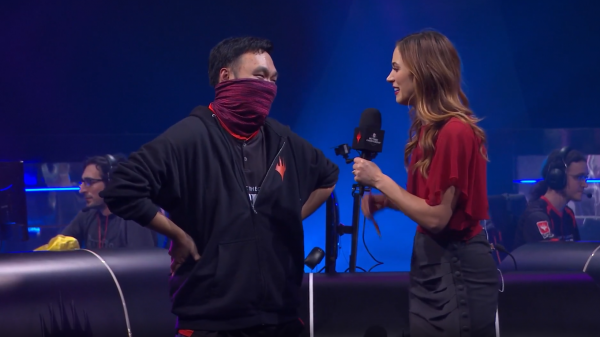 "Life has been very tough in my hometown, in Hong Kong," Tian uttered, before explaining his victory. "It feels so good to play as a free man!"

While Blizzard came down hard on vocal Hearthstone players, it doesn't appear Tian will face repercussions. A moderator for the stream's Twitch chat claims Wizards Of The Coast issued instructions to "allow and not touch any and all of those kinds of mentions of HK". (via Dextero)

Some inside baseball re chat: mods actually had instructions to *allow and not touch* any and all of those kinds of mentions of HK.

Tian, meanwhile, is happy that nobody stopped him from using his platform to protest. While he's sure WOTC will face pressure like Blizzard and the NBA, he urged players to reward the developer's actions. Play their games, particularly if you're a Hearthstone player.

This lighter protest comes mere days after US Congress urged Blizzard to roll back their punishments against Blitzchung. Just last week, the studio also hit American Hearthstone collegiate protestors with a similar ban.

With BlizzCon just over a week away, Blizzard has a tough job lined up if it wants to get past this spectacle.