Luigi's latest adventure is linear but incredibly charming, and a great Halloween title.

While Mario gets globe-trotting adventures and a magic hat, the more timid Mario brother seems to always get the messier jobs, and is thus strapping on his vacuum turned ghost-trapping device once again. Luigi has the worst luck - or does he? Luigi's Mansion 3 has a quality and energy to rival even Mario's solo adventures.

Luigi's Mansion 3 is one of those video game sequels that is paradoxically easy to describe and thus fairly difficult to actually write about. It's an interative sequel in a franchise that's still youthful enough to have a fairly predictable trajectory - so this mansion is bigger and more detailed than before, but also much the same. So is Luigi's move set, the enemies he faces, and the stakes in the plot. It's all an incredibly natural escalation.

The first game in the series, on GameCube, took place in a single mansion over a couple of floors. The second title, for 3DS, had a few mansions to explore. The Switch adventure now takes place in a hotel - so instead of one or a few small buildings, there's now one enormous one. That all adds up well enough.

The hotel structure of Luigi's Mansion 3 is important, as it actually changes the structure of the game. Luigi won't be able to reach higher floors of the hotel until he unlocks them by getting his hands on the elevator buttons for each floor, and these usually drop from bosses. Each floor is a more discrete 'level' of sorts, meaning that the slightly open-ended structure of the previous games is swapped out for something a little more linear. You complete a floor, capture the ghost boss, get a new elevator button and then advance on up the towering hotel. Rarely is there a reason to backtrack.

Luigi is working his way up the hotel's floors rather than just running for his life because Mario, Peach and a gang of Toads are all being held captive on higher floors. It's Luigi's chance to shine again, and with the help of Professor E. Gadd and his inventions you set out to capture the ghostly villains behind the hotel and rescue your friends. Simple enough.

The linearity of the game's structure came as something of a surprise to me. Though there are online and offline multiplayer and co-operative options to help make up for it, it does feel something of a disappointment given what the Switch can accomplish compared to the previous machines this series has appeared on. This isn't to say that there isn't plenty optional to do, however: every floor has numerous optional challenges and puzzles, items to find and special paintings to uncover that spit out cash or other bonuses. 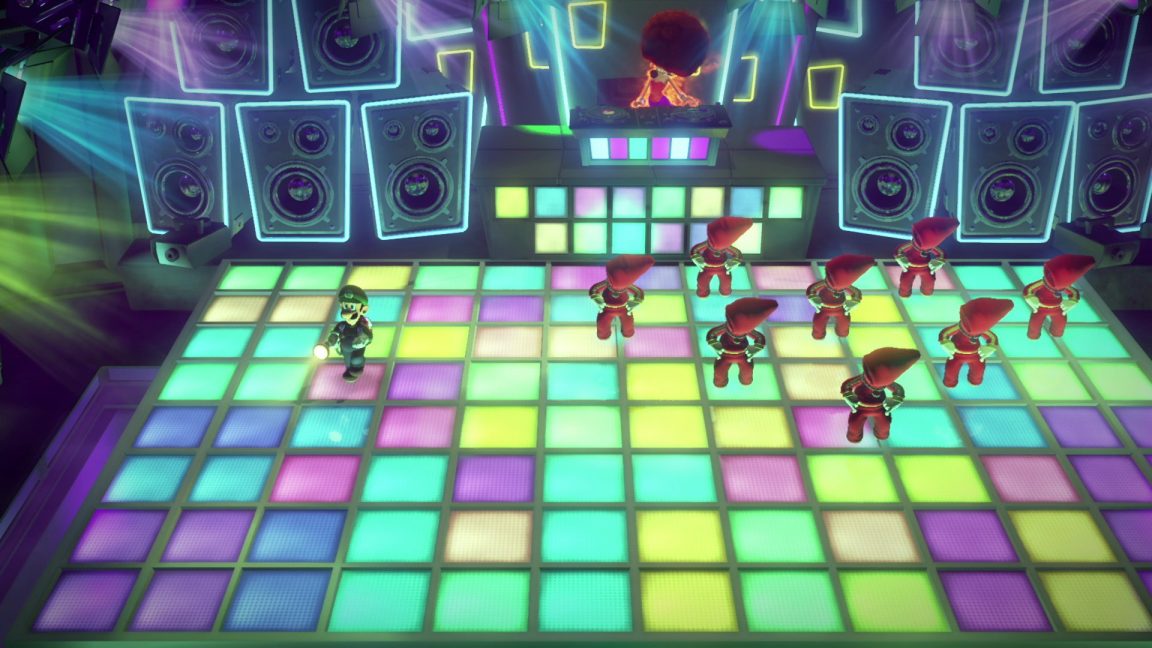 Luigi's Mansion 3 is arguably at its best when you sink into its systems in search of such secrets. You'll be checking every nook and cranny of every room, using your vacuum to blow or suck at every carpet, every curtain, every item of clothing on a clothes rack - shifting it all aside or sucking it up in order to see if a secret lurks behind. As the game progresses, Luigi's move set expands slightly, but most of your key tools are introduced extremely early on.

It's in these moments that the game's most impressive asset shines - lovely, intricate animations that warm the heart and just bring a wonderful energy and tone to the adventure. Luigi's Mansion is a game about ghosts, ghouls and creepy things, of course, but only in the same way that Disney's Haunted Mansion theme park ride is - it leans into the ghost cliches from other mediums with an infectious glee.

Despite the hotel being in a haunted decay, it's a place you'd actually want to visit. It's a world that'll be scary to younger ones and endearing to the older segment of the audience - a game you'd play on Halloween, its release date, to soak up the atmosphere of a sort of kitschy, silly, toy-store spookiness. 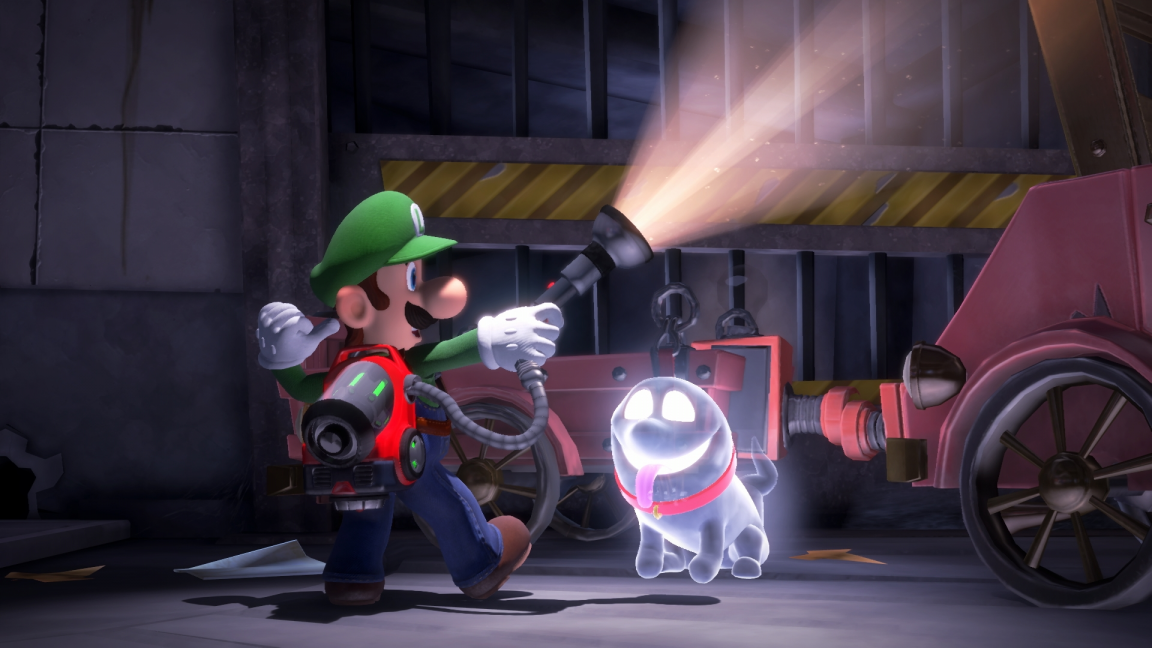 I can honestly say that I love the game for that. It's all about the little things, like ghosts that are clearly just having fun causing havoc, the way Luigi interacts with his ghost dog buddy, the over-the-top flourishes from bosses and many little twitches and tweaks in animation that seem to be tailored to the many different situations the thin green one finds himself in.

The three Luigi's Mansion games have arrived over a fairly long period of time, but it does feel significant that all three titles feel very broadly close and similar - something not too common for Nintendo first-party fare. There's nothing wrong with that in this instance, though - this is a charming adventure with a lovely level of polish and detail, even if much that it does has been seen before.