Xbox One is getting a branded Killer Instinct fight stick, courtesy of Mad Catz. Microsoft's Major Nelson has revealed the prototype and the manufacturer has responded to fan feedback regarding the design. 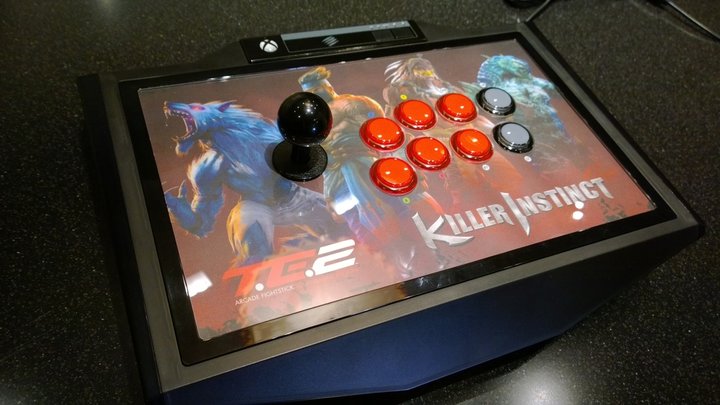 There it is folks. Mad Catz member Mark Julio has since taken to NeoGAF to address feedback on the device, after some gamers suggested that the design appeared washed out.

He said, "I don't think they took the thin protective sticker off the stick's top panel. So it kinda makes the artwork look washed out. It looks much better in person."

The stick is due in Winter.